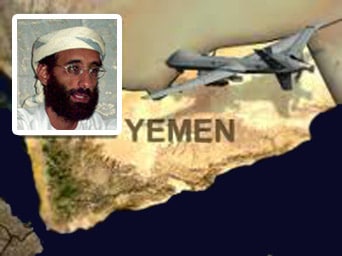 There are some scandals that refuse to die, either because they are never fully investigated or because those responsible for them never paid the price they should have. –Gideon Levy

Issues that should concern everyone, but especially in America, have been subverted, degraded, perverted, retracted, eradicated, expunged, obscured, obliterated, squashed or (simply) zapped!

Cover-ups have kept these issues under wraps for all but those whose concern for the truth provokes them to do serious research, primarily on the internet.

The mainline media rarely touch these topics; and when they are discussed in the alternative media, the discussions are limited to a few who have been following the issues closely.

Obscured issues that deserve more than a passing interest include:

“Earlier this year, the American military renewed its campaign of airstrikes in Yemen, using drone aircraft and fighter jets to attack Qaeda militants. One of the attacks was aimed at Mr. Awlaki, one of the most prominent members of the Qaeda affiliate group.”

According to the Guardian, “Awlaki became the first American citizen to be placed on the CIA’s list of individuals around the world who the agency aims to kill or capture. His killing was approved by Barack Obama in April 2010. The news provoked strong condemnation from civil rights groups.” 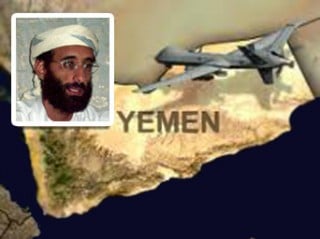 Confirming Awlaki’s death, Obama cited a link to the failed Christmas 2009 bombing of an airliner heading for Detroit and a bid to post bombs to synagogues in Chicago on cargo planes last year.

It had become clear that the use of drones in assassinations could no longer be kept under wraps.

The same strike that assassinated Awlaki killed Samir Khan, an American editor of a glossy magazine used as a propaganda and recruitment tool by al Qaeda in the Arabian Peninsula.

Writing in Truthout, Ramzy Baroud reported on the censored death of a Gaza boy killed in a drone attack by Israelis. The father told Baroud:

“Both of Ibrahim’s arms were cut off. He had a hole in his lung. Parts of his legs were missing. His kidney was in a bad condition…we need people to stand with us…”

Baroud reported that “Ibrahim Zaza was merely a 12-year-old boy. He and his cousin Mohammed, 14, were hit by an Israeli missile in Gaza, fired from an un-manned drone as they played in front of their house.” 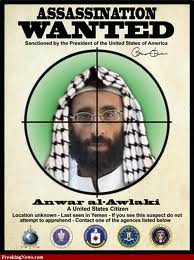 According to Baroud, “Palestinians were punished for an attack at Israelis that reportedly accrued near the Israeli border with Egypt. There is no evidence linking Gaza to the attack, and Egyptian authorities are now disputing the Israeli account altogether.”

Both the U.S. and Israel have apparently adopted a war machine of unmanned drones to eliminate any enemy–real or perceived.

With drones, the commanders fly their attack weapons into enemy territory with no risk to a flyer’s life. Nothing more than a remotely guided machine can be lost.

The deaths and destruction at the end of missions need not be seen by the attacker. The controller of the destructive drone need not lose sleep or suffer pangs of guilt remembering his unseen victims.

The perfect exterminator is on display.

OOOPS, WE FORGOT TO TELL YOU ABOUT ROTH IRA’S TAX-PAYMENT RULES

The Boston Globe (Boston, MA) August 25, 2006 | HUMBERTO CRUZ A reader reminds me of a potential pitfall of IRA conversions:

“I’ve read a few articles, including yours, about the benefits of converting a traditional IRA to a Roth IRA. I did this last year [converted just enough to stay in the 15 percent tax bracket] but now it seems I’ll be paying a penalty because of not making estimated tax payments. None of the articles I’ve read about IRA conversions mentioned making estimated tax payments to avoid a penalty. This is an important point.” I plead guilty to this oversight, as should other writers. Just like you, I don’t recall seeing any articles about this issue. Allow me to do one now, starting with some basic explanations.

A traditional individual retirement account lets your money grow tax-deferred until withdrawn. Based on eligibility rules (a bit too complex to get into here), you may get a full or partial tax deduction on your contributions. When you take the money out, you will owe ordinary income taxes on the previously untaxed money, including all account earnings.

A Roth IRA never gives you a tax deduction. But once you turn 59 1/ 2 and have had the Roth IRA at least five years, withdrawals are tax- free. Unlike traditional IRAs, Roth IRAs are not subject to required minimum distributions after age 70 1/2 that can create unwelcome tax bills.

For these reasons, many financial advisers recommend that people who have a traditional IRA and are currently in a low tax bracket consider converting all or a portion of it to a Roth IRA. Your modified adjusted gross income on any year you convert, not counting the amount converted or IRA required minimum distributions, cannot exceed $100,000. go to site estimated tax payments go to web site estimated tax payments

When you convert, you owe taxes on the amount converted as if you had withdrawn it from the traditional IRA which in effect you have but without the 10 percent penalty normally imposed on withdrawals before age 59 1/2.

Basically, what you’re doing is deciding to pay taxes now so you won’t have to pay them in the future, presumably when the converted IRA will have grown to a much bigger amount. Conversion makes the most sense if you can pay the taxes due without exceeding your current tax bracket and if you expect to be in a higher tax bracket in the future.

So far so good, but about the problem of estimated taxes?

According to our tax laws, it’s not enough that we pay whatever we owe every April 15. We must pay our taxes as we go, throughout the year.

When you have taxes withheld from a paycheck, the withholdings take care of this requirement, provided you don’t owe too much at the end.

If you don’t withhold enough or don’t have money withheld at all if you are self-employed, for instance you must make estimated tax payments four times during the tax year, by April 15, June 15, Sept. 15, and the following Jan. 15.

When you convert a traditional IRA to a Roth, the additional taxable income from the conversion may require you to make estimated tax payments. (One exception would be if you have taxes withheld at work and the withholding is already high enough or can be increased to take care of this new tax liability.) Otherwise, failure to make the minimum required estimated payments could trigger a penalty, even if you pay the full amount due by April 15.

What this means in essence is that taxpayers subject to estimated payments must figure out their taxes not once but four times a year. About two-thirds pay too much or too little.

I’ve been able to come on target so far by faithfully keeping track of taxable income and potential deductions in an Excel computer file I created on my own. For the Internet-savvy taxpayer who doesn’t want to bother with formulas and calculations, a new Estimated Taxes software and annual online subscription service from TurboTax, including free electronic filing of estimated payments, is well worth considering. (Information at www.estimatedtaxes.turbotax.com.) All taxpayers (I do) can make free electronic payments at the government’s Electronic Federal Tax Payment System website, www.eftps.gov.