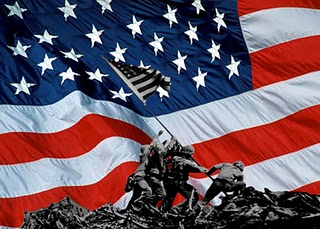 Our veterans’ community is 27 million strong. Let your voice be heard. Our nation is at stake.

It has taken a while for mainstream media to cover the Occupy Wall Street demonstrations.  What took them so long ? Is the media spinning the why and wherefor and main purpose of the demonstrations? Now three weeks into the protests has the coverage begun, or has the world, or a window of it, come to them ?

Here’s a recap of analysis of this weeks’ coverage.

This story from RT discusses the Mainstream Media biased reporting and what they have been focusing on and what they have not, with Marcel Cartier, a rapper and activist who was at the demonstrations. He shares what it was like. He is joined by Chris Chambers, a journalism professor at Georgetown University, who gives some insight on why the media avoids covering the protests.

In response to the host’s question if whats been going on is the start of a Revolution movement, Marcel Cartier,who is part of a coalition called ANSWER (Act Now to Stop War and End Racism), said:

What we see right now is the embryo of a very broad fight-back movement which has the potential to grow into something large….It started spontaneously…I initially joined a spontaneous march the day after Troy Davis’ legal lynching, at Union Square, and we were brutally attacked by the police… the NYPD brought out their batons, rubber bullet guns, tear gas and had no regard for the fact that it was a peaceful protest…it is then that we continued the march and ended up going down to Wall Street…that is what gave the wall street protests its militancy…it really showed the fear they had of people really organizing…I hope that it is a beginning of a Revolution movement…what we need to do is organize, organize, organize, in order to get there…

In response to the host’s question about why media is only reporting on the ugly aspects of the protests, Christ Chambers  said:

You have to look at the core bias of the networks. I mean they do benefit from this from corporate ownership of the media since the 1980s…but that’s pretty structural and pretty much something that we all expected. What’s underneath this is a basic bias in this country against this kind of grass roots movement when it’s not from, say, the right wing.

Look at the treatment you have right now…even Stephen Colbert…you’d think they’d be very sympathetic to this. They’ve treated this almost like a 3-ring circus and they’ve focused on the people wearing the funny hats, the “hippie” aspect of it…you know, the smelly, hippie people sleeping in a park and then protesting. That kind of bias builds up and that plays well to the average American who’s still wondering what’s going on.

Over the Weekend, more protests sprung up in American cities: Washington DC,  Los Angeles, Boston, Albuquerque. In NYC, over 700 protestors were arrested (including Natasha Lennard, a freelance journalist reporting for the New York Times) on the Brooklyn Bridge.

Jesse LaGreca being interviewed by a Fox producer for a segment on Greta van Susteren’s show.

For some reason, it didn’t make the cut…

The New York Observer has the full story and the transcript of the interview here.

To stay up to date with the progress of the protests and to join in or organize your own, here are some resources:

Some say without media coverage, protests and demonstrations can’t grow. The MSM won’t have much choice but to bring the protests more front and center if the momentum keeps building says blogger Carlo Alcos. Jeff Gates was right when he called on the US Military Veterans groups to mobilize. The numbers could be boosted in a big way when organized groups like the US Military Veterans groups and the Labour Union groups show their support.

The Transport Workers Union (TWU) Local 100  has committed; they alone have a member base of 38,000.

Sources: Carlo Alcos , RTAmerica, Occupy Wall Street, Occupy Together, We Are the 99%.