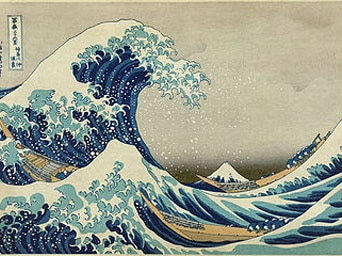 Dangerous developments in the bizarre Canary Islands earthquake swarm, which began in July, have the government of the small East Atlantic nation worried — but the threat reaches far beyond, across the ocean to the U.S. East Coast.

Eleven years ago the BBC introduced the Canaries mega-tsunami theory to the English-speaking world in a broadcast special, since then rebroadcast widely and frequently, that named La Palma as the trigger for an Atlantic Apocalypse:

“What will happen when the volcano on the Canary Island of La Palma collapses? Scientists predict that it will generate a wave that will be almost inconceivably destructive, far bigger than anything ever witnessed in modern times. It will surge across the entire Atlantic in a matter of hours, engulfing the whole US east coast, sweeping away everything in its path up to 20 kilometers inland. Boston would be hit first, followed by New York, then all the way down the coast to Miami and the Caribbean.” — BBC, October 12, 2000

The mainstay theory seems perilously possible now, but the mainstream media is strangely silent about it. After airing the mega-tsunami scenario when it was an abstraction, why do they avoid it now that it’s becoming an actuality? While it’s bad for journalists to be an alarmist, it’s far worse for them to not report an alarming possibility, or for his editors to bury their reports. While Internet investigators are ridiculed as conspiracy theorists, in the case of a possible mega-tsunami — one that could liquidate millions of lives — there is plainly a conspiracy of silence. After Fukushima, how can a journalist wave off a tsunami story?

The extracts below, from present to past, document the danger. They are from sources that differ about much, but agree about the danger of a mega-tsunami.

When Will The Canary Sing?

Scientists from several countries have cautioned that should a volcanic eruption occur and part of the Hierro land mass sluff off into the ocean, a mega-tsunami could erupt and have a dramatic effect on the Eastern shores of the United States, where people within a 20-mile radius of the coast would have about eight hours to evacuate. — The Lone Star Iconoclast, yesterday

“Volcanic activity on La Palma – the most tectonically active of the Canary Islands – could trigger a mega-tsunami that would cause extensive damage all down the Atlantic Coast of the U.S., the Caribbean, Western Europe, West Africa and the east coast of South America.” — Current TV, October 4, 2011

“You won’t find this on the front page of the New York Times or anywhere on CNN, but if you have your ear to the tracks you might’ve heard rumblings from far off in the North Atlantic Ocean where, near the Canary Islands, there have been an incredible number of earthquakes recorded in the past week — 620 and counting, 400 in just four days!” — Your Weather Blog, July 28, 2011

“‘We have lots of money, resources, and new weapons that no one knows about. With them we will destroy any part of the planet within 15 minutes. Not an explosion, not a ray burst, not some kind of laser, not lightning, but a quiet and peaceful weapon. Whole continents will be put to sleep forever.’” — The Nation, May 18, 2011 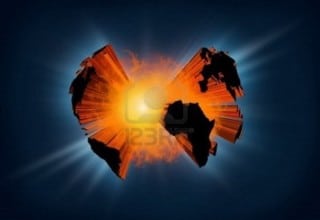 “The incidence of historic worldwide earthquakes is increasing, especially since 2002. Whether earthquakes are tied to global warming, or to the High Frequency Active Auroral Research Program (HAARP), which some scientists say is utilized by the military to cause droughts and hurricanes, the advent of the increased numbers is worthy of concern and of additional study.” — The Lone Star Iconoclast, July 24, 2006

“On the evening of July 28, 2005, the Southeast Texas sky erupts into a hurricane of fire, dozens of miles high and wide, over the blazing BP refinery in Texas City. Captain May’s voice reveals his fear of a BP nuclear attack. His earlier national warnings of a Houston false flag have been validated. The tension builds when a helicopter begins circling his position. At the end of the interview, he calls for a military coup d’etat counterattack.” — Cloak and Dagger, July 28, 2005

“‘Others are engaging even in an eco-type of terrorism whereby they can alter the climate, set off earthquakes, volcanoes remotely through the use of electromagnetic waves.'” — Department of Defense transcript, April 28, 1997

I dedicate this article to my friend and editor W. Leon Smith, the bravest American journalist of our troubled times. He practiced what he published, and paid the price in pain.

The Spokesman-Review (Spokane, WA) August 16, 2007 Byline: Donna Tam Aug. 16–Everything was perfect. Her makeup was flawless. Her veil was flowing. Her white wedding dress, strapless, the lace glittering with beading, was elegant and beautiful. Not at all nervous, Lisa Underwood was ready to take the plunge.

With dozens of people gawking, she jumped into the columns of water shooting up from the Riverfront Park fountain. Today she and her $700 wedding dress had been through it all: at the back of a furniture warehouse, sliding down the Radio Flyer structure into the sand, and even sitting in bird poop under train tracks.

Married last month, Underwood, 21, was participating in a photo shoot called a “trash the dress” session. The idea, said photographer Lori Adalsteinsson, is to create high-fashion style photos in unlikely settings without worrying about the condition of the dress.

“It’s just running around and having fun without worry about the dress,” she said. “It’s not the goal to ruin the dress, but more about being real.” Underwood isn’t the only bride attracting stares. Sessions have popped up all over the United States, many of them chronicled on a trash-the-dress blog, a site that has even inspired overseas photographers to start their own trash-the-dress sites in the United Kingdom and the Philippines.

Adalsteinsson said she has been doing similar sessions for years. She also applies the trash-the-dress concept to bridesmaid dresses and prom dresses. website easrer dresses

“These gals spend all this money on these fancy dresses,” she said. “It always drove me nuts when people were afraid of getting them dirty.” She’s scheduled to do sessions with another bride and three teenagers who want to model their prom dresses. A three-hour session starts at $599.

“There’s such a stigma with wedding dresses. Don’t step on the dress; don’t get dirt on the dress,” Adalsteinsson said.

At one point they end up underneath a railroad, staring at the trestles. Everything is covered in bird poop, including the trestle Adalsteinsson has Underwood climb up on. Underwood sits in a striking pose, exaggerating her angles like a model in a fashion magazine. There are cars going by around the island they are on. Countless drivers honk, whistle and yell out cat calls.

Underwood enjoyed being a model.

“I should wear a wedding dress every day,” she joked.

Earlier generations of brides may disagree. For them, the gown weighs heavy with tradition. The dress is only worn once in public before being sealed in a preservation box and entombed in an attic or closet for safe keeping.

Underwood’s mother-in-law told her it made her sick to her stomach when she found out what Underwood had planned for her wedding gown. But it didn’t deter her. She wanted to get the most out of her dress since she spent so much money on it.

“I wanted to do something worthwhile,” she said, adding that she didn’t want to just store it in her closet forever. “It’s better in a picture as artwork.” It took Underwood two tries before she settled on that particular wedding dress. The first dress she ordered online. When it arrived in the mail the dress wasn’t what she had expected, so she ended up at Celestial Designs, where she finally found the right one. It was the dress she wore the day she married her high school sweetheart, Oliver. this web site easrer dresses

Celestial Designs’ owner Erlene Clifton, who has been selling wedding dresses for seven years, has heard of the extreme versions of these sessions where brides actually try to damage the dress. She doesn’t think the trend has really caught on here, but she can’t imagine why anyone would want to do it. She can’t imagine how they could.

“Women attach feelings to these dresses,” she said. “Probably more than any other piece of clothing.” Clifton has kept her dress since she was married 37 years ago. It wasn’t preserved properly, so it is yellowing, but she made it by hand and she’s going to continue to keep it.

“I would never do that,” she said.

Thompson and her husband, John Thompson, were in the store to visit the wedding consultant who had helped her with the dress she got married in last August.

“That’s your day. That’s your dress. That’s your day to be a princess,” she said. “My daddy cried when he saw me in my dress.” Her dress is preserved, safely stored in a box. The day after John proposed, she found it at Celestial Designs, but she kept searching just in case.

“I went to every shop in town, just to make sure it was the one,” she said, laughing a little.

On their wedding day, the couple was careful not to get the white gown dirty.

“I wouldn’t let anyone get within two feet of her dress if they had anything in their hands,” said John. He doesn’t think these sessions can be justified as a modern trend.

“Times change, traditions change,” he recognized. “But keeping the dress, keeping some of the silverware … those traditions don’t change.” For Underwood, the traditions aren’t set in stone. The dress can still be cleaned and kept, or she could do another session, this time with her husband.

“I’m glad I got to do it,” she said. “That was awesome.” After the fountain, a shivering Underwood makes her way back to the car, water dripping from her arms as she carries her skirt, now bloated with water. Most of her makeup has washed off and her wet hair hangs limp. She’s smiling. In the car, she changes out of her dress and hands it to Adalsteinsson, who is surprised by the weight.

“Wow, feel how heavy that is,” the photographer said. She folded the dress up and tossed it into the back of her trunk, and the two women drove off to another spot.