Home Health A Death From Cancer, and a Search for Answers 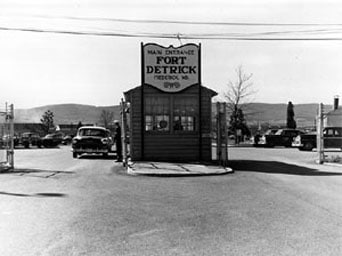 By Matthew Hay Brown and Timothy B. Wheeler, The Baltimore Sun

October 08, 2011|FREDERICK — — Randy White had just buried a daughter, dead at 30 with a brain tumor. Now his other daughter had been diagnosed with growths in her abdomen.

When doctors told White in 2009 that their conditions were likely caused by something in their environment, the Frederick native thought of Fort Detrick. His children had grown up near the Army base.

Detrick was home to the nation’s biological weapons program from the 1940s through the 1960s. It remains a key center for medical research.

“Anybody that lives in Frederick knows all the rumors,” White says. “It’s kind of like, ‘Fort Detrick, they created anthrax, we knew that, smallpox …’ It just clicked for me.”

For decades, Frederick residents had speculated about the possible effects of the experiments at the base on the health of the surrounding community. But it took a grieving father with scientists, lawyers and money — White says he has spent more than $1 million so far — to drag questions about contamination and cancer out into the open.

White hired epidemiologists and toxicologists to monitor the air, soil and water around Detrick. He asked neighbors about their health histories and paid for lab tests to measure the toxins in their blood. He shared his findings with government officials.

The county and state health departments are now studying the cancer rate within a two-mile radius of the base. The Army has released details of Agent Orange testing. And local, state and federal officials are meeting regularly with the community to discuss their progress.

“Without him standing there shaking his hands and dancing around, it would not have gotten this much attention,” says Jennifer Peppe Hahn, a survivor of Hodgkin’s lymphoma, growths on her pancreas and thyroid, and breast cancer.

“When Randy came forward about his daughter’s death,” she says, “somebody had enough money and enough passion at that point that nobody could ignore it.”

White, a former evangelical pastor and a businessman who first contacted officials last year, is demanding information about activities at Fort Detrick past and present, an apology to the people he believes were sickened, and a congressional hearing “so this never, ever happens again in the United States of America.”

He also has filed a mass tort lawsuit. He has been joined by more than 100 fellow plaintiffs.

“I didn’t want to fight, but the fight kind of came to me,” says White, 53. “I had lost my daughter, and then my other daughter was so sick. Our whole motive behind this thing was just to bring resolve and full disclosure.”

The Army says it has no indication that Fort Detrick is currently contaminating its surroundings, and it is responding to the community’s concerns.

State health officials, who are studying the incidence of cancer in the area during the last two decades, say they have found no evidence of a cluster.

But White says the state’s cancer registry is incomplete and out of date. He says his own scientists have found continuing contamination.

“Everything I say is backed up by scientific fact,” he says. “It’s not something we just dream up. … We just want the truth.”

Fort Detrick is a 1,200-acre campus in northern Frederick that today is home to a variety of military and civilian organizations involved in medical research and development, including a National Cancer Institute facility. For years, it was known primarily for its work on biological warfare agents, including anthrax and smallpox.

Scientists developed and tested biological agents there from World War II until 1969, when President Richard Nixon banned research into offensive biological warfare. Since then, researchers have focused on defending against biological attack.

They used Area B, a 399-acre tract on the western side of the base, as a proving ground to test methods of delivering biological agents. The area also was used as a dump for castoff laboratory equipment and materials.

Anthrax was buried in Area B, according to the U.S. Environmental Protection Agency, though the Army says it wasn’t the type that can make people sick. Army records also indicate the spraying and disposal of a small quantity of herbicides or weed-killers, including the active ingredients of Agent Orange, the defoliant that was sprayed extensively by the military in Southeast Asia during the Vietnam War.

But the most widespread chemical threats found around Fort Detrick have been more commonplace: trichloroethylene (TCE) and perchloroethylene (PCE), both solvents used for degreasing metal and in dry cleaning. Both chemical are known carcinogens.

The chemicals showed up in groundwater on the base, and in 1992 state officials found unsafe levels of TCE in the drinking water of four homes just outside Area B. The Army connected three of the homes to public water; the fourth house was torn down, according to the Maryland Department of the Environment.