Home Veterans New 9/11 Investigation May Be In The Offing 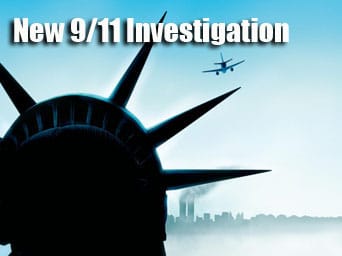 Ten years have gone by since the terrible attacks on New York City and the Pentagon yet there is no closure on what happened on “9/11” and who was behind it. An initiative led by former Alaska Sen. Mike Gravel, a Democrat, will be on the Massachusetts ballot next year if he gets 70,000 signatures by December. “Polls have repeatedly shown that millions of Americans seriously doubt the official story about 9/11,” Gravel said.

According to a report by Byron Belitsos published in the September “Rock Creek Free Press,” of Washington, D.C., “thousands of courageous Americans have lent their names to the call for a new investigation, including over 200 senior military intelligence and other government officials; over 1,500 engineers and architects; over 250 pilots and aviation professionals; and over 400 professors.”

Critics of the official spin point out that even John Farmer, the 9/11 Commission’s own senior counsel, stated that, “At some level of the government, at some point in time…there was an agreement not to tell the truth about what happened.”

There are just too many unexplained happenings and coincidences, too many people on the scene—photographers, reporters, ambulance drivers, etc.—who had no reason to lie about what they saw—whose testimony shreds the official Bush regime findings.

To begin with, you have to put 9/11 in the context of the times. You might think no group of Americans could perpetrate such a dastardly crime against their fellow citizens and then lie to cover their tracks, except that it happened when George W. Bush was president.

Here’s a man who lied about the reasons for making war on Iraq, an even bigger crime against humanity than 911. Bush killed maybe a million people in Iraq. Somebody who does that might just as well wear a swastika arm band. It’s no stretch of the imagination to suspect a man that low of attacking his own country just as Hitler’s Nazis probably set fire to their parliament as an excuse to expand their repressive policies.

I can’t begin to discuss all of the 9/11 happenings that strike me as unusual but here are a few for starters:
(1) Doesn’t it strike you as odd that of about 1-billion families in the whole world, Osama bin Laden, the mastermind of 911, was a man whose family did business with the Bush family?

As Rick Wiles of American Freedom News wrote, President Bush didn’t tell the American people that bin Laden’s brother was an investor in his own former oil business in Texas.

(2) Something else to consider as unusual. A week before 9/11, General Mahmoud Ahmad, the head of Pakistan’s intelligence service, ISI, meets in Washington with CIA chief George Tenet. Who’s Ahmad? He’s the guy who ordered $100,000 wired to Mohamed Atta hours before 9/11.

Atta, you remember, was the ringleader of the 9/11 attacks. He’s the guy who piloted American Airlines Flight 11 into the North Tower of the World Trade Center. So here is the head of the CIA meeting with the guy who is funding the attack on New York and the Pentagon. Now, does that strike you as worth looking into?

(3) Instead of welcoming an investigation into the events of 9/11, President Bush fought it tooth and claw. And so did his hired help. As the New York Times of July 9, 2003 reported: “The federal commission investigating the Sept. 11 terror attacks said today that its work was being hampered by the failure of executive branch agencies, especially the Pentagon and the Justice Department, to respond quickly to requests for documents and testimony.”

(4) President Bush also made sure the study was biased. The executive director was Philip Zelikow, a man who had worked with Bush insider Condoleezza Rice in the past and co-authored a book with her. Zelikow decided what went into the 9/11 Report and what was left out. And tons of weird stuff pointing to an inside job was left out.

(5) Zelikow left out any mention of the destruction of World Trade Center building 7. That 47-story-high skyscraper collapsed from what eye-witnesses on the scene called internal explosions. As David Ray Griffin, a leading spokesperson for the 9/11 Truth Movement, wrote “Given the fact that WTC 7 was not hit by a plane, that the available photographs show no large fires, and that fire had never caused a steel-frame high-rise to collapse, why did someone in (New York) Mayor Giuliani’s office declare that WTC 7 was going to collapse some five hours before it actually did?”

(6) Also, how did it happen that American Airlines Flight 77 was not stopped before it crashed into the Pentagon? The Pentagon is the center of the world’s mightiest military machine and it couldn’t defend itself from a civilian airliner?

(7) Even more mysterious, how did it happen that the Pentagon—which operates global spy satellites that can show the hood ornament of your car clearly from orbit—how is it the Pentagon has no photo of Flight 77 coming in? Not even a snap shot from some admiral’s cell phone on the ground?

And why after 9/11 did the FBI go to all the stores and gas stations around the Pentagon and confiscate their video camera films? Is it because the Pentagon might have been struck by a missile, and not at all by an airliner?

(8) And how did it happen that network news reporters at the scene on the Pentagon lawn said they saw no remains of a Boeing airliner? Jamie McIntyre of CNN said, “From my close-up inspection, there’s no evidence of a plane having crashed anywhere near the Pentagon…There are no large tail sections, wing sections, fuselage, nothing like that anywhere around.”

McIntyre thought the plane may have gone through the wall and came to a stop inside. But Judy Rothschadl, a documentary producer who was allowed inside immediately after the disaster, said, “There weren’t seats or luggage or things you would find in a plane” and ABC’s reporter John McWethy, said, “I got in very close, got a look early on at the bad stuff. I could not, however, see any plane wreckage.”

(9) Maybe Defense Secretary Donald Rumsfeld got it right when he later misspoke himself and accidentally blurted out that the Pentagon was struck by a missile. You think?

(10) Another odd coincidence: the part of the Pentagon that was hit was called Wedge One. As Griffin writes in his book, “Debunking 911 Debunking,” (Olive Branch Press), “Wedge 1 was the only part of the Pentagon that was being renovated—with steel reinforced concrete, blast-resistant windows, fire-resistant Kevlar cloth, and a new sprinkler system—to make it less vulnerable to terrorist attacks…the strike on (that section of) the Pentagon, therefore, caused far less damage than would have an attack on any of the other four wedges.” For this attack to be an inside job, you have to believe something terrible: that the Pentagon was complicit in the murder of 125 of its own employees…it’s own people. If David Ray Griffin and others in the 9/11 Truth Movement are right, the people behind 9/11 are some of the most ruthless, cold-blooded killers who ever lived.

(11) Then there’s the riddle of Flight 93, which left Newark Airport on the morning of 9/11 and crashed in a field in Shanksville, Pa., an hour and a half later. Just like the Pentagon’s lawn, it also doesn’t look like a crash site, either. As Jon Meyer, a local television reporter, said, “You just can’t believe a whole plane went into this crater…There were no suitcases, no recognizable plane parts, no body parts.” And Scott Spangler, a photographer for a nearby newspaper said when he arrived on the scene, “I didn’t think I was in the right place…I was looking for anything that said tail, wing, plane, metal. There was nothing.” And Paul Bomboy, a paramedic, thought upon arriving at the site, “It is just plain weird. Where is the plane? …There weren’t normal things going on that you would have expected. When a plane crashes, there is a plane and there are patients.”

(12) Volumes have been written about what would cause the Twin Towers to collapse, considering how difficult it is to bring down steel structures without using demolition charges. I won’t enumerate them. However, they appear credible particularly if you’ve looked at pictures of Hiroshima after the atomic bomb attack and note the steel girders still sticking up. No, too many people inside the Twin Towers that day running for their lives to escape reported they heard demolitions going off all around them. Same for some of the heroic firemen, police, and other first responders.

So sell me the George Washington Bridge. At least it was named for a man reputed never to have told a lie. But not the official 9/11 report, which gives off the same aroma as President Bush’s reasons for invading Iraq.

Sherwood Ross is a Miami, Fla.-based public relations consultant who formerly worked for major dailies and wire services. To comment or contribute to his Anti-War News Service, reach him at [email protected].