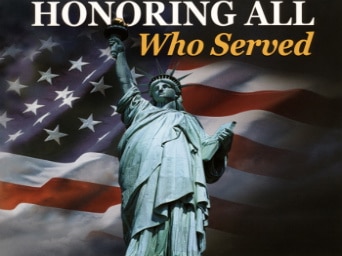 McManis & Monsalve Teams with HireVeterans.com to Attract Military Veterans to Their Workforce

They have now teamed with the nations premier Military Job Board HireVeterans.com, to offer quality careers to Military Veterans. If you have the skills required, then you are encouraged to visit their posted careers and apply today.

No other consulting company can match their dynamic and systematic approach to risk reduction – a process designed to improve operational excellence and overall financial performance. That’s because at McManis & Monsalve, they know that effectively managing risk improves service and product delivery.

Regardless of the challenge your organization is facing, they will work with you to define and develop a targeted plan of action and execute the steps necessary to ensure success. They’ve helped organizations in the private, public and non-profit sectors improve their operations by offering combined services in:

Only McManis & Monsalve provides the breadth of integrated resources from intelligence analysis and information technology products to organizational, training, clinical, operational and strategic consulting services. They’re in-house professionals create customized solutions that help bring predictability to risk. In the process, they help organizations see opportunities and solutions where others see obstacles and uncertainty.

To View and Apply to McManis & Monsalve careers CLICK HERE.

He died peacefully at his New Mexico home, his wife, Cory, told the network. He was 64.

Nicholas Charles Nickeas grew up in Chicago, working late-night jobs in high school to help his family, according to CNN. He eventually went to college to study communications and drove a taxi to help pay his tuition.

He was still driving taxis in 1970 when he landed his first gig with WICS in Springfield. That’s when he adopted the name Nick Charles at the urging of his news director, the network said.

Charles later left Springfield to work at local stations in Baltimore and Washington and then began at Atlanta-based CNN on the network’s first day in 1980.

He made his name before a national audience teaming with Fred Hickman for almost 20 years on “Sports Tonight,” a daily highlight show that battled with ESPN for viewers. Charles became such a popular TV personality that Topps put his face on a trading card, CNN reported.

Actor Peter Falk died Thursday at age 83 in his Beverly Hills, Calif., home, according to a statement released Friday by family friend Larry Larson. But Columbo, Falk’s signature character, lives on as the shining ideal of anyone with a smudge on his tie, whose car isn’t the sportiest, who often seems clueless, who gets dissed by fancy people. go to web site 2007 porsche 911 gt3

As a police detective, Columbo’s interview technique was famously disjointed, with his inevitable awkward afterthought (“Ahhh, there’s just one more thing …”) that tried the patience of his suspect as he was halfway out the door.

Falk is survived by his wife Shera and his two daughters.

“Jackass” star Ryan Dunn, who along with his cast mates made Americans cringe and snicker through vulgar stunts in their multimillion-dollar TV and movie franchise, was killed early Monday in a fiery car crash. He was 34.

Dunn, a daredevil who gained notoriety for diving into a sewage tank and performing other unsavory stunts, was driving his 2007 Porsche in suburban Philadelphia when it careened off the road, flipped over a guardrail and crashed into the woods before bursting into flames. A passenger, Zachary Hartwell, 30, of West Chester, Pa., was also killed, and speed may have been a factor in the crash, West Goshen Township police said.

Comic book artist Gene Colan, whose career spanned seven decades and illustrated the adventures of characters like Dracula, Batman, Daredevil and the wisecracking fowl Howard the Duck, has died in the Bronx at age 84.

Longtime friend and biographer Clifford Meth told The Associated Press that Colan died late Thursday at Calvary Hospital from complications of liver disease and cancer. A private funeral will be Sunday.

“He was a mighty craftsman, with such a strong style of his own that he avoided entirely working under any of the popular house styles, even the mighty Jack Kirby one that roared through Marvel in the 1960s,” comics historian and editor Tom Spurgeon told AP on Friday. “He was his own chapter in the history of comics.” Vladislav Achalov, a former Soviet general who supported two botched anti-Kremlin coups and recently organized a protest against the government’s military reform, has died. He was 65. go to web site 2007 porsche 911 gt3

John M. Couric, father of television journalist Katie Couric, has died. He was 90.

The elder Couric, a Georgia native, retired in 1985 as a writer with the U.S. Food and Drug Administration. He started his career as a reporter for the Atlanta Constitution and United Press before going into public relations work in 1957.

E.M. Broner A pioneering figure in Jewish feminism has died at the age of 83 in New York City. She was the author of 10 books, including “The Women’s Haggadah,” “Weave of Women” and “Mourning: A Kaddish Journal.” “The Women’s Haggadah” was originally published in Ms. magazine. It re-imagined the traditional Passover Seder from the point of view of women, including Moses’ sister, Miriam. It has inspired feminist seders throughout the world.

Broner died Tuesday of multiple organ failure as a result of an infection. Broner was born Esther Frances Masserman in Detroit in 1927. Her survivors include two daughters, two sons, a brother and two grandchildren.