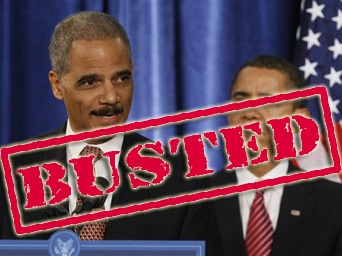 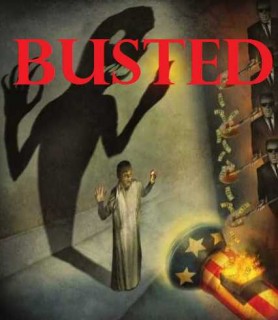 Within 24 hours of the announcement of a new Iranian plot, the truth started leaking out.  That leak is now a flood.   The FBI made up the whole thing, invented it and they aren’t going to get away with it.

Why something this outrageous, this incompetent?

We know you have sold your soul to Israel, agreed to veto Palestinian statehood, a trade for election money.  You are an idiot!

Note:  Judge Napolitano says both Iraq Wars, 1991 and 2003, were based on falsified intelligence.  We thank Judge Napolitano for his courageous stance and for this “accidental leak” we know he enjoyed so much.

Israel is paying off both sides, as usual, as are the drug cartels.  If you wonder why your Attorney General may face prosecution?  It turns out he was involved in running guns to the Mexican cartels, the same cartels you are now claiming are tied to Iranian “terrorists.”

The only terrorists we tie the cartels to are your own, Homeland Security Janet Napolitano’s “Operation Fast and Furious.”  Did the cartels get Stinger missiles too?  We will have to wait and see.

We don’t expect much from these terror scares.  We know the history of the Detroit “crotch bomber.”  He was tied to Israeli security, we watched while he was escorted past airport security over and over, we knew he had Mossad handlers in Yemen.

The news may be “suppressed” but the “terror cell” in Yemen that supposedly trained him was captured.  Their laptop computers showed a history of emails with Israeli intelligence.

Check on it with your CIA.  This is fact, cleaned from the news but verifiable intelligence, totally reliable.

Your other recent big win, the killing of American cleric Anwar al Awlaki, you want background on that too?  He was killed because he had evidence that the “cover and deception” operation, the phony hijackers, all FBI recruits, were paid through FBI accounts.

We have multiple confirmations that the FBI paymaster for al Awalki also helped manage payoffs for phony intelligence on Iraq, the lies that helped send us to war.  These were operations based out of the FBI office in San Diego.

Check on it, we have.

Your problem is that we are not your political enemies, we are your supporters.  Here is a minor reminder.

Remember the problem with the missing nuclear weapons from Minot Air Force Base?  Overtly, the Air Force had to install a new command structure to prevent it from happening again.

We know better.   We know the weapons were stolen, we know who did it and where they were going.  We know several involved were “suicided/accidented” as required.

We respect that, religious extremists, even American ones, can’t be given nuclear weapons to play with.

Where were they going with them?  They were heading for Iran but this wasn’t under your watch.  Even Bush knew how to handle insurrection.

We do try to warn you.  CNN “outed” the phony FBI plot against Iran almost immediately:

The UK Guardian broke the story within hours, even they picked up the smell?  You know that paper, don’t you?  If you aren’t familiar, it is the news outlet for Britain’s intelligence services.  Consider their story a bit of a message.

It has the ring of a far-fetched Hollywood thriller and even the senior law enforcement official involved in the investigation admitted to journalists that the alleged plot to kill the Saudi ambassador to the US did not fit with what was known about the methods and practices of the supposed perpetrators, the Quds force of the Revolutionary Guards.

The Guardian lists 8 reasons that the story you are peddling is a lie, not just a “Hollywood thriller.”  This is number “8.”

8   Could the alleged plot be provocation by an outside agency seeking to start a conflict between Iran and its enemies? In that case, Arbabsiar is consciously misleading his interrogators or is being used by his cousin and his associates, who are working for this third party.

Let me put this in plain English as I have no faith in you, despite your wonderful press conference performances, cannot understand anything that takes complex reasoning.

The Guardian, yes, we really mean MI 5 and 6, mean, when they say “outside agency,” they are referring to the Mossad.

Read the article, it certainly has to be better than your briefings.

There were 7 other reasons, not just them simply pointing out that you are peddling a cheap Mossad plot as a reason to send America to war simply because you need Israeli money to play politics.

There is always the other option, appointing a real attorney general and having most of the house and senate jailed for accepting laundered drug money to run their campaigns or having them charged with treason for accepting cash from foreign governments but, didn’t you just do exactly that yourself?

Let’s go back to why we mentioned the theft of nuclear weapons at Minot Air Force Base.

We are aware that, when key aspects of both intelligence and “special operations” were “privatized” under the personal authority of Vice President Cheney when he illegally assumed direct command under the misnomer of “Joint Special Operations Command,” a “capability” was created on behalf of key global interests to exert threat against any member of the US government that “crossed the line.”

I know that you know.

For others, a new, phony version of the CIA, FBI and Special Forces was created, funded out of “black budget” but answerable to a group we can’t name, other than Cheney and maybe some key top Republicans.

My guesses as for names on the list, Lieberman, McCain, DeVos, Koch, Scaife, Walsh, Cheney, Graham, Rohrabacher, Murdoch, but these are only wild guesses, totally unfounded.

We have entire organizations that fit in here also, PNAC, AIPAC, the Heritage Foundation, the American Enterprise Institute, the Tea Party, the US Chamber of Commerce, there are others too. 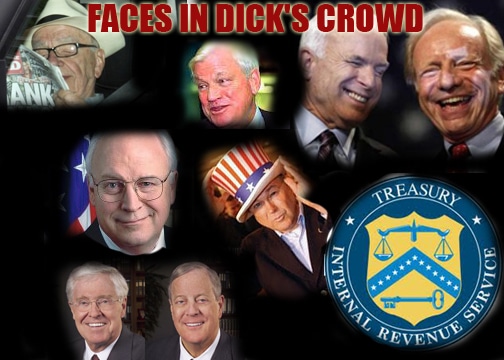 Why would these organizations or individuals need control of a spy organization, a police force and over 2000 “black ops” assassins?

Do I have to explain that, although you have done wonders in “beginning” to put Wall Street on a partially answerable footing, you have backed off from almost every promise you have ever made and, certainly, from every expectation that the American people, the decent ones at least, had for you?

Mrs. Clinton, many years ago, called it the “great conservative conspiracy.”

We now see huge defense contracting companies, “mercenaries” if you will, joined at the hip with drug cartels, the Israeli government, right wing political movements and Christian extremists in the US, all seemingly under the thumb of a global financial organization that is no longer “theoretical.”

You have watched Europe?

Do you think they went from “swimming in cash” to “trillions in debt” without the involvement of the same global conspiracy that Bush used to do the same thing to America?

Why are you so afraid?

We stood with you on Libya, even when you went beyond the scope of the UN.  We knew that Gaddafi was in bed with the boys we are talking about.  He bought his way in, the Carlysle Group, the Rothschilds, Gaddafi “joined the club” with Bush and Blair.

This is why David Welch,  Bush “front man” made a last ditch attempt to save him in August.  Welch, thus far, longtime Israeli associate, Bush envoy and now CEO of Bechtel Corporation may well have been successful.

A trillion dollars belonging to the Libyan people has vanished.  We can count, we know what oil and gas costs and how much money Libya actually spent on its “revolution.”

You know, catching phony terror plots isn’t all that hard.  The cleanest job, other than debunking the bizarre “hijacker” theories you so embarrassingly peddle about 9/11 was 7/7.  John Anthony Hill actually forced that one into court where a jury, in a defacto trail, convicted the British government and Mossad of staging a terror attack.  You can see the whole thing here, a “slam dunk” as it were.

[Editors Note: The John Hill link above is a 53 minute audio podcast interview.  The second one ‘here’ links to Gordon’s original article with several videos. If you are busy now, open and save the links for later viewing. These are historical gems, banned in American media. You will learn why …Jim W. Dean]

Now, as for this Iran thing, consider yourself “busted.”

You and Biden, Holder, the phony FBI, all caught running errands for the Mossad.  The reason I suspect is blackmail or coercion of some kind.

No secret there for anyone who understands American politics.

You don’t trust the American people, you consider them hopelessly stupid after decades of Fox News.

If you, yourself, aren’t a total moron, just the failure of Americans to rise up over 9/11, an obvious “false flag” is reason enough to keep lying to the people.

If your rationale is that they don’t deserve better, that they “can’t handle the truth,” you may be right.

We also noted your support of the Occupy Wall Street movement.  We aren’t blind.  We want to give you a second chance.

Here are a couple of my suggestions:

It has become increasingly obvious that Holder and Napolitano were going to be liabilities.

Allowing them, and those behind them, to send us into another war that I guarantee you would be one we will lose like we have now so many times…Vietnam, Iraq, Afghanistan, the War on Drugs, the War on Terror, and the War on Poverty. We can’t take another one.

It was a pleasure to edit this…  Jim W. Dean