Home World Who Has the Best Holocaust? 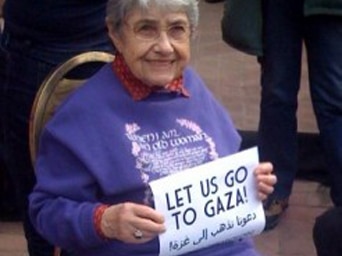 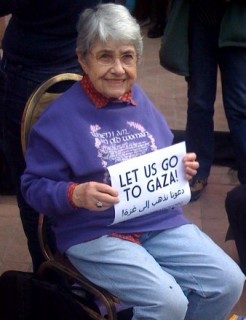 May all Holocaust survivors know peace, and may they never try to claim that any one Holocaust is somehow more important than the other Holocausts … there are no winners here, only the dead and soul dead survivors.

Joseph P used to live near us.  Whenever he and his wife came over to play cards with my parents the little farm dog, world’s friendliest collie, would sit and growl continuously.  He never did this to any other people but Joseph and his wife were somewhat unique – till the day they passed away their Belsen numbers remained tattooed on their arms.

My father once remarked to me, ‘Joe’s the only fellow that really scares me, he could do anything and the dog knows it.  He has no feeling for anybody or anything.’  There is no doubt in my mind what happened to slave labour at Belsen.

The western world has been overly educated on Nazi Germany’s attempt to exterminate the Jewish population of the conquered territories.  There are many estimates as to the number of Jewish people who were murdered in what took on the hallmarks of an assembly line process; the lowest number being about 2,000,000 and the highest 10,000,000.  The number that is generally accepted is between 5 to 6 million Jewish souls met their end during the holocaust.  There are those who doubt that this ever happened, citing German gas consumption during 1940 to 1945, but I believe that there is enough evidence to verify the existence of the death camps, crematoria and so forth.

What is little known, and seldom discussed are the non-Jewish deaths.  Over the course of WWII approximately 5,000,000 additional people were to be dealt with in a manner similar to the Jews, almost a one to one ratio.  An unknown number of Romani (Gypsies) were executed after severe persecution that started with the Weimar Republic.  Estimates place the Romani death toll between 220,000 and 1,500,000 as “undesireable aliens”.

Along with the Romani were also Blacks.  As a result of WWI, Germany had been stripped of her African colonies, but the French sent an occupying army of Black Colonial troops into the Rhineland to support the Treaty of Versailles.  These Black French soldiers intermarried with German women, and produced an unknown number of Black German citizens.

With the rise of Nazi German, these “Rhineland Bastards”, as Hitler called them, were forcibly sterilized, often without anaesthetic.  After sterilization they were allowed to go, as long as they stayed away from German women.  During the final solution, most of these were rounded up and shipped to the death camps where they were given the most heinous and despicable tasks.  Captured Black soldiers in WWII stated that although they were sadly mistreated by the Nazi’s, they were far better off than the Rhineland Blacks.  An unknown number of these people met their end in Nazi Germany, the number is thought to be around 24,000 but there are no records on any kind.  [Review of ‘Hitler’s Forgotten Victims’ by David Okuefuna and Moise Shewa.By Delroy Constantine-Simms, University of Essex, 12 June 1999]

As we step along in the annals of history, more of the forgotten dead are Polish.  It is claimed that 6,000,000 Polish died in the Holocaust, 50% of them Jewish and 50% Christian/Catholic, the highest proportion of loss of any WWII nation in terms of population.  The Polish population was slated for extermination along with the Jews, unless of course they had blonde hair and blue eyes.  If that were the case they were shipped off for a study in racial purity.  Many Polish children were forcibly removed from parents and raised as German.  For an estimate of the Polish victims I present the links below. POLAND’S HOLOCAUST: 6 MILLION CITIZENS DEAD (3 MILLION CHRISTIANS and 3 MILLION JEWS) by Edward Lucaire

There is no way to verify the accuracy of any of the above figures.  Homosexuals, Russians, Disabled, Serbians, and Jehovah’s Witnesses all were killed in the name of “racial purity” and records are scarce, if the Germans bothered to keep them at all.

As far as I can tell, the best estimates are that a total of 11,000,000 people  were killed during the German “Final Solution”.  It should be noted that reparations started early to Jewish survivors, and since 1995 other survivors are finally now receiving reparations. Tax Exemptions on Holocaust Compensation and Restitution Payments. United States.

It is also interesting to note that the USA apparently allows citizens legal redress against German companies, while blocking lawsuits from international parties against US companies for similar atrocities.  The case of Dow Chemical and others as the manufacturer of Agent Orange versus affected Vietnamese people comes to mind, as does Chiquita versus Nicaraguan citizens.

Regardless, it now behooves us to move again, to a tragedy far greater in terms of lives lost than the European Holocaust.  We now turn our eyes east to China, and the Japanese invasion of 1931, creating the state of Manchukuo under the puppet rule of the last Qing Dynasty Emperor.  It is estimated that between 15,000,000 and 30,000,000 Chinese lives were lost over the  widening of this puppet state that acted as a wedge from which to expand the Japanese sphere of occupation.

Several manufactured incidents expanded Japanese influence via war until 2/3 of China was under Japanese rule.  The occupation troops of Japan were considered unfit for duty in the Imperial Army, so to compensate were more brutal in their treatment of captives than regular forces.  It must be mentioned that prior to the invasion of China, school systems in Japan had been geared to denigrate Chinese culture as once superior, but now inferior and badly in need of Japans guidance to regain their  former glory.  The result was a brutality seldom seen on the conquered fields, and doubtful that even the Nazi’s reached with their precision like automation.

To illustrate the barbarity unleashed on China I give you the Rape of Nanjing.  In Nanjing alone, 300,000 Chinese were killed and 20,000 women raped – many unto death.  In another large city of 350,000, after one week of looting there were 500 Chinese inhabitants left. [1937 Nanking Massacre. THE RAPE OF NANKING — MORE IMAGES]

But it doesn’t end there, as the Japanese soldiers advanced to occupy more territory they practiced germ warfare by spreading typhoid fever and bubonic plague, and created bio and chemical labs to experiment in more efficient killing techniques.  Competitions were held to determine who could kill the most Chinese with their swords, men and women were torn apart by military dogs, used for bayonet practice, buried or burned alive, sexually tortured to death, machine gunned, and acid dipped.  Fathers were forced to rape daughters, and boys their mothers – the barbarity is simply unimaginable by any standards – except perhaps by the Japanese who were conditioned to think of the Chinese as animals.  To add insult to injury, the current Japanese government not only have never paid war reparations but continue to visit the Yasukuni War Shrine that pays homage to proven war criminals. [German and Japanese Responses to War Crimes and Atrocities]

For a more detailed description of the atrocities I highly recommend a book by Iris Chang, The Rape of Nanjing.  http://en.wikipedia.org/wiki/Iris_Chang  In a sad twist of fate, Iris Chang became a modern victim of a tragedy written in the blood of innocents so many years ago, but within the book she wrote there is a glimmer of hope for mankind in the form of an unlikely hero, a Nazi.

This hero of Nanjing was John Rabe, a German businessman and committed Nazi.  John Rabe organized the western population of Nanjing to protect many Chinese people by using his Nazi credentials, saving them from certain death.  As an ally of Japan, he could get away with pushing Japanese soldiers off civilians, or standing between Japanese soldiers and their victim, not with impunity but with an uncommon bravery.  He admitted violent death could have come to himself and other western helpers at any time.  After WWII he was repatriated to Germany, but as a Nazi party member he was proscribed from working.  The Chinese people came to the aid of John Rabe and his family by sending them care packages of food and money in repayment for the gift of life he gave them – a Ying Xiong De Zhongguo (Hero of China).

A copy of The Rape of Nanjing is in my permanent library, as a testament to a forgotten Holocaust half a world away and hidden from the eyes of the western world, whether by design or ignorance it matters not.  I will state that it is disappointing that the story of the Asian Holocaust is not only ignored by the western press, but those western peoples who suffered so much have not reached out to their cousins across the globe to prosecute war criminals and gain justice.  It is even more disconcerting that some peoples who have suffered such intense persecution now inflict it on another people.

May all Holocaust survivors know peace, and may they never try to claim that any one Holocaust is somehow more important than the other Holocausts … there are no winners here, only the dead and soul dead survivors.

ABOUT THE AUTHOR: Jack JC,  is a reserve Officer in a NATO aligned country, he has a Bachelors Degree in Mechanical Engineering and an interest in the strategic effects history and culture bring to present geo-political affairs.  As an international travelor he has friends and family serving in both NATO and non-NATO countries and would prefer that his friends and family in both camps not kill each other.  He has operated at senior corporate levels of management, and has developed equipment for both civilian and military use.