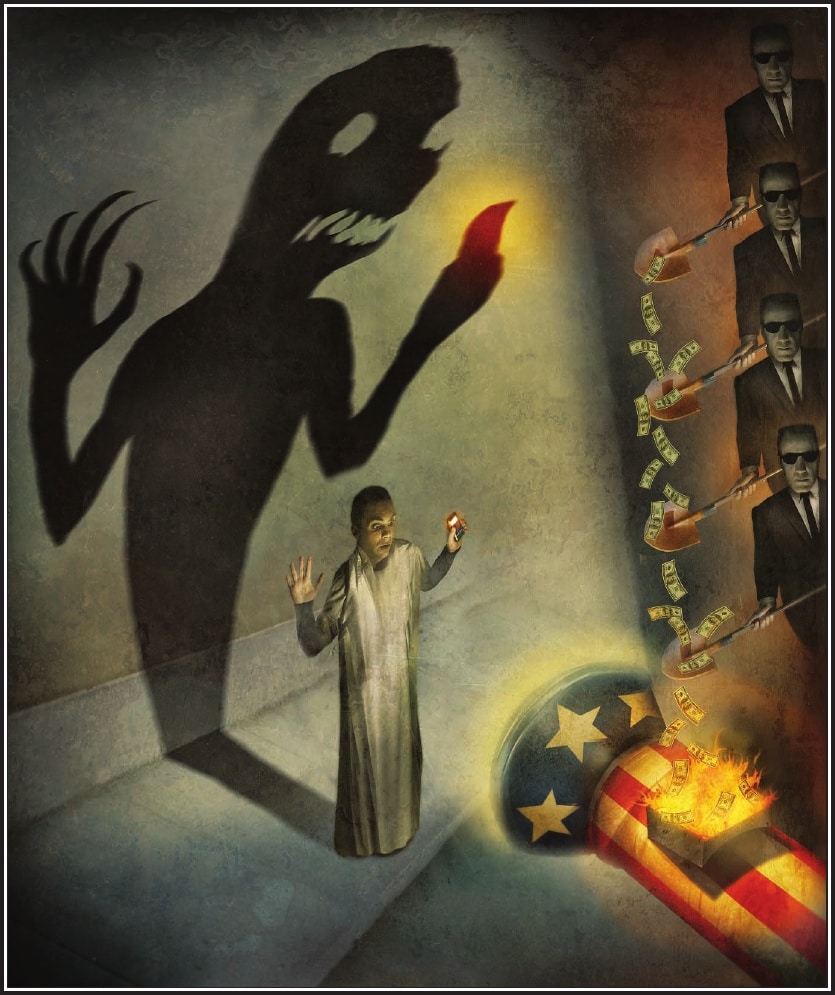 Not even good propaganda 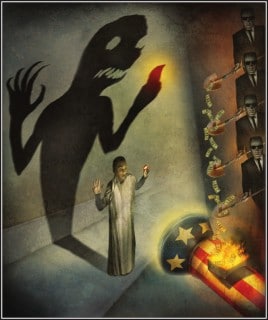 Fake, fake, fake – I’m talking about the latest anti-Iranian propaganda coming out of Washington, which claims the Iranian Revolutionary Guards were involved in a “plot” to take out the Saudi ambassador to the US and blow up both the Saudi and Israeli embassies.

The narrative reads like a formulaic melodrama: two Iranians, one a naturalized US citizen, purportedly approached someone they thought was a member of a Mexican drug cartel – according to the indictment [.pdf], it was a “sophisticated” drug cartel, not the plebeian sort – and proposed paying him $1.5 million to murder Adel al Jubeir, the Kingdom’s ambassador in Washington – oh, and by the way, the Iranians supposedly said, “Are you guys any good with explosives?”

The key to understanding just how fake this story is can be found in the New York Times report, which informs us:

“For the entire operation, the government’s confidential sources were monitored and guided by federal law enforcement agents, Preet Bharara, the United States Attorney for the Southern District, said in the news conference. ‘So no explosives were actually ever placed anywhere,’ he said, ‘and no one was actually in ever in any danger.’”

Translation: the whole thing is phony from beginning to end.

This is another one of US law enforcement’s manufactured “anti-terrorist” triumphs, where the feds set somebody up, fabricate a “crime” out of thin air, and then proceed to “solve” a case that never really existed to begin with. This has been the general pattern of our “anti-terrorist” operations in the US since the beginning – because finding and catching real terrorists is much too hard, at least for our Keystone Kops. Instead of going out and actually, you know, looking for the Bad Guys, and then apprehending them, they lure some unsuspecting Muslim immigrant into a trap, and spring it when the time is right.

The long narrative spun by the indictment tells us everything but what we really need to know, which is: how is it that these two Iranian “terrorists” just happened to meet up with a Mexican drug cartel assassin who just happened to be a longtime DEA informant? I guess that would be giving too much away: far better to spice up the story with scary details, such as the conversation between one of the alleged plotters and the informant, in the course of which the former says “If you have to blow up the restaurant and kill a hundred Americans, well then f*ck ‘em!”

The credibility rating of this story, taken on its face, is close to zero. Let’s say the Iranians really were plotting to kill the Saudi ambassador on American soil: would they contract it out to the Mexican Mafia, send all kinds of traceable money wires from Iran to the US, and not care if they killed a hundred Americans in the process of achieving their goal? Or would they send some fanatic, who would not only do it for free but also eliminate himself (or herself)? This flimsy cock-eyed tale is so transparently fake that it’s an embarrassment to the United States of America. Can’t our spooks do better than this?

This fabrication marks a new trend in the field of anti-Iranian war propaganda. Previously, the War Party was relying on the same technique they used in the run-up to the invasion of Iraq: the old “weapons of mass destruction” gambit. The big problem with that is it’s old, and tired: no one believes it anymore [.pdf]. Once burned, twice shy, as the saying goes. This latest lie is a fresh angle on a continuing theme, merely substituting Iran for the traditional bogeyman known as al-Qaeda.

That this story involves the Mexican drug cartels, and Attorney General Eric Holder proclaiming that we’re going to “hold the Iranian government accountable,” has got to be some kind of sick joke: after all, here is a man who stood by and watched while US law enforcement agents let guns travel over the US border to arm those very same cartels. Is this “coup” for the Justice Department the pay-off for that harebrained scheme – and when is Holder going to be held accountable?

That our government would float a narrative like this without any apparent regard for the basic rules of fiction-writing – create believable characters who do believable things – is Washington’s way of showing contempt for the Iranians, the American people, and anyone else who stands in the way of their war agenda. They don’t care if it’s not believable. They think Americans will swallow anything, that we’re too busy trying to survive day-to-day, these days, to inquire much further than the “official” account. And of course our brain-dead media, which is reduced to a chiefly stenographic role, isn’t going to ask any inconvenient questions.

This story is very scary – not because it’s credible, or believable, because it is neither. However, it’s the most frightening story I’ve heard in quite a while because it shows that the US government is bound and determined to go to war with Iran, no matter what the consequences. Throwing caution to the winds, our rulers have decided to go all out against Tehran – all the better to mask our current economic malaise under the damage done by the tripling and quadrupling of oil prices. This way, Obama can blame our crashing economy on Tehran, rather than his own discredited policies – and sideline the Republicans, who have been criticizing him for being “soft” on Iran.

The making of American foreign policy is all about domestic politics. By preparing the country for war with Iran, Obama will not only defang the GOP, but also appease the all-important Israel lobby, which has been beating the war drums for years.

What Obama and his gang are hoping is that the American people are too tired, too beaten down, and too broke to care enough about this latest exercise in war propaganda to question it. Certainly the “mainstream” media, which is Obama’s loudest cheering section, isn’t about to question it.

Here is where the administration has probably miscalculated: people are just angry enough to wonder “why now?” They’re just broke enough to resent being asked to pay for yet another holy crusade overseas. And they’re just tired enough of the bullsh*t that gets reported as “news” day after day to start asking all kinds of uncomfortable questions about this latest offering by the Washington fable factory.

The Americans are already backing away from the assertion that the Iranian government is directly responsible for the actions of these two individuals, averring that top Iranian officials didn’t “necessarily” know what was going on. As the details of this case become known, Holder’s story is going to start unraveling like a substandard sweater.