Here’s how Hillary puts this essential punch line: “A strong economy has been a quiet pillar of American power in the world. It gives us the leverage we need to exert influence and advance our interests…” 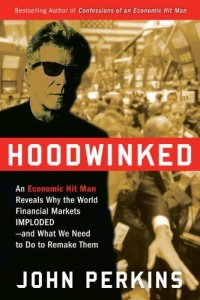 EDITORS NOTE: True! In Asia today, a few businessmen disembarking from their own National airline planes in Asian countries, in blue business suits, carrying brief cases have accomplished what hundreds of thousands of uniformed troops arriving by parachute and landing craft, carrying  machine guns and rifles failed at sixty years-seventy years ago.

A few Jewish bankers, sitting in offices in London, Brussels, Amsterdam, New York and Tel Aviv have done to the rest of the world what all of the Generals and millions of armed uniformed soldiers have died trying to do in the past seventy-eighty years, without having to fire a shot.

Well, blowing down a few buildings and killing a few thousand people, might have helped, all of which resulted in some additional hundreds of thousands inconsequential collateral damage, but what the hell, they did indirectly more any armed forces could have done directly, and they have won, hands down!

“China possesses global power today because of the dynamism of its economy.”

Indeed! China has not engaged the rest of the world in military confrontation, colonialist adventurism and wars while establishing itself on the world stage. Perhaps they have learned something from Western history (or the failures of), or the teachings of Confucius. I suspect the latter.

They are on a roll, and it looks like they will get there, and probably stay there, for some time to come. As Foreign Policy expert Fareed Zakaria has said: “They know how to apply themselves.”

Buried in a dull speech Friday, the secretary of State gave D.C. a major reality check: in today’s world, economic power matters more than military might.

In a long speech drowning in State Departmentese that will not garner the attention it deserves, Hillary Clinton said something of surpassing importance on Friday—in today’s world, economic power counts more than military punch.

That point has been obvious to most leaders around the world for 20 years now, since the end of the Cold War. But it has not registered in Washington. There, in the home of the non sequitur, the inaccurate fact, the seven-second “truth bite,” and the economics-challenged, the talk is all about how much will be cut from the precious Pentagon budget over the next 10 years.

That budget is all the Washington political and media elite know about. For legislators, it’s their political honey pot. For foreign-policy experts, it’s their way to show their toughness. For media, the planes and tanks are visual lollipops.

But in the 21st century, money talks louder than the size of one’s military budget. So as not to offend anyone in Washington, Hillary’s speech on Friday to the Economic Club of New York did not rhetorically nail this point down. Indeed, she almost buried the applause line in diplo-speak: “Today, our foreign and economic relations remain indivisible. Only now, our great challenge is not deterring any single military foe, but advancing our global leadership at a time when power is more often measured and exercised in economic terms.”

But let’s hammer her great point to the masthead. Today, the United States is the sole global military power, and yet our influence is waning. Why? Because our economy is declining. Today, China is the first global power in history not to be a global military power. Its military might is pretty much restricted to its borders; its money travels everywhere. Today, Brazil, India, and Turkey top the list of emerging powers. Why? Not because any of them is a regional military superpower, but because all now carry market weight. Hillary put it this way: “And everywhere I travel, I see countries gaining influence less because of the size of their armies than because of the growth of their economies.”

The secretary tries to help the Washington uncaring comprehend the vast array of economic connections between America and the world—on which rise or fall America’s prospects, standard of living, and international power—trade, investment, currency exchange rates, the role of the dollar as the world’s reserve currency, aid, technology transfers, the roles of the World Bank, International Monetary Fund, World Trade Organization, the sale or withholding of natural resources, the debt and banking crises in America and Europe, and on and on. In those transactions and in those venues, the fates of nations and people are being sealed. Hillary still needs to do more to tie the pieces together and show the connections to American power.

She’s right. Everything comes down to the strength and vibrancy of the U.S. economy—the fate of American democracy and, yes, U.S. military punch itself.

China possesses global power today because of the dynamism of its economy. It is systematically buying up resources—copper, oil, and the like, from around the globe. Businesses must have access to the expanding China market. Countries seek Chinese investment, and Beijing has well over $1 trillion to invest. China can help or harm other nations without firing a shot, just by passing its money around, or not. Nations around the world already see China as the future No. 1 economic power, even though it still lags behind the U.S. substantially in most categories. It’s the perception of them going up and us going down. And upon such perceptions, power is based.

Here’s how Hillary puts this essential punch line: “A strong economy has been a quiet pillar of American power in the world. It gives us the leverage we need to exert influence and advance our interests. It gives other countries confidence in our leadership and a greater stake in partnering with us.” She’s right. Everything comes down to the strength and vibrancy of the U.S. economy—the fate of American democracy and, yes, U.S. military punch itself. The main reason Washington has to cut defense spending is that it can’t begin to afford $750 billion yearly in military expenditures anymore.

This should compel every last foreign-policy expert and political leader to face the new 21st-century reality—that gross domestic product matters more than military might. And as Hillary has been trying to do for some time now, we have to rethink and center U.S. foreign policy and diplomacy on economics. Sure, we have to remain first and above all others in military power, but the main business of international affairs will be conducted on this new and complicated economic plane. Secretary of State Clinton is to be congratulated for pointing the Washington blind to where they must walk to protect and advance U.S. interests.

Leslie H. Gelb, a former New York Times columnist and senior government official, is author of Power Rules: How Common Sense Can Rescue American Foreign Policy (HarperCollins 2009), a book that shows how to think about and use power in the 21st century. He is president emeritus of the Council on Foreign Relations.

Listen to Fareed Zakaria here.  Worth a few minutes…Fareed is a good speaker, and thinker on his feet.  And I am thoroughly impressed with the stage setting and lighting for this interview…. it is innovative and remarkable.

I think it is original, creative and probably trend-setting. 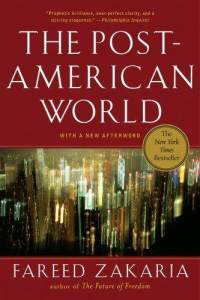 Interesting and complex …but I think he is worth listening to, and I hope Obama benefits from reading his book: The Post American World  for whatever that is worth considering the cancerous state of the Union, for which they blame Obama’s two years in Office.

I disagree with some of Fareed’s premises, he is still a neocon dupe and a smile lackey for the Corporate pimps whose gold he takes. I believe that America should get out of Iraq and Afghanistan and leave them to those little vicious but local “civil wars” which he mentions they will have which will allow the water to seek its own level, and allow them to find their own peace, which will be nowhere as deadly in final numbers as the American drone presence seems to induce.

I agree with him that the rest of the world is getting on with it and finding a life while the US sits bogged down in failed yesterdays.