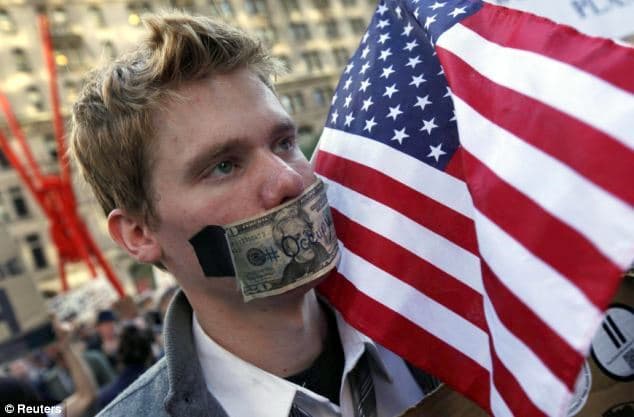 “Every success story is also a story of great failure.”

What took place in Egypt Tahrir square last February is proving, as days go by, to be a decisive turning point in the psychology of the silent masses around the world.

What made this Tahrir revolution so influential is that we were not told about it, we did not read about it days or years later in some newspaper or history book, we didn’t watch a 30 seconds-clip of it on the TV news, rather we watched the whole uprising as it unfolded during 18 consecutive days live and uncensored.

In other words, we, the huddled masses, the silent majority, saw for ourselves that people, if united in their aspirations and vision, could break the long chain of sinful obedience.

As the world follows the current New Yorkers sit-in and their anti-corporate greed rallies in Wall Street as well as in many other American cities, we find it hard for any scholar or observer of socio-political affairs to skip the link, or rather the impact the Tahrir square phenomena had, not only on “Occupy Wall Street” but around the world.

It is not hard to connect the dots as we recollect what happened in Yemen, Syria, Bahrain, Spain and Israel ever since the millions of Egyptians made good on the famous motto “the street is ours”

But every success story is also a story of great failure.

Engulfed by the naïve impulse of mass culture and mesmerized by the system apparently bending to their demands the thousands of Egyptians who occupied Tahrir square for almost three weeks prematurely evacuated the place without delegating a committee to speak on their behalf and without choosing some leadership to represent them and carry on the political struggle necessary for the full realization of their demands.

This is where the tahrir saga went wrong and the reason why their revolution has been unabashedly hijacked. We hope the American youths currently steering “occupy Wall Street” have learned the Tahrir square lesson and that they will take the necessary precautions not to let their uprising get hijacked.

Beware, the old hawks are watching.

‘I Am Not Moving: Occupy Wall Street’ – Short Film

Segments of speeches made by the US President and Secretary of State, as they discuss present-day social unrest in the Middle East, professionally and beautifully edited with scenes of recent police brutality in Lower Manhattan, drawing a powerful observation about the hypocrisy and corruption of US foreign and domestic policy.