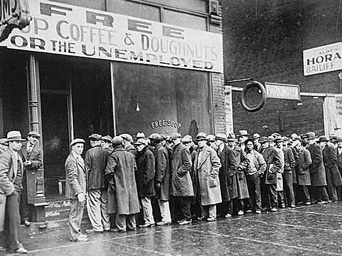 No matter which side of the political fence you’re on, just about everyone agrees that the employment situation in America is lousy. Sure, the millionaires are doing okay, and if you’re poor you’re not going to starve. But if you’re in what used to be called the middle class you’re getting screwed. And if you’re a veteran, forget it – according to the Bureau of Labor Statistics, the unemployment rate for vets is 11.7 percent, well above the national average of 9.1 percent. That’s a crummy thank-you for proudly serving your country.

As US National Jobs Czar, I would start day one of my new job with an online national town meeting of the unemployed. Of course all 15-18 million unemployed people couldn’t attend at once, but I am sure that many could and would attend. This town meeting would use GoToMeeting, WebEx, or any one of the other nifty online meeting software solutions that are out there today.

I would use a series of such town meetings to let those who attended know that they mattered to me personally, that I cared for each of them, and that my mission as Jobs Czar was to help each of them find ways to get back to work. I would have meetings like this scheduled three times a week and I would make the recordings of these meetings available for anyone. To pay for them, I would have these meetings sponsored by Fortune 100 companies.

I would instruct my staff to data mine for folks who are natural leaders (especially veterans), and recruit those natural leaders to help organize the unemployed into subsets. I would also use these meetings to solicit ideas from folks of different subsets who just happen to be out of a job.

I would encourage attendees to these meetings to look at online training programs, provided for free by the office of the Jobs Czar in a series of hosted virtual classes, paid for by the budget of the Jobs Czar. We’d teach attendees remotely from home on how to gain a foothold back to employment in some very specific verticals. The courses offered would train in information, sales, and service related fields. Here they are:

Incentive payments will include:

So, since we are moving to an Electronic Medical Records system in this country, why don’t we train the unemployed American Veteran to work from home doing this type of work?

To lay out all of the various trainings and offerings to those who are unemployed will be a multi-posting issue for me. Look for a future posting about this issue where I will lay out how we can retool America and prepare for the next 25 years.