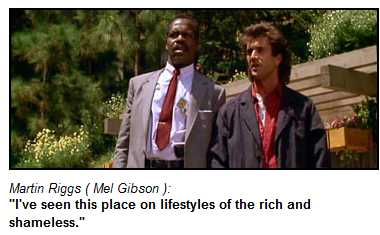 Brzezinski’s Plea: Publish Their Names, the Mysterious Super-Rich Who Only Take

The video below is on the “must see” list. This is not just because of what it says but because so many are being counted now.

More and more “mainstream” voices are ready accept social disruption, even violence as the only solution to the covert economic war that has collapsed the world, the “magic act” that has made the earnings of the world’s producers, the earners, business, labor, those who are alive for a reason disappear into the secret accounts of financial criminals and speculators.

You won’t hear Brzezinski tell you that some people no longer deserve to live, not unless you listen very carefully.

The real target of yesterday’s broadcast is the “1%.” Expressing strong support for worldwide revolt against economic injustice, even where rioting and violence have taken place, Brzezinski sees this movement, one he predicted in 2009, as totally inevitable and a true assertion of human will.

While the “slogan makers” talk about cutting social security and veterans benefits, the “mysterious” money world created what is called “toxic derivatives” in place of the “real money.”  Money quit being real when America went off the gold standard.

In a world where few really make anything and real commerce seldom reaches the past a few million dollars except in the oil and arms industry, an imaginary world of equally imaginary money has created a super-class of criminal elite, “Ponzi-schemers” and hucksters whose hidden wealth dwarfs that of even the Saudi princes.

How much money is out there, how big a figure?  America’s national debt, in the billions during the Carter Era will hit $16 trillion any day now.

This, however, isn’t the real figure.  The banks hold “derivatives,” actually unauthorized “mystery money” estimated at $240 trillion dollars.  Where is that “mystery money.”

The “1%”  have it and are enjoying it as though it were real, that and the money that used to be your 401k or the value that should represent the home you worked for.

That $240 trillion they have will also be the money your children and grandchildren will never earn, not unless they become banksters and hedge fund managers, trading “mystery money” in endless cycles, hoping the merry-go-round won’t stop again like it did in 2007.

Brzezinski’s real attacks, politely veiled, are on our national character itself.  With 1% of America’s rich controlling more wealth than 90% of our population, money he points out is generated through economically and socially unproductive means, through mysterious manipulation of markets, unregulated, unaccountable, purely destructive, Brzezinski calls for tight controls on worldwide financial activity.

As for American politics, he views the disposition to turn to “slogans” instead of substance as something he hope the current waves of social unrest sweeping America can end.

A key issue pointed out, congress is almost entirely made up of the “1%” that vast majority of Americans view as their enemy.  You will also find, among this list, the governors and mayors, the judges, whose political lives are spent punishing Americans that don’t share their love of greed.

Look at Michigan, Wisconsin and Ohio, just three of many.  Think of the 5 Supreme Court justices that overthrew every rule of g-d and man by making “corporations,” not into humans but into feudal nobility, ruling over America

Lists of those who take, those who have grown wealthy beyond measure on speculation but who have given nothing, donate nothing to charities, pay no taxes, give nothing to the world.

Brzezinski points out that these are the “norm” of the wealthy, the vast majority, not the few.

Behind this is an unheard and unseen subtext.  What if “shame” doesn’t work?

Ever hear the term “rich and shameless?”