Home Government America Back To The Future 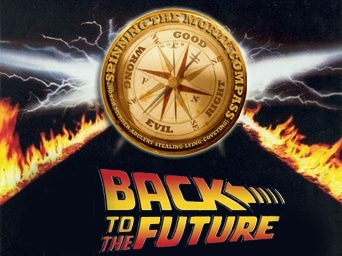 How America Lost Its Moral And Ethical Compass

The Occupy Wall Street movement should not have come as a surprise to official America and to Main Street. To be effective the movement has to move and seek the support and active involvement of Main Street. More than ever there is a need for Main Street America to take the helm and take charge of both Wall Street and Congress. The Tea Party and its sponsors could never be the answer to America of the future.

The failures are not a result of economic and market conditions as we are led to believe our political, business and financial leaders. They are the direct result of business, financial and political leaders losing their ethical and moral compass.

The collapse of the mortgage industry has nothing to do with market conditions and economics. It has every thing to do with the greed, incompetence and absence of moral values and business ethics.

Wall Street and executives of both Fannie and Freddie and the entire mortgage industry sought to maximize short term profits for themselves and their shareholders while pushing for and promoting predatory lending and sub-prime and marketing “products”. Products that Allen Greenspan called “creative financial instruments” that were nothing but trash.

It was a Ponzi scheme at the highest level of government and financial industry that was bound to collapse. A slick, financial fraud that was indeed innovative in the way to rob the nation and people of their wealth.

Wall Street in its greed was coming up with more and more risky financial instruments and products that with the blessing of the Federal Reserve and Congressional leadership contributed directly to the collapse of this Ponzi scheme leaving the taxpayers holding the bags. Wall Street and its financial officers and lawyers were not following sound business practice, certainly not following well-established economic principles.

No one can convince me and the American public that executives of US automotive industry simply failed to learn from the energy crises of the 70s and did not know the basic principles of good business practice and the consequences of building poor quality cars that rattles and breakdown often.

Yet these executives were earning tens of millions of dollars in annual compensation and bonuses. The collapse of the automotive industry was not because of hardworking committed American workers but because of poor quality executives who were in collusion with Wall Street.

It is too bad that America’s business leaders are trying to justify their ethical and moral lapses by putting the blame on market and market conditions.

They were and are getting paid tens of millions to think of market conditions and changing economies and to plan for it, yet their greed and lack of business scruples blinded the reality of what is out there and their lack of any business ethics contributed to the collapse of companies they manage and ran.

A $50 Billions simply did not disappear because Bernard Madoff was doing the right job for his clients. This has noting to do with market conditions, but it has every thing to do with being a crook and the absence of honest and good cops in Washington.

Tens of billions of dollars were fleeced from the Pentagon budget. These things do not happen because of bad market conditions. They happen because someone responsible out there did not do their job right.
It happened because contractors were simply dishonest and in collusion with those who supervise them and audit their work. Was

It happens because our government under George Bush not only nurtured incompetence but nurtured corruptions and lies as well. Bush and his now discredit NeoCons lied all the way to Baghdad.
It is not an accident that we went to war in Iraq for the wrong reasons and because of the lies that were planted and nurtured within the media supported by a media that was simply hyped for war knowing that others will die.

It is no wonder that those who occupied the White House, and leaders at Justice Department and Defense Department thought and believed harsh interrogation measures, torture, subcontract tortures to Middle East countries, indefinite detention, denial of rights to counsel are Ok and try to convince us that it was morally and legally right and part of our American values.

It is was no accident that our presidents with the consent and approval of Congress think it is Ok to spy on people and invade their privacy without strict control and supervisions of an independent judiciary.
It is not an accident that our government and our congressional leaders think it is OK to pass legislation that targets certain ethnic and religious group and actively engage in racial profiling and call it of all things the “Patriot Act”.

These things happened because our political leaders from the Oval Office to the lone soldier in Abu-Greib thought it was Ok to do all of these things under our new and revised standard of morality and ethics of the “Right Nation”. Donald Rumsfeld thought there was nothing wrong with allowing the looting of the Iraqi museums and ministries immediately with the arrival of our troops in Baghdad even made fun of it.
It is not no accident that we not only murder hundreds of thousands if not millions in our wars on Iraq and Afghanistan, and yes murder over 5,000 of our finest men and women, while wasting over a trillion of our hard earned tax dollars and simply say’ mistakes were made” and the “the war was not managed right”.
These things happened and do happens because those who are in charge lied and continue to lie and have no scruples and no sense of honesty and decency and have lost their moral and ethical compass.

And worse no one is held accountable for these moral and ethical lapses let alone for their incompetence and stupidity. Some even earned the highest honors by our nation.

Every where we go in every town and every city, there is a contractor, a business executives, a lobbyist who are cheating and engaging in bribes, breach of trust.

Elected officials and government officials are looking the other way, too busy raising money for the next election or lining up a future jog with industry they are dealing. The few made this nation a nation of thieves and crooks.

This will require more than just simply throwing money, and more money on the debt problem. It requires that each of us, those who believe in this nation and its values, the people of Main Street to take back the country from professional politicians, incompetent greedy and crooked business and financial leaders and put limitations on the powers of the lawyers they have over this nation.

Every one in America must be re-educated and re-introduced to the basic American values and ethics that made this country a great nation. The damage done by George Bush and the “Right Nation” will take a long a time to repair and heal. Our indifference to what is happening in Washington and Wall Street contributed to this loss of moral and ethical compass. Time to come out after 40 years in the Wilderness of the Right Nation.