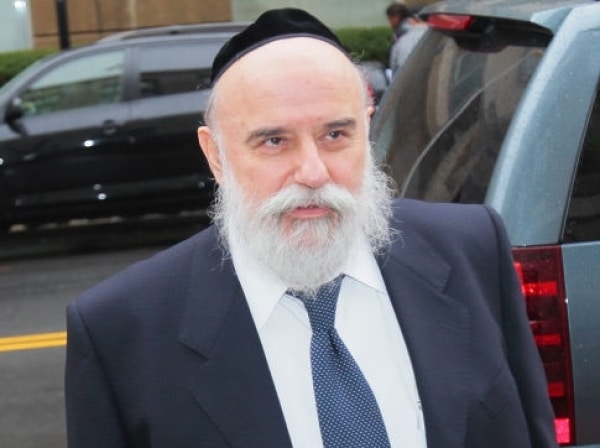 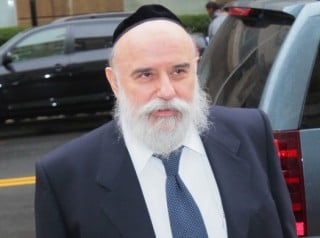 Rosenbaum was identified to the FBI seven years ago as a major figure in a global human organ ring.

An Israeli man who lives in Brooklyn pleaded guilty on Thursday to charges of brokering a kidney transplant as part of a black market organ business. This is the first human organ trafficking conviction in the United States. For many years, Israel has been at the top of organ trafficking. Rosenbaum received at least $450,000 for trafficked organs.

Rosenbaum was identified to the FBI seven years ago as a major figure in a global human organ ring.

Levy Izhak Rosenbaum, 60, confessed to three counts of acquiring human organs for transportation and one count of conspiracy in Trenton, N.J. Rosenbaum also admitted that three ailing people paid him a total of $410,000 to arrange illegal kidney transplants. He was caught in an undercover sting operation by the FBI when an agent paid him $10,000.

Lawyers for Rosebaum, who lives in the Borough Park section of Brooklyn, tried to paint him as an individual trying to help his fellow man in need.

“The transplant surgeries occurred in prestigious American hospitals and were performed by experienced and expert kidney transplant surgeons,” said attorneys Richard Finkel and Ronald Kleinberg in a statement reported by the Associated Press. “The transplants were successful and the donors and the recipients are now leading full and healthy lives… the recipients are no longer burdened by the medical and substantial health dangers associated with dialysis and kidney failure.”

Rosenbaum admitted that he would assist the donors and the recipients to coordinate a false story that would deceive hospital officials into believing that the donation was completely voluntary and was not part a monetary transaction.

“Rosenbaum admitted he was not new to the human kidney business when he was caught brokering what he thought was a black market deal,” said U.S. Attorney Paul Fishman, according to CalgaryHerald.com. “A black market in human organs is not only a grave threat to public health, it reserves lifesaving treatment for those who can best afford it at the expense of those who cannot. We will not tolerate such an affront to human dignity.”

Rosenbaum was also arrested in July 2009. The FBI had begun a crackdown on money laundering and political corruption in New Jersey.

If convicted of his most recent crimes, Rosenbaum could serve five years for each count and be ordered to pay a $250,000 fine. Rosenbaum agreed to forfeit his earning and might be deported back to Israel. He is currently under house arrest and will receive sentencing in February.

The practice of buying and selling organs is illegal in almost every country in the world. However, demand for kidneys has grown exponentially, with 4,540 people dying the U.S. last year while for a transplant, according to the United Network for Organ Sharing. There are just not enough willful donors to meet the demand and so the organ black market has increased around the globe.

Art Caplan is the co-chairman of the United Nations task force on illegal organ trafficking. He said Rosenbaum is guilty of one of the worst crimes a human being can commit.

“Internationally, about one quarter of all kidneys appear to be trafficked,” Caplan said according to CBS news. “But until this case, it had not been a crime recognized as reaching the United States.”

(Friday, July 24 2009, 1:45 AM) – The Brooklyn man arrested Thursday for dealing in black-market kidneys was identified to the FBI seven years ago as a major figure in a global human organ ring.

Levy-Izhak Rosenbaum‘s name, address and even phone number were passed to an FBI agent in a meeting at the Roosevelt Hotel in Manhattan by a prominent anthropologist who has been studying and documenting organ trafficking for more than a decade.

Nancy Scheper-Hughes of the University of California, Berkeley, was and is very clear as to Rosenbaum’s role in the ring.

“He is the main U.S. broker for an international trafficking network,” she said.

Her sources include a man who started working with Rosenbaum imagining he was helping people in desperate need. The man then began to see the donors, or to be more accurate, sellers, who were flown in from impoverished countries such as Moldova.

“He said it was awful. These people would be brought in and they didn’t even know what they were supposed to be doing and they would want to go home and they would cry,” Scheper-Hughes said.

The man called Rosenbaum “a thug” who would pull out a pistol he was apparently licensed to carry and tell the sellers, “You’re here. A deal is a deal. Now, you’ll give us a kidney or you’ll never go home.’ ”

Scheper-Hughes felt she had to stop Rosenbaum. She met with the FBI.

“I always thought of it as my Dick Tracy moment,” she said Thursday.

She waited and waited for something to be done. The FBI may have been following the lead of the State Department, which dismissed organ trafficking as “urban legend.”

“It would be impossible to conceal a clandestine organ trafficking ring,” a 2004 State Department report stated.

Scheper-Hughes had better luck in Brazil and in South Africa, where law enforcement corroborated her findings and acted decisively.

But the ring kept operating elsewhere. Scheper-Hughes visited villages in Moldova where, “20% of the men were siphoned off to be kidney sellers in this same scheme.”

Back in Brooklyn, Rosenbaum stayed busy. He was contacted by an FBI informant who introduced Rosenbaum to an undercover agent who supposedly wanted to buy a kidney for her uncle.

“I’m doing this a long time,” Rosenbaum was recorded saying.

The undercover asked how many organs he had sold.

“Quite a lot,” he answered.

On Wednesday, the FBI called Scheper-Hughes, who is putting her findings into the upcoming, “A World Cut in Two, The Global Traffic in Humans for Organs.”

“Why are you calling me now?” she asked.

Thursday, seven years after her Dick Tracy moment with the FBI at the Roosevelt Hotel, Rosenbaum was finally arrested.

Source: The Council for The national Interest