Home World UNESCO Full Membership — One Up to the Palestinians 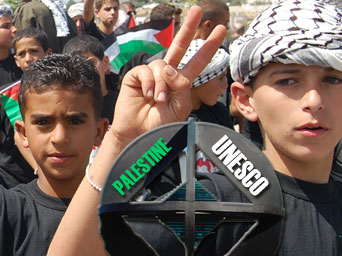 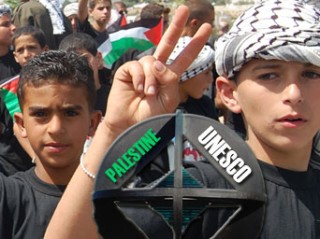 Admission as a full member to UNESCO (the United Nations Educational, Scientific and Cultural Organisation) is good news.

It makes a nice change for Palestinians to be able to chalk up a success.

Admission as a full member to UNESCO (the United Nations Educational, Scientific and Cultural Organization) is good news for them and bad news for their Israeli tormentors.

Palestine becomes the organization 195th member as soon as it has ratified UNESCO’s constitution.

China said yes, Russia said yes, the US and bosom-buddy Israel, Canada and Germany voted no and pretty well isolated themselves.

Although 52 member states were incapable of showing a spark of common decency and abstained, the vote was nevertheless a runaway 107 to 14 victory… collapse of stout party. Expect big sulks, hysterics and toys being thrown out of the Clinton, Obama and Netanyahu prams.

Among the abstainers was not-so-Great Britain, still too gutless to shake off the chains of subservience to the pro-Israel lobby and end its betrayal of the Palestinians.

The spiteful US State Department confirmed it would cut $60 million in funding for UNESCO. Israel’s Foreign Minister, Avigdor Lieberman, had threatened that a UNESCO yes vote would harm efforts to secure a peace agreement between the two sides.

And the American Jewish Committee’s executive director, David Harris, announced: “This is a sad day for UNESCO,” and called the Palestinian bid “a counter-productive gambit”, then trotted out the tiresome mantra that “only direct talks with Israel can bring about a two-state solution within the context of a comprehensive peace accord”.

UNESCO members vote one-by-one on whether to allow Palestinians full membership to the cultural agency.

Membership of course brings important benefits for Palestinians. For one thing, UNESCO protects world heritage sites. The Israelis have been systematically erasing Palestinian heritage with impunity, and they’ve been trying to put their name on Jerusalem by nominating the Old City for World Heritage status when it doesn’t even belong to them.

This concerns the property entitled “Jerusalem – the Old City and Ramparts to include Mount Zion” proposed by Israel as an extension to the “Old City of Jerusalem and its Walls” inscribed on the World Heritage List in 1981, upon proposal by Jordan. The Committee at its 25th Session (Helsinki, 2001) endorsed the recommendation of the 25th session of its Bureau (Paris, June 2001)

“to postpone further consideration of this nomination proposal until an agreement on the status of the City of Jerusalem in conformity with International Law is reached, or until the parties concerned submit a joint nomination”

It also refers to a resolution by the UNESCO General Conference stating that “nothing in the present decision, which is aimed at the safeguarding of the cultural heritage of the Old City of Jerusalem, shall in any way affect the relevant United Nations resolutions and decisions, in particular the relevant Security Council resolutions on the legal status of Jerusalem”.

The Tentative List is an inventory of those cultural and natural heritage sites of outstanding universal value that each member state intends to nominate for inclusion on the World Heritage List.

So Palestine will at last be able to submit its important sites in its own name for inclusion and protection from Israel’s malicious destructiveness, including perhaps Jerusalem’s Old City and especially the Temple Mount, under which Israel has been conducting unwelcome excavations.

Stuart Littlewood is author of the book Radio Free Palestine, which tells the plight of the Palestinians under occupation.  For further information please visit : www.radiofreepalestine.co.uk. 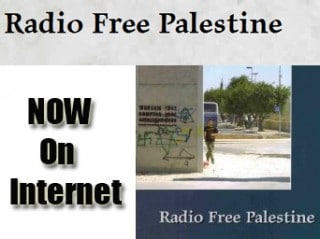