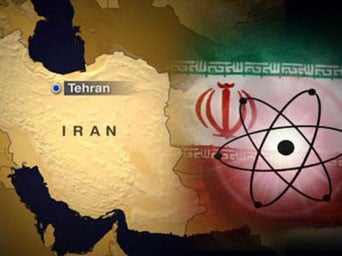 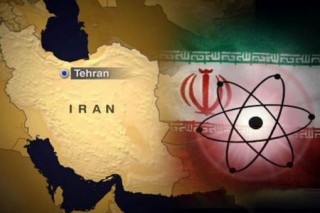 The ‘DG [director General] of all states, but in agreement with us’ was how the International Atomic Energy Agency (IAEA) chief Yukiya Amano was described by the US mission in Vienna.

According to a cable released by the Wikileaks in October 2009, “Amano reminded [the] ambassador on several occasions that he would need to make concessions to the G-77 [the developing countries group], which correctly required him to be fair-minded and independent, but that he was solidly in the US court on every key strategic decision, from high-level personnel appointments to the handling of Iran’s alleged nuclear weapons program.”

In an atmosphere of cringing obedience to Washington, Mr. Amano cannot choose but to play into the hands of the US officials who look over his shoulders and observe with diligence what he puts to paper in the report he writes about Iran.

The US-engineered new allegation against the Islamic Republic which is part of a 15-page document issued by the International Atomic Energy Agency is that Iran carried out “work on the development of an indigenous design of a nuclear weapon including the testing of components. Some activities relevant to the development of a nuclear explosive device continued after 2003” and “some may still be ongoing.” This new allegation is indeed based on the fiction of the laptop of death.

Allegations against the Islamic Republic practically started in 2004 when a mysterious figure handed over to the CIA a laptop he had purloined from an Iranian technician purportedly working at a nuclear plant in Iran. The laptop which has come to be known as the laptop of death is said to contain pages and pages of top-secret information in English detailing Iran’s lust for attaining technical knowhow to produce nuclear payroll for Shahab III missile.

When closely scrutinized one can see that the claim soon begins to lose credibility. Nonproliferation expert Jeffrey Lewis of the New America Foundation says the biggest loophole in the claim is the crude manner in which the laptop documents were constructed: “What led many of us to have serious doubts about it was how utterly unconnected from reality some of the information seemed. Some of the reports indicated that some of the view graphs were done in PowerPoint, which suggested to me that the program was not terribly sophisticated.” [Inter Press Service, 12/9/2006; New York Times, 12/4/2007]

Another fault which shoots another hole in the claim is that the documents were written in English, a language barely used in official Iranian documents let alone in documents of such paramount sensitivity.

In 2005, the US officials briefed the IAEA of the contents of the documents which they said described Iranian computer simulations and their efforts to design a nuclear weapon. However, they declined to provide the IAEA officials with any actual documents. In 2008, a battle ensued between the then IAEA chief Mohamed ElBaradei and George W. Bush.

Washington’s resistance to provide the IAEA or any experts in the field with solid documents soon translated their doubt into certainty that the hypothetical documents were not real and that the US government had built an unsteady castle of doubts to the satisfaction of the anti-Iran ill wishers.

ElBaradei who thought Iran should be given a fair chance to see at least some of the invisible documents found out that this was too much to expect of Washington.

According to American and foreign officials, the laptop documents detailed a project known as Green Salt, involving uranium processing, high explosives and a missile warhead design.

In 2007, Iran’s former Deputy Minister of Defense, General Ali Reza Asgari, disappeared mysteriously in Turkey. A report carried by The Guardian however quoted former CIA officer Vincent Cannistraro as saying that Asgari “is a longtime Western intelligence agent, and is immediately debriefed by Turkish and US intelligence officials. Asgari will be given a new identity; his current whereabouts are unknown to the public.” (The Guardian, 12/8/2007). It was alleged by US sources that Asgari had defected with “bags of documents,” about Iran’s nuclear program and that the US officials would be in a position to use the information Asgari provided to corroborate the finding that Iran had stopped research into nuclear weapons development.

In fact, Asgari was abducted by Mossad and CIA agents while he was in Turkey and transferred to Israel through the United States’ Incirlik military base in Turkey. A Ynetnews report stated that a prisoner had committed suicide in solitary confinement in Israel’s Ayalon prison (Ynetnews.com 28 December 2010). However, it was later revealed that a source within the “inner circle” of the Israeli Defense Ministry had identified the prisoner as Asgari and that he had been murdered.

The abduction of General Asgari by the CIA and Mossad agents was meant to serve as a compelling evidence for manipulating the international public opinion into believing that Iran is indeed seeking to produce nuclear weapons.

Washington resorts to any means of coercion, duress, abduction and fabrication to push ahead with its agenda of accusing the Islamic republic of pursuing a clandestine nuclear weapons program and striking fear into the heart of the world that Iran is on the course of producing nuclear weapons and that the world is on the brink of ruination.

These are strange times.

Like a juggling fiend, Washington produces some invisible documents from an old laptop obtained from an imaginary person; the invisible information is then metamorphosed into a series of serious threats for global security and waters the roots of animosity towards and fear for the Islamic Republic while Israel, the main game player which pulls Washington’s strings, possesses a huge arsenal of over 300 nuclear warheads, test fires nuclear capable missiles with a range of 10,000 kilometers and can target not only Iran but Russia and China and many other countries as well does not become a source of angst in the world.