1.    How To Support Our Troops And Vets This Veterans Day.  USA Today  Ideas on how to “make an impact” for veterans, including by supporting “veterans year-round” through “volunteering or donating money to the Veterans Affairs Department.” USA Today adds, “According to the VA website, about 30% of the current adult homeless population has served in the Armed Forces. Help these homeless veterans by creating a food or clothing drive and coordinating with a local VA homeless program to get the items to these veterans in need.”
2.    Retailers, Restaurants Offer Veterans Day Freebies. USA Today
3.    Veterans Day Events To Be Held Across D.C. Region.  Washington Post
4.    Civil War Soldiers To Be Honored On Veterans Day.  Washington Post
5.    White House Works With Google On New Veterans Job Search Bank And Widget. Federal Computer Week
6.    VA serving increasing number of female veterans.  Charleston Gazette  As the number of female veterans in the armed forces continues to rise, officials with the US Department of Veterans Affairs are expanding efforts to help women deal with issues like post-traumatic stress disorder, depression, sexual trauma and even …
7.    Wanted: Photos of Veterans.  Patch.com  Courtesy of Patti Theros There are more than 24 million veterans who have served in the armed forces, returned and are now living among us in the United States, according to the US Department of Veteran Affairs. We all know someone–a friend, …
8.    Putting Veterans to Work: a Win-Win for Veterans and the Private.  govWin (blog)
The benefit of connecting with the community, according to Hirning, is that you can tap into programs for veterans. The US Department of Veteran Affairs, for example, has a program for employing veterans, and many states have similar incentives. …
9.    VA prosthetics lab steps up to help amputees (WITH VIDEO).  News-Herald.com
There aren’t any slow days in the prosthetics and orthotics lab at the Louis Stokes Veterans Affairs Medical Center in Cleveland. “The way we define it in the VA (US Department of Veterans Affairs), if it goes on the body or in the body to improve …
10.  Notice to military Veterans.  Marshalltown Times Republican You can help yourself and your family by learning about the many programs available through local and state agencies. During a recent Iowa Department of Veterans Affairs instructional program, VA leaders emphasized that increased awareness should be … 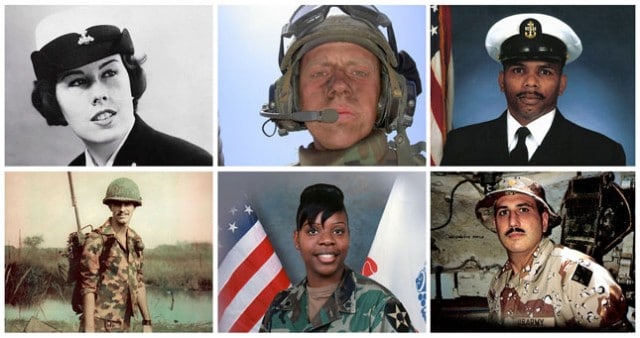 By Veterans, For Veterans: A Photo Collection of VA Employees in Uniform

Over 100,000 Veteran employees at VA work to provide services to their fellow Veterans. In honor of Veterans Day, we collected over 1,500 photos of employees in uniform. Take a look!