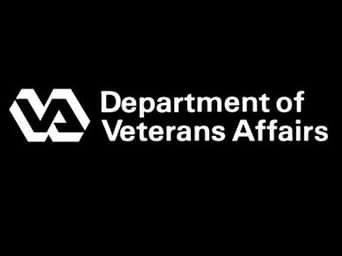 The Department of Veterans Affairs (VA) today announced its information technology (IT) systems development metrics for fiscal year (FY) 2011, highlighting its successful delivery of 89 percent of all IT project milestones.

“By demanding greater accountability, we’ve made dramatic improvements in the way VA develops, delivers and maintains IT systems,” said VA Secretary Eric K. Shinseki.  “Since adopting the PMAS, we have successfully dealt with our legacy systems’ development problems, and released many new IT systems that provide critical services to our Veterans.”

Under a tracking program called Performance Management and Accountability System (PMAS), VA managed 101 IT projects during the year, establishing a total of 237 milestones and successfully executing 212 of them.  The IT projects are designed to enhance the reliability and capabilities of VA’s health, benefits and interment data systems.  Of the 25 IT projects that missed their delivery milestone date, more than half delivered within the next 14 days.

During FY 2011, projects delivered functionality that was important for Veterans’ health care, including a pharmacy application that enhances detection of potential adverse drug interactions, as well as enhancements to speed the processing of Post 9/11 GI Bill education claims.

Prior to implementing PMAS, VA estimated its success rate in delivering IT projects on schedule was under 30 percent.  Independent studies have reported IT project success rates across industry and government at approximately 32 percent, on average.

VA attributes at least $200 million in cost avoidance to implementing the PMAS program to manage the 45 projects that were stopped in 2009.  It also cites PMAS and other strong management disciplines as the main reason the department has requested no increase from its 2010 IT spending level in its 2011 and 2012 budgets.

“As our 2011 results show, the real purpose of PMAS is to ensure our IT investments result in successful delivery of functionality that serves Veterans,” said Roger Baker, VA assistant secretary for information and technology.  “President Obama’s goal is that every taxpayer dollar is well spent, and that is exactly what we are doing in VA IT development.  Congress and the taxpayers can be assured VA is achieving maximum benefit for America’s Veterans from the dollars invested in new technology.”

President Obama has requested approximately $3.161 billion and 7,345 full-time federal employees in his FY 2012 budget for VA IT.  VA’s systems development budget currently exceeds $1 billion and its IT development organization currently has more than 3,500 full-time federal and contractor employees.  It is responsible for all IT systems enhancements that support VA’s services to Veterans, as well as internal management systems.