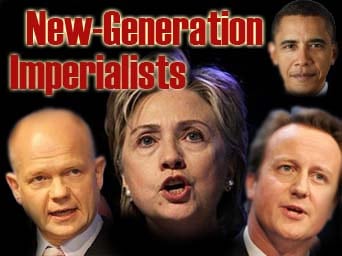 They haven’t learned from the past, and they won’t lift their eyes to a better future.

When new recruits join British Petroleum (BP) they are fed romantic tales about how the company came into being.

William Knox D’Arcy, a Devon man, studied law and, after emigrating to Australia, made a fortune from the Mount Morgan gold-mining operations in the 1880s. Returning to England he agreed to fund a search for oil and minerals in Persia and negotiations with the Mozaffar al-Din Shah Qajar began in 1901. A sixty year concession to explore for oil gave D’Arcy the oil rights to the entire country except for five provinces in Northern Iran. The Iranian government would receive16% of the oil company’s annual profits.

Mozzafar ad-Din, seldom consulted on matters of state by his father, was naive in business matters and unprepared for kingship when the time came. He borrowed heavily from the Russians in order to finance his extravagant personal lifestyle and the costs of the state, and in order to pay off the debt he signed away control of many Iranian industries and markets to foreigners. The deal D’Arcy cut was too sharp by far and would eventually lead to trouble.

He sent an exploration team headed by geologist George B Reynolds. In 1903 a company was formed and D’Arcy had to spend much of his fortune to cover the costs. Further financial support came from Glasgow-based Burmah Oil in return for a large share of the stock.

Drilling in southern Persia at Shardin continued until 1907 when the search was switched to Masjid-i-Souleiman. By1908 D’Arcy was almost bankrupt. Reynolds received a last-chance instruction: “Drill to 1,600 feet and give up”. On 26 May at 1,180 feet he struck oil.

It was indeed a triumph of guts and determination. The Anglo-Persian Oil Company was soon up and running and in 1911 completed a pipeline from the oilfield to its new refinery at Abadan. But the company was in trouble again by 1914.  The golden age of motoring had not yet arrived and the industrial oil markets were sewn up by American and European interests. The sulphurous stench of the Persian oil, even after refining, ruled it out for domestic use, so D’Arcy had a marketing problem.

Luckily Winston Churchill, then First Lord of the Admiralty, was an enthusiast for oil and wanted to convert the British fleet from coal especially now that a reliable oil source was secured. He famously told Parliament: “Look out upon the wide expanse of the oil regions of the world!” Only the British-owned Anglo-Persian Oil Company, he said, could protect British interests. His resolution passed and the British Government took a major shareholding in the company. Just in time too, for World War One started a few weeks later.

During the war the government seized the assets of a German company calling itself British Petroleum in order to market its products in Britain. Anglo-Persian acquired the assets from the Public Trustee complete with a ready-made distribution network with hundreds of depots, railway tank wagons, road vehicles, barges and so forth. This enabled Anglo-Persian to rapidly expand sales in petroleum-hungry Britain and Europe after the war.

In the inter-war years Anglo-Persian profited handsomely from paying the Iranians a measly 16%, and an increasingly angry Iran tried to renegotiate the terms. Getting nowhere, the Iranians cancelled the D’Arcy agreement and the matter ended up at the Permanent Court of International Justice at The Hague. A new agreement in 1933 provided Anglo-Persian with a fresh 60-year concession but on a smaller area. The terms were an improvement for the Iranians but still didn’t amount to a square deal.

Anglo-Persian changed its name to Anglo-Iranian Oil Company in 1935. By 1950 Abadan was the biggest oil refinery in the world and Britain, with its 51% holding in Anglo-Iranian, had affectively colonised part of southern Iran.

Iran’s small share of the profits became a big issue and so did the treatment of its oil workers. 6,000 withdrew their labour in 1946 and the strike was violently put down with 200 dead or injured. In 1951 Anglo-Iranian declared £40 million profit after tax but gave Iran only £7 million. Meanwhile Arabian American Oil was sharing profits with the Saudis on a 50/50 basis. Calls for nationalisation were intensifying.

In March 1951 the Iranian Majlis and Senate voted to nationalise Anglo-Iranian, which had controlled Iran’s oil industry since 1913 under terms disadvantageous to Iran. Respected social reformer Dr Mohammad Mossadeq was named prime minister the following month by a 79 to 12 majority. On 1 May Mossadeq carried out his government’s wishes, cancelling Anglo-Iranian’s oil concession due to expire in 1993 and expropriating its assets.

“Our long years of negotiations with foreign countries… have yielded no results this far. With the oil revenues we could meet our entire budget and combat poverty, disease, and backwardness among our people. Another important consideration is that by the elimination of the power of the British company, we would also eliminate corruption and intrigue, by means of which the internal affairs of our country have been influenced. Once this tutelage has ceased, Iran will have achieved its economic and political independence.

“The Iranian state prefers to take over the production of petroleum itself. The company should do nothing else but return its property to the rightful owners. The nationalization law provides that 25% of the net profits on oil be set aside to meet all the legitimate claims of the company for compensation…

It has been asserted abroad that Iran intends to expel the foreign oil experts from the country and then shut down oil installations. Not only is this allegation absurd; it is utter invention…”

For this he was eventually removed in a coup by MI5 and the CIA, imprisoned for 3 years then put under house arrest until his death. 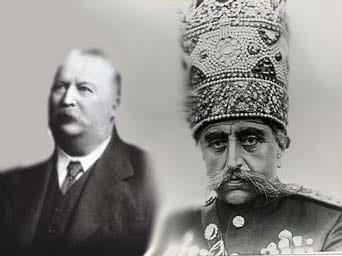 In the meantime Britain orchestrated a world-wide boycott of Iranian oil, froze Iran’s stirling assets and threatened legal action against anyone purchasing oil produced in the formerly British-controlled refineries. It even considered invading. The Iranian economy was soon in ruins. Attempts by the Shah to replace Mossadeq failed and he returned with more power, but his coalition was slowly crumbling under the hardships imposed by the British blockade.

At first America was reluctant to join Britain’s destructive game but Churchill let it be known that Mossadeq was turning communist and pushing Iran into Russia’s arms at a time when Cold War jumpiness was high. It was enough to get America’s new president, Eisenhower, on board and plotting with Britain to bring Mossadeq down

Chief of the CIA’s Near East and Africa division, Kermit Roosevelt Jr, arrived to play the leading role in an ugly game of provocation, mayhem and deception. An elaborate campaign of disinformation began, and the Shah signed two decrees, one dismissing Mossadeq and the other nominating the CIA’s choice, General Fazlollah Zahedi, as prime minister. These decrees were written as dictated by Donald Wilbur the CIA architect of the plan.

The Shah fled to Rome. When it was judged safe to do so he returned on 22 August 1953. Mossadeq was arrested, tried, convicted of treason by the Shah’s military court and sentenced to death.

“My greatest sin is that I nationalized Iran’s oil industry and discarded the system of political and economic exploitation by the world’s greatest empire… With God’s blessing and the will of the people, I fought this savage and dreadful system of international espionage and colonialism.

“I am well aware that my fate must serve as an example in the future throughout the Middle East in breaking the chains of slavery and servitude to colonial interests.”

The sentence was later commuted to three years’ solitary in a military prison, followed by house arrest until he died on 5 March 1967. Mossadeq’s supporters were rounded up, imprisoned, tortured or executed.

Zahedi’s new government soon reached an agreement with foreign oil companies to form a consortium to restore the flow of Iranian oil, awarding the US and Great Britain the lion’s share – 40% going to Anglo-Iranian. The consortium agreed to share profits on a 50-50 basis with Iran but, tricky as ever, refused to open its books for inspection or verification by Iranian auditors or allow Iranians to sit on the board.

Anglo-Iranian changed its name to British Petroleum in 1954.

A grateful US massively funded the Shah’s government, including his army and secret police force, SAVAK.

The West’s fun came to an abrupt halt with the Islamic Revolution of 1979 and the book closed on a chapter in British enterprise that started heroically, turned nasty and ended in tears.

The US is still hated today for reinstating the Shah and his vicious SAVAK, and for demolishing the Iranians’ democratic system of government, which the Revolution unfortunately didn’t restore. Britain, as the instigator and junior partner in the sordid affair, is similarly despised.

On top of that, Iran harbors great resentment at the way the West, especially the US, helped Iraq develop its chemical weapons arsenal and armed forces, and how the international community failed to punish Iraq for its use of chemical weapons against Iran in the Iran-Iraq war. The US, and eventually Britain, tilted strongly towards Saddam in that conflict and the alliance enabled Saddam to more easily acquire or develop forbidden chemical and biological weapons. At least 100,000 Iranians fell victim to them.

This is how John King, writing in 2003 http://www.iranchamber.com/history/articles/arming_iraq.php , summed it up…

Which brings us to today… Why are we hearing non-stop, loud-mouthed sabre-rattling against Iran when we should be extending the hand of friendship and reconciliation?

David Cameron (b. 1966) wasn’t even a twinkle in his father’s eye when Britain crushed Iran’s democracy, and was probably carousing with his Bullingdon Club pals at Oxford while Iranians were dying in their thousands from Saddam’s poison gases. What does he know?

Obama (b. 1961)? He was a community organiser in Chicago while the Iranians were being mustard-gassed by chemicals his country supplied to Saddam. What does he know?

So why are they demonising Iran instead of righting the wrongs? Why not live and let live?

Because the political establishment is still smarting.

They are the new-generation imperialists, the political spawn of those Dr Mossadeq and many others struggled against.

They haven’t learned from the past, and they won’t lift their eyes to a better future. It’s so depressing.