Home Veterans NYPD: So Much to Hide 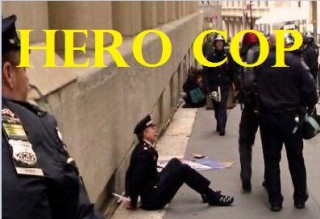 A Tale of Two Cops in Cuffs

He knows he risks his life by coming out, in uniform, exposing American police as the enemy so many have known them to be for so long.

Why do you think Americans value the right to bear arms?  Do you think they fear criminals?  Any intelligent American knows the biggest “homegrown threat” is our own police.  Any doubts about that are long gone.

There is a television show, “Bluebloods,” based loosely on a former NYPD Commissioner named Bernie Kerik.

Right winger, Tom Selleck, plays Kerik, the convicted felon who was sold to America as the “hero cop” on 9/11 along with his unindicted and unconvicted “cohort,” Rudy Giuliani.

In December 2004, President George W. Bush nominated Kerik as United States Secretary of Homeland Security. A week later, Kerik withdrew his nomination, explaining that he had employed an illegal immigrant as a nanny; subsequently, numerous allegations surfaced which would likely have led to a confirmation battle in the Senate.

In 2006, Kerik pleaded guilty to two unrelated ethics violations after an investigation by the Office of the Bronx District Attorney, and was ordered to pay $221,000.

A grand jury of the United States District Court for the Southern District of New York issued a 16-count indictment against Kerik on November 8, 2007, alleging conspiracy, mail fraud, wire fraud and lying to the Internal Revenue Service.

Kerik surrendered to authorities the next day and pled not guilty to all charges.[2][3][4] On October 20, 2009, his bail was revoked and he was jailed pending trial.[5] On November 5, he pleaded guilty[6] to 8 charges in a plea bargain with prosecutors who recommended a jail sentence of 27 to 33 months.[7]

Kerik was sentenced to four years in federal prison on February 18, 2010.[8] On March 30, 2011, he lost his appeal in federal court to have his four year sentence reduced because of alleged bias by the sentencing judge.[9]

New York City Police Commissioner, while preparing to take over as Director of Homeland Security for President Bush, heads off to prison on corruption charges:

Kerik, former “driver” for Giuliani, took over as police commissioner just before 9/11.  Immediately thereafter, he was “tasked” to train the Iraqi police, millions, even billions heading his way.  Some have heard the story of the “dancing Israeli’s.”

Those who haven’t, who aren’t aware that a Mossad team was arrested filming 9/11, having been sent to the US in advance for that specific purpose, something they bragged about on TV, have to have been hiding under a rock for the last decade. 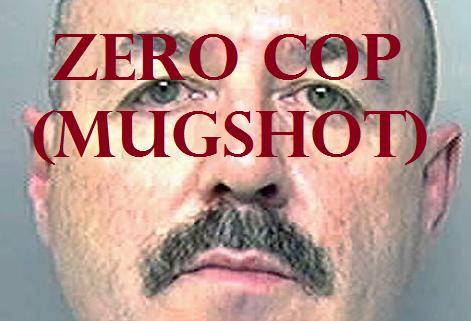 Today, New York police are taking money directly from the “banksters,” the unpunished but “guilty as hell and easy to prove” scamsters that the “occupy” movement has targeted.

NYPD has proven itself clearly sided against America and working for “the mob.”

Were this the only story, it would be one we have seen before, police as tools of oppression, bribed, bought or simply useless.

However, a story long suppressed, hoped forgotten tells a more serious side of NYPD, not as “mercenaries” but very possibly fully complicit in terrorism as well.

What the New York police really have to hide:

Better still, a third team was caught, same trucks as the “dancing Israelis,” with Urban Movers on the side, explosives, weapons, multiple passports, these two terror teams simply disappeared.

Were they on the flight to Tel Aviv authorized by President Bush over FBI objections?

You heard it, didn’t you?  “Israeli citizens (many thousands worked in the WTC) were told by their government to ‘take the day off’ on 9/11.”  The ADL said the rumor came from an antisemitic group.

Here you saw it, it came from a Fox News report, owned by Newscorp, controlled by Rupert Murdoch, who holds Israeli citizenship.  Is what Fox reported true?  I don’t know but I do know that the ADL lied.  What does that mean?  You know what that means, I think we all do.  But, today, our issue is NYPD and their inexplicable role in the greatest conspiracy of the century.

With some of their own dead at the hands of the 9/11 conspiracy, now totally “bin Laden free,” with no Muslim participation of any kind, some police, many firefighters and so many more dead or sick and dying from the myterious after-effects of the 9/11 incident, we can call it nothing else, why has the effort to erase the real story of that day been so successful?

How do we define “corrupt?”

I credit the police for arresting team after team of foreign intelligence agents now suspected of full participation in the planning and execution of “the incident” on 9/11.  We know “the Commissioner” got fat contracts, was nearly put in charge of Homeland Security and ended up in prison.

We also know there are hundreds of police in New York, some retired, who served on 9/11 but failed America from that day forward.  Now we see how easy it must have been.

9/11 was a simple crime that any small town cop could have figured out in a week.

Now my doubts are gone, NYPD command was very much at the heart of it all.

The silence screams it out, their behavior, mercenary and lawless, tells us the days of Serpico are back in a very big way.