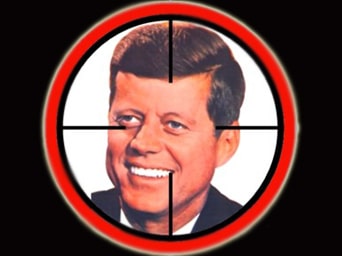 Welcome back. This is Truth Jihad Radio. I’m Kevin Barrett, talking with Saint John Hunt. He’s…well, he’s done more to bring out the truth about the JFK assassination than just about anybody…in part because although the information has been brought out by others, it has never been brought out in the form of an actual full confession. And what the debunkers, the people who didn’t want this information to be widely known, used to say, was: “If there were such a complex plot, wouldn’t someone have confessed?” Well, actually, a lot of people have confessed. But the most important of all of these confessions is the confession of Howard Hunt, the CIA operative who helped kill President Kennedy as part of his work with the CIA.

Saint John, we only have a few minutes left, so let’s cover a few more of these points about who really did this. CIA assassin David Morales was also one of the people your father named, right?

Yeah, that’s right. David Morales was an interesting guy. He became involved in 1953 with the CIA’s Executive Action plan, also known as Operation 40, which we were just discussing. He became one of their top assassins, and carried out a lot of their “wet work” as they say. In 1961, Bill Harvey, who was then Station Chief in Rome, whom my father called “a two-fisted gun-toting alcoholic psycho,” who also hated Kennedy, brought David Morales to the secret CIA station in Miami called JM WAVE. So this was the genesis of this plot (that killed JFK): You had David Morales there in Miami, you had Frank Sturgis, who was considered the mercenary – another guy who carried out wet work for the CIA, used to be a mob enforcer at the casinos for the American mafia, and a long-time friend of my father’s. My father testified that he had only met Sturgis in the early 70’s. But he told me, and gave me documentation, that he had known Sturgis for many, many years, going all the way back to the pre-Bay of Pigs invasion. And so here you have this cadre of very angry CIA contract agents, assassins, and bigwig personnel that formed this circle in order to eliminate Kennedy. The initial assassination attempt was to have been in Miami, Florida. I don’t know the details of how and why that was switched, but it was moved over to Dallas, probably because…they had several “assassins” lined up from what I understand, but certainly Oswald was one of the “assassins,”or actually the patsies, you know, the fall guys, to take the blame for this. And he of course was located in Texas.

They had another one in Chicago, supposedly. If Dallas didn’t happen, they were going to do it in Chicago, right?

Yeah, I think there was the one on Miami, and if it didn’t happen there they were going to hit him in Dallas, and if it didn’t happen there they were going to hit him in Chicago. These guys were on a one-way track to getting this situation resolved: “We’re going to neutralize JFK, get him out of the picture.” Wherever and whenever. They had long-range plans, like you said. Chicago was the third attempt that was going to happen if the other two didn’t, for some reason, come off. And they used different circles of assassins, and different patsies. So this is a multi-layered thing. But the conspiracy itself was very minimal. You have LBJ giving his nod of approval, and you have his cohort and long-term buddy and neighbor J. Edgar Hoover, who agreed to it – who was going to be forced into mandatory retirement within a year or so of 1963, and who headed the investigation, did all the investigating in the assassination. Of course we all know that most of that was horseshit, excuse my language. But after Kennedy died, Johnson gave Hoover the life term position of Head of the FBI, in exchange for his mounting this farce of an investigation (into JFK’s death). They only investigated what they wanted to have turn out as having Oswald being the sole lone-nut gunman. They didn’t investigate any of the other credible witnesses. In fact, the FBI apparently harassed and threatened many of the witnesses from Dealy Plaza who said they heard shots, saw smoke, and saw movement behind the Grassy Knoll on the fence. These people were told never to say (what they saw); they were browbeaten and harassed – much like some of the witnesses in the RFK assassination, when they saw a woman in a polka dot dress (shooting RFK).

Some of the same players were involved there, too. (Top CIA assassin) David Morales is actually on film fleeing the scene of the RFK assassination.

I’ve heard that that was the case. It would not surprise me. He was a very handy guy to have around. (laughter) And was not afraid to do the heavy work.

He (Morales) bragged about it, too. He bragged, “I was in Dallas when we got the son-of-a-bitch, and I was in LA when we got the little bastard.” And it was after he started drinking and bragging like that he suffered an untimely death. There’s a great article about his funeral, where the whole spook elite sort of just shows up out of nowhere. [Note: This article was published in a national magazine sometime during the past decade. Feel free to find it and email me the url! kbarrett(at)merr(dot)com

Is that right? Oh my God. That’s very interesting. Yeah, he told his long-time friend Rueben Carbajal that he had helped take care of that SOB Kennedy in Dallas.

So you have LBJ in the White House giving his approval. You have J. Edgar Hoover for doing all the legal work.
People think, how could you get all of these hundreds of people involved? It was not (that elaborate). It was very simple and well thought-out. You had the crew that did the planning and the assassins that were part of the crew. And then you had the really top guys, Hoover and LBJ, that took care of both ends of the spectrum: The White House, and the Justice Department and FBI. And that was about it. A few other people here and there – the doctors at Parkland Hospital were prohibited from examining the head wound, they actually destroyed some of the tissue, and –

Right. There’s a very interesting film, a short film, of the motorcade getting ready to drive from the airport to the motorcade route. And there’s a call that comes in to the top Secret Service guy on that detail. And suddenly all of the Secret Service agents who should be running alongside the car start dropping off. Several of them are seen throwing their hands up in the air, like “What the hell’s going on?” Of course, it’s almost legendary now that they were all drinking heavily in a bar the night before. But yeah, there were a lot of things that just went AWOL that morning for JFK. And we now know why.

That event really did send a message to future presidents. Like today, Obama probably has to think about these things. He’s just gotten a bunch of threats. There were people with a huge pile of ammunition down in Georgia, gunning for him, Eric Holder and Cynthia McKinney. And there’s this guy with the word “Israel” tattooed on his neck who was arrested for shooting a couple of bullets into the White House. All of this happens right at the moment when Netanyahu is all but ordering Obama to attack Iran for Israel. And Obama, he and his crew of military people, seem to be hesitating.
So it seems like decision-makers now have to take into consideration the ease with which they could be killed if they don’t do what the powers-that-be tell them to do.

That’s absolutely true. I feel badly for Obama, who really was the great hope of this generation to pull itself out of that ideology of greed and corporate power and military excess. He had wonderful promises. But once he got into the middle of all this stuff, it probably became very clear to him that he was going to have to downsiz…almost everything that he naively promised, with good intention and good heart. It just kind of altered and fell. And that’s one of several strong reasons why.

That could be. I tried to grant him every benefit of the doubt in my book Questioning the War on Terror: A Primer for Obama Voters . But he may have been somewhat of a “made man” even before he ran for the White House. On the other hand, I don’t think he really wanted to keep Guantanamo open and keep torturing people and ordering people murdered. He’s a Constitutional lawyer, after all.

We’ve reached the end of the show. You have a terrific website: SaintJohnHunt.com.

I hope to have you back. We’ve barely scratched the surface of some of these things.

Let’s do this next year, and on the 50th anniversary. Maybe we can have a little round-table of folks.

Thanks, Saint John Hunt, it’s been great. Keep up the good work.

Thank you so much for having me. It was a pleasure to be on your show. And thank all your listeners.

Commenters have corrected me, saying that actually the Chicago JFK assassination attempt was to have taken place before Dallas, but apparently was a no-go. See James Douglass, JFK and the Unspeakable, chapter 5, “Saigon and Chicago.”