Home World Israeli Intransigence On Palestine Isolating Both The U.S. And Israel 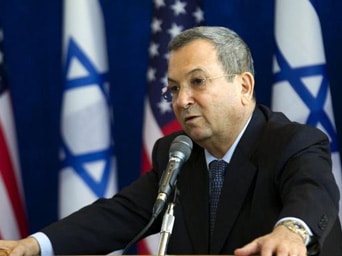 The U.S. and Israel “now looked trapped together, weakened and dangerously isolated” during the Arab Spring over Israel’s intransigence on statehood for Palestine, an article in The New Yorker magazine charges.

“A more creative Israel would embrace Palestine’s recognition, which it has already endorsed in principle, and then rally allies to its side, to leverage their support in decisive settlement talks,” writes Steve Coll in the Sept. 26th issue.

Israeli Defense Minister Ehud Barak allegedly privately told his nation’s leaders, “By sharpening tensions with the Palestinians, we are inviting isolation on Israel.”

Coll terms the case for Palestinian statehood “compelling.” “Since the 1993 Oslo Accords, Palestinian leaders have been told repeatedly that if they organized themselves peacefully and negotiated in good faith with Israel they would win statehood.”

“Their performance has often disappointed,” he continues. “Yasir Arafat eschewed a deal with Isael in 2000; Hamas has persistently launched indiscriminate attacks and broadcast anti-Semitism. Yet, under the Palestinian Authority’s sway, the West Bank now resembles a legitimate state more closely than at any time since 1967.”

Two years ago, under Prime Minister Salam Fayyad, the Palestinian Authority began to improve governance and while its security forces “still mete out abuses,” Coll writes, “Palestinian leaders have delivered on many of their pledges.” What’s more, last April the World Bank said that the Authority is “well-positioned for the establishment of a state at any point in the near future.”

Although President Obama told the UN’s General Assembly last year that renewed talks could lead to “an independent sovereign state of Palestine” real progress has gone no further than words. “Many Palestinian leaders,” Coll writes, “have therefore concluded that it may be impossible to achieve statehood through negotiations with (Israeli Prime Minister Benjamin) Netanyahu.”

“Their pessimism is well grounded,” Coll continues. “The evidence suggests that he seeks only to fob off the Palestinian Authority, as well as his allies in the United States and Europe, in order to buy more time to bankroll more settlements on the West Bank, which will change the contours of the conflict.”

Far from doing it any good, Israel’s intransigence is turning once friendly nations against it. “Five  years ago, Turkey was, with Egypt, Israel’s most important ally in the Muslim  world,” Coll writes. Now the Turkish Prime Minister Recep Tayyip Erdogan derides Israel as “the West’s spoiled child.”

“The loss of Turkey’s allegiance is an unnecessary calamity for Israel, one that is symptomatic of the country’s self-defeating paralysis,” Coll writes.

Sherwood Ross is a Miami-based reporter and free-lance writer. Reach him at [email protected]