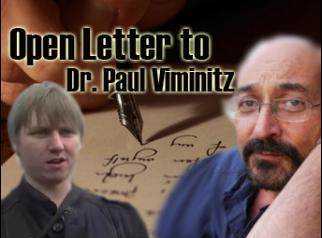 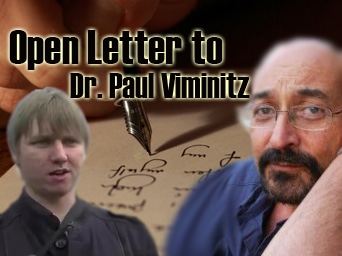 It never ceases to amaze me: The academy, whose job is to speak truth to power, has effectively banned serious questioning of what happened on 9/11/2001.

If you’re a professor, you can say just about anything. You can even defend the mass slaughter of non-combatants on 9/11 and cheer the perpetrators – as long as you toe the party line that it was al-Qaeda that did it. Take Paul Viminitz – please.

Viminitz, a pro-Zionist Jew who poses as a big al-Qaeda supporter, is regularly invited to lecture at universities around the world. (See my open letter to him below.)

But because I, like almost all Muslims, question the official story of 9/11, those organizing my February 1st talk at the University of Minnesota-Duluth cannot find a single faculty sponsor. The thousands of experts who question the official story of 9/11 are effectively blacklisted from the academy and the mainstream media, just as I remain blacklisted from teaching in the University of Wisconsin system.

Please ask the University of Minnesota-Duluth Philosophy Department to sponsor my February 1st talk “9/11 and the Neocon Agenda.” (I will be critiquing Straussian neoconservatism, the most influential movement in contemporary political philosophy, and presenting my Socratic questioning of the “war on terror“.) Write to David Cole, Chair, at [email protected] or send snail-mail to:

First: If you really believed that 9/11 was a glorious and effective and ethically-defensible strike by radical Muslims, you would indeed be sincerely puzzled by the fact that you are never harassed in airports (as I am); and you might even wonder why you haven’t been sent to Guantanamo or targeted by a predator drone, as Anwar al-Awlaki was, ostensibly for voicing opinions similar to yours. You would be nonplussed at being allowed to continue to teach at a major Canadian university without suffering the sort of persecution that people like me (career destroyed, $2 million lifetime earnings stolen) and Tony Hall (harassed, regularly slandered in media, etc.) and Steven Jones (forced into early retirement) and Four Arrows (career destroyed, forced into exile) and Jimmy Walter (forced into exile) have to put up with due to our work for 9/11 truth. You would be amazed that you are highly in-demand as a speaker at official institutions, and astounded that you are being paid very well by the Western powers-that-be to argue that al-Qaeda did 9/11, had every right to do it, and is winning the war it launched in such an auspicious fashion.

But I don’t think you are genuinely puzzled at all. Rereading your emails below, and your dialogue with Joshua, it has become clear to me that you are acting in bad faith. Or to put it in less philosophical terms: You are full of shit.

You know full well that Zionists and their US assets did 9/11 as the Coup d’Etat outlined in Luttwak’s manifesto of that name. And as a philosopher of war, you are participating in the war, in good Straussian fashion, by reinforcing the noble lie.

You know that 9/11 was designed to pre-empt the growing strength of Islam and the Islamic world, and provide “a clean break” to help Israel “transcend” its enemies. As a philosopher of war, you are undoubtedly familiar with Wolfowitz’s lifelong obsession with remarks by Albert Speer, to the effect that if Germany had been blessed with a Pearl Harbor it would have won World War II. You know the immense strategic value of false-flag operations and orchestrated war-trigger incidents, which have launched ever major US war since the Mexican War of 1846.  You understand perfectly well that it was false-flag Algerian government terror that destroyed that country’s Islamist movement in the 1990s, false-flag British terror that destroyed the IRA, false-flag US-NATO terror that kept Europe from “going pink” during the Cold War, false-flag apartment bombings that made it possible for Putin to seize power and keep Chechnya under Russian control; and so on. THAT is the esoteric, Straussian meaning of your “defense of terrorism.”

So you understand perfectly well why your bizarre, seemingly treasonous contribution to the “war on terror” is appreciated, and well-remunerated, by the Zionist-imperialist institutions that dominate your society. And you understand just fine why people like me, who pursue truth at any price, are witch-hunted, slandered, and marginalized by those same institutions.

You have accepted a worldview in which your group, a self-styled neocon Zionist-Jewish elite, is doomed to wage all-out war against my groups, Muslims and humanists and others who believe in God and/or the Good. And you are playing your part in that war, by propping up the big lie on which your side’s hopes of victory rest.

If I am wrong about this, please come on my radio show and explain why. (Spontaneous conversation is a better format for gauging an opponent’s sincerity than email exchanges.)  Most Mondays, Wednesdays and Fridays 3 to 4 and/or 4 to 5 pm are open beginning after the first week in December.

Once again, Dr. Viminitz declined to appear on my radio show.  He stated that he didn’t care whether or not 9/11 was an inside job, and doesn’t have much of an opinion one way or the other. He said that some people worry about 9/11, while others worry about global warming, peak oil, or whether to use cloth or plastic diapers, and that while we need people to be concerned about each, it’s ridiculous to insist that everyone should be concerned about every issue. 9/11, he says, “is just not MY thing.”

If the official story is the genocidal big lie we (1.2 billion Muslims plus almost all independent folks who have studied the issue) say, your book(s) and lecture(s) presupposing the truth of the official story are despicable, Goebbels-style crimes against humanity. So you damned well had better study it.  In fact, you should have studied it before you authored those books and lectures.

Dr. Viminitz replied that his only publication on 9/11 is his “Defense of Terrorism” article cited by Joshua Blakeney, and that his argument, that terrorism is justified, could be illustrated by any act of terrorism by an oppressed group, and that therefore, the issue of who really did 9/11 is “philosophically uninteresting.”