Inspired by the French Revolution, William Wordsworth, the Romantic known for celebration of nature and hopeless odes to the Lake District wrote:

Bliss was it in that dawn to be alive,

But to be young was very heaven! Oh, times,

In which the meager, stale, forbidding ways

Of custom, law, and statute took at once

The attraction of a country in romance!

A country in romance indeed. Watching the Egyptians, young and old, men and women, patiently wait in endless, serpentine queues to cast their vote, it’s hard not to get touched by their infectious enthusiasm. Yet this is a country that was far from free only months ago. And to a great extent it’s still far from free. Hosni Mubarak’s comrades in arm are still in charge. Yet something has changed dramatically with the first vote cast this week. Egypt will never be the same again.

Who says the Middle East and democracy do not go together? It’s not perfect of course. Democracy, like revolution, is a work in progress. And now that the Egyptians have started taking baby steps toward that elusive dawn of hope, they will get there. The journey of a thousand miles, as the Chinese argue, begins with one decisive step. And Egypt and Middle East have taken that step. 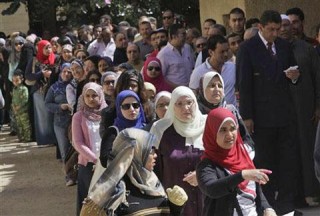 The journey that began with the desperate protest of Mohammed Bouazizi in Tunisia is far from over. There may be some twists and turns, highs and lows, along the way but the journey will go on. All those fears and apprehensions about the revolution being lost and hijacked, articulated last week once again with multitudes returning to the Tahrir Square, have given way to cautious optimism. Cynicism is being replaced with hope about the future. Even those who have been pushing for the exit of the generals and a boycott of the polls held under Mubarak’s old pals are beginning to nurture a fond, if feeble, hope.

And watching the region’s most populous nation undertake the democratic exercise that is being billed as Egypt’s first “free and fair” vote, the rest of the Arab world cannot help but share their optimism and enthusiasm. 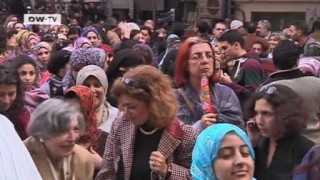 Egypt is showing the way forward once again, as it always has. From the first revolution of the Arab world to Arab nationalist movement, Egypt has always led from the front. Even the model of men in khaki usurping power in the name of people and leeching on to it forever that the region has witnessed all these years was inspired by Egypt where the army has ruled directly or indirectly since 1952. On the other hand, the new wave of Islamic resurgence and consciousness in the last century also began in Egypt with Ikhwanul Muslimoon or the Muslim Brotherhood. The Brotherhood championed the cause of returning to original teachings and spirit of Islam, arguing that the solution to Egypt’s – and the world’s problems – lay in Islam.

Founded in 1928 by Hassan Al-Banna, the movement captured the Arab world’s imagination and spawned similar movement across the wider Islamic world. Although the Brotherhood strictly believes in peaceful, democratic means to pursue its goals and never took up arms, it has been ruthlessly suppressed and its members persecuted, tortured and killed in Egypt and across the region. Thousands of Ikhwan, including its founder Hassan Al-Banna and his successor Sayyid Qutb, were eliminated by the state.

The Brotherhood has remained banned under successive regimes despite the massive popular support it enjoys in all sections of society. Unfortunately, it’s the same story all over the Arab world. Who could forget what happened in Algeria? The generals intervened in 1992 to cheat the Islamic Salvation Front out of power after the massive mandate it won in general elections. More than 100,000 people were killed in the subsequent crackdown on the FIS and civil war. The story was repeated in the Palestinian Territories when the Hamas swept parliamentary elections in 2006. The Palestinians are still paying for that cardinal sin.

All this of course happened with the blessings and cooperation of the freedom-loving and democracy-promoting West. And now the same world powers cannot stomach the fact that the Islamists could end up as the chief beneficiary of the Arab Spring. Well, what’s wrong if the Islamists have emerged top of the heap if this is what the people want? If this is what the democratic majority desires, who are you and I to get all worked up about?

Indeed, we should celebrate the fact that the Spring-cleaning of this ancient land that has witnessed so much tyranny and oppression over the past several decades has cleared the way for real, honest representatives of the people with a sense of accountability to take over.

As Time magazine in its latest issue notes, across the Middle East, parties that see Islam as a reference point and way of life are making great strides, offering a healthy alternative to corrupt, long serving dictators, who have ruled with close Western support. Already, Tunisia and now Morocco have seen the emergence of the Islamists at the helm with the remarkable victory of Ennahda and Justice and Development Party respectively. Again the Islamists who played a critical role in bringing down Qaddafi are set to play king makers or the king himself in the new Libya. 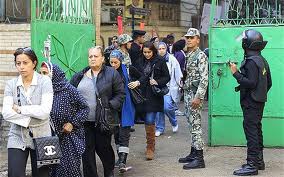 Egypt could cap this onward march of the so-called “political Islam” with a decisive win in this week’s elections. The Freedom and Justice Party, the political wing of the Brotherhood, is already claiming victory with initial results pitting the coalition ahead of others. This is a critical moment in the region’s history. If the Islamists blow this historic opportunity given to them by the long exploited people, history will not forgive them, nor give them another chance. The world is watching and at stake are not merely their democratic credentials but the ideals they claim to champion. They just cannot afford to fail.

Indeed, given the hostility they face in post 9/11 times, the Islamists will have to work hard to win over the confidence of the world community. Turkey could offer invaluable lessons on this front. Prime Minister Erdogan’s Justice and Development Party has demonstrated that Islam and democracy are not mutually exclusive and that faith could be a source of strength, not a stumbling block, on the road to progress and a better world. Moderation and a sense of balance has been the key to Erdogan’s success.

As for our friends in the West, one only hopes they have learned their lessons from recent past. Any attempt to derail the juggernaut of people power, as they have done in the past, could have catastrophic consequences for everyone concerned. This is 2011, not 20th century when former colonial powers could throw their weight around. People who have thrown out their tyrants wouldn’t hesitate in dealing with their patrons. Change has come to the Middle East and no one can reverse it now.

Aijaz Zaka Syed is a widely published opinion editor, he looks at and comments on world affairs from a Middle Eastern and Arab-Muslim perspective. He received the European Union’s prestigious Lorenzo Natali Journalism Prize in 2007 for his writings on the Darfur conflict. Write to him at [email protected] You can follow him at www.twitter.com/aijazzakasyed

Rise People Rise – The Global Revolution is Upon Us!