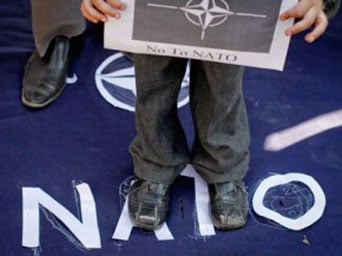 The role of all such conferences used to be deepening and boarding of support for a consensus on a view point so that when it comes to practical implementation stage a whole hearted participation is guaranteed. As we enter into a unipolar world it seems that now such forums are used to take advantage of the weak and get a decision inline with the powerful and not the majority consensus.

Therefore the decisions mostly remain part of declarations of the conference and are seldom transformed into implementation stage resultantly, the countries do not fulfill the pledges agreed by them. At diplomatic level also such decisions are not taken in letter and spirit due to differences in objectives of power centers which are never discussed amongst the members states. The New world order takes us to new height of bluffing when we see the declaration of international Afghanistan Conference in Bonn held on 5 December 2011.The concluding statement says “Today in Bonn, we solemnly declare a strategic consensus on deepening and broadening the partnership between Afghanistan and the International Community founded at the Petersberg ten years ago.  Building on the shared achievements of the past ten years, and recognising that the security and well?being of Afghanistan continue to affect the security of the entire region and beyond, Afghanistan and the International Community strongly commit to this renewed partnership for the Transformation Decade”.

The deepening and broadening could have come through practical steps of international community to support its economy and security through funding for establishing Afghan National Army which has been structured to never operate without foreign support having no air cover of its own along with other problems. Moreover how did the conference achieved broadening through absence of Pakistan the most important neighbor remained a million dollar question. The shared achievements the declaration talks about can be summed up by quoting United Nations Secretary General Ban Ki-moon who warned in Jan 2010 that there is a risk that Afghanistan’s deteriorating situation could become irreversible. His observations appeared in a UN report on Afghanistan where He noted that the country has been rocked by rising violence and political turmoil in recent months. This was further confirmed by a report by an independent body that collects and analyses information on current human rights situations. The reports produced by Landinfo are based on information from both public and non-public sources.

The  SUMMARY of the report issued in June 2011 says that  the security situation in most parts of Afghanistan is deteriorating, with the exception of some of the big cities and parts of the central region. The situation is particularly tense in the southern and south-eastern provinces.  The insurgency has expanded far beyond its traditional strongholds. Parts of the central, western and northern regions experience a significant level of conflict related activity and violence on a more or less regular basis. The number of civilian casualties is rising and a growing number of people experience severe problems caused by deteriorating security and an environment marked by corruption, war economy, drug traffic and crime.  Attempts to combat the fragmented insurgency seem so far not to have contributed to a more stable security situation.

Every participant  including US secretary of state Clinton regretted on 26 Nov NATO Attack. The absence of Pakistan from Bonn conference was felt as Pakistan is the most important neighbor of Afghanistan which can play a role in its stabilization. The logic would have been to make efforts to resolve the issue through quick inquiry and negotiations. However, the group believing in strategy of pressurizing Pakistan through blame game has once again prevailed. The statements of  Karzai implicating Pakistan based Lashkar e Jhangvi in suicidal attack on religious congregation and media giving different colour to conviction of Ghulam Nabi Fai on behest the hostile group will further increase the trust deficit. The LeJ is a localized small group which has always been on hit list of Pakistan’s law enforcers, how can they have the agency backing is again mind boggling. Fai on other hand has been an active promoter of Kashmir cause. He has confessed his linkage with Pakistan as well as Indian government to get inputs for his Kashmir cause.

Other than this the charges are of hiding facts and has no connection with Pakistan but the media is being used to create wedge. The individual interests of Karzai and the group believing in military solution and sustenance through drug money seem coinciding. The situation demands that those who believe in peaceful and long lasting solution of Afghanistan according to the wishes of its people must take the bull by horn before it gets too late. Pakistan is being hit from inside as well as externally. One needs to understand the Kiyani , Gillani stance and the circumstances which have brought them to this stage. Nations have to take difficult decisions in crucial stages of their life but the history tells us that mass conviction and support is the only way to emerge successful.