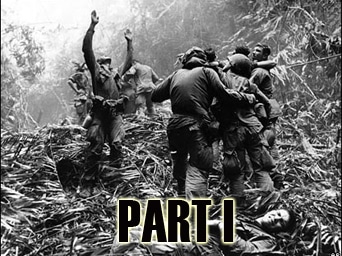 In spite of everything we have been taught about history, the truth is now painfully clear—there has never been “real money” involved.

Since Mercantilist London established International banking, the actual truth of it has been hidden in plain sight. If you believe capitalism somehow derives from deposits of wealth into banks, You, like me and virtually everyone else, were cruelly misinformed.

Capitalism is simply a grand illusion performed on the world by Masonic, Cabalists who created the means of financing otherwise impossible economies of scale out of thin air, and using that Godlike Luciferian power to enslave the world. Never mind all that crap about goldsmiths and receipts. It is all part of the greatest trick the devil ever played.

Coming up, is a synopsis of the events leading up to our modern crusades and the meltdown of the phony finance system that caused it all.

Two books, still available, Empire of the City. By E.C. Knuth and The Rise and fall of the British Empire, by Lawrence James provide all the documentation needed to verify this synopsis of recent history.

The “modern” world of our so-called Western Civilization began at the end of the 17th century with the blossoming of the British Empire. The underpinnings of that empire actually began several hundred years earlier with the establishment of the City of London, which is an 800-year old corporation that controls finance and philosophy for an entity called the Crown. This entity is the creator and controller of “central banking.”

The Crown has never been the monarch or the people of England, since the establishment of the corporate body going back to 1189.

The Crown is the directorate of the corporation. (see Empire of the City by Knuth.)

Western colonization of the Americas, India, South Asia and Africa as widely taught in school history courses, skips over the fact that all the Crown colonies were established on a corporate model with financial ties to the City of London—not the nation of England or Britain. The Dutch used a similar corporate model with their colonies, but France, Spain and Portugal colonized in the name of their monarchs and the church.

The directorate of the Crown, whoever they were had no loyalty to any nation—they were, and are, devoted entirely to their philosophy which seeks absolute power over an Earthly realm known as The World Order.

For the last 300 years (1700 to 2000) the denizens of the Crown brought untold wealth back from the colonies to London—for themselves, not the people. Note: the populations of the United Kingdom and the “commonwealth” received very little wealth even though they provided the tax base and cannon fodder.

The people were invaluable assets of the Crown, but they knew not what they served—and still don’t. No people are more hopelessly enslaved than those who falsely think they are free (Goethe).

To illustrate this separation of power from the populace at the beginning of the industrial age all one need do is picture life in London at the peak of Imperial power. The masterful novels of Charles Dickens describe the reality of the times—impoverished people cheering a military that controlled most of the world for the unimaginably wealthy upper class. (Occupy, anyone!?) The corporate empire cared not one whit for those masses that cheered it along—by Jingo!

A unifying philosophy from Freemasonry allowed these banking and merchant princes to cobble together a world cabal of finance—severing themselves from all national and ethnic loyalties long ago.

The Crown may carefully cultivate those whom they make rich and powerful so long as it serves to conceal their identity and promote the cabal’s Luciferian goals.

For example, when one reads the history of the Rothschilds one can readily see how the game of high finance works on a worldwide basis. Incidentally, the Rothschilds kept control within their family while dominating Europe. They were not an original part of the Crown though they served the high cabal very well. The Rothschilds were allowed to control immense wealth, when the blue bloods of Royal Society Britain adopted the Cabalistic philosophies . The Rothschild family allowed itself to take the public blame for the poverty and misery that high finance brought down on powerless individuals in political cartoons and so forth, so long as the media of the day did not expose the whole truth of money creation and control.

If one wants to know the genuine motives for particular actions in history they are told to “follow the money.” But that is only half of it—one must also follow the philosophy—the religious beliefs of those in control.

For purposes of clarity, let the Crown always refer to a stealthy circle of power brokers who all believe in the Masonic philosophy—the brotherhood of man ruled by philosopher kings (or adepts) in league with Lucifer, the God of Masonry. One need only wade through the cumbersome book by Albert Pike Morals and Dogma to see precisely that this anti-Christian power-philosophy cleverly encompasses virtually all the religious notions ever conjured up by man.

Ordinary members of Masonic lodges, your relatives and mine, are to these adepts and their goals what the people of the United Kingdom and United States are to the directors of the Crown—mere useful fools and ”useless eaters”; masses of asses!

A dissertation on Masonry and history will be forthcoming in another work, but my purpose here is to outline the money-manipulated events that brought us this insanity of present day geopolitics.

There have been many key turning points of history, and historians love to dwell on the personalities of leading people when outlining what happened, which is useful for obscuring facts. However, while the people are surely important, events would have reached our level of insanity even if different individuals were in the roles played by the likes of Napoleon, Bismarck, Marx, Lenin, Lincoln, Washington, Wilson, FDR, et al. Since human nature is unchanging, the key turning points of history are always technical in nature.

To be continued in a column coming soon: The Crown manipulations causing WWI, Pearl Harbor and Secret police.
Stay tuned.