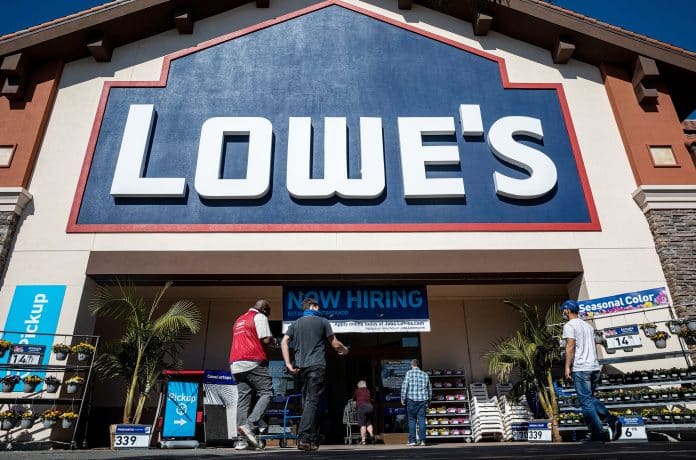 The extremist evangelical political group posing as Christians, The Florida Family Association, has convinced Lowe’s to pull its advertising from the TV show “All-American Muslim”.

Lowe’s, under huge backlash from pro-freedom groups, is sadly standing by its decision to choose the vocal minority extremist wing of the political Christian movement over the values of America that embraces all Americans regardless of their color, creed, or disposition. And of course, we the people, can choose to NOT shop at a store that stands with bigotry and hatred.

With over 1 billion Muslims in the world, the overwhelming majority are moderated; just like most Christians and Jews among other religions. This irrational fear and demonization of Muslims by extremists is dangerous and stinks.  It makes a mockery of faith and tolerance.  It’s unacceptable and FFA and Lowes must be held accountable for their bigotry. 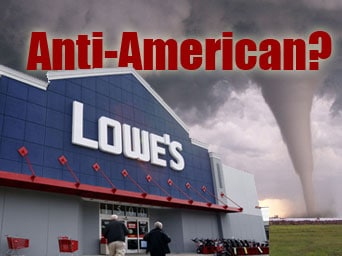 In America, there are people of many faiths, many creeds, and many dispositions and it’s this diversity that makes America stronger, not weaker. It’s a shining example to the rest of the world that we humans can and do live with each other under a system of government that allows for free expression and freedom to believe what you choose.  It is exactly what our founding fathers stood for and fought for…..freedom of religion.

Now, this Director of the Florida Family Association says that Muslims are a threat to America and is encouraging all advertisers to stay away. This extremist in a suit and tie has the right to be an extremist in a free America. However, we have the right to shun him and his flock and out them as bigots and fear-mongers.  They are exactly what they are, a fringe of haters and fear-mongers.

So consider this post just another outing of an extremist dangerous group in America.  And also consider it a call to boycott a corporation that rejects American values. They want us to spend our money in their store but only on their type of customers! Okay, that’s their prerogative. If they only want extremists in their stores, so be it.

Be advised that I am selling my stock and will NEVER visit their store again. Moreover, I am telling all my friends and family about the bigoted Lowe’s and how they stand for an America that is divisive and bigoted. And that’s my prerogative in a free society.

Oh and get this, when checking the Florida Family Association website, they are now blaming Anonymous for taking down its website.

David Caton, executive director of the Florida Family Association, said that a hacker claiming to be from the hacktivist collective Anonymous took down the website Monday night in retaliation for Lowe’s campaign, only leaving up the message that the group was “destroying our free speech,” the St. Petersburg Times reports.

At the time of writing the FFA, the site was just one page that referenced the attack in a message from Caton: “No further proof is needed of the potential for vicious action than [sic] exactly what these folks are trying to do to this web site!”

“In a country that supposedly embraces free speech,” he continues, “those that oppose our position [sic] have no qualms about destroying our free speech. Yet, these same folks claim the Internet should not be restricted in any way. How the two conflicting positions [sic] can be reconciled in their minds is beyond comprehension.”

“Because of our real concern for the terrorism that is a way of life for some folks, we ourselves have become victims. Because we urge others to be vigilant, we become the targets,” Caton says.

As a web guy myself, I know this is BS. If they can put up a page, they can put up a site. This is complete B.S. and they are using this as an opportunity to demonize and tell it’s flock “See We Told You So”. This false flag operation is taken directly from the Zionist pages of hate and war. Nice try guys! You’ve been outed again!

Like me, you might want to consider joining the chorus in the booing section against FFA and Lowe’s that includes Russell Simmons and many others for caving to Islamophobes.

…after Lowe’s issued a backhanded apology that said “individuals and groups have strong political and societal views on this topic” and “we’ve managed to make some people very unhappy.”, they stood by their decision to alienate American values.

And so, Yes Lowes, you did make the majority of us very unhappy. You made the same error that others have made in thinking an extremist group is a majority just because they have a microphone in their hand. Oops! Would you support the Taliban in Afghanistan or the Likud in Israel? Hell, they build homes too. You might want to go and advertise to get them on our customer list too. Hell, they are of the same ilk as these fake Christian extremists.

I mean just because these lunatics yell the loudest does NOT make them the majority of us. They are the sickos in our society, not the tolerant and peaceful majority. Oops! Lowes is now a fringe company! Sell the stock, it’s worthless!