Home Government Obama Takes Money From Americans, Gives it to Israel and Brags About... 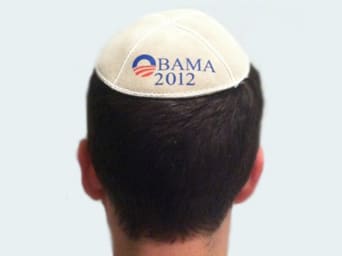 Speaking to a convention of Reform Jews on Friday, Barack Obama bragged openly about talking money from American tax payers and giving it to the terrorist Jewish state of Israel!

“… it is hard to remember a time when the United States has given stronger support to Israel on its security. In fact, I am proud to say that no U.S. administration has done more in support of Israel’s security than ours. None. Don’t let anybody else tell you otherwise. It is a fact. (Applause.)

“I’m proud that even in these difficult times we’ve fought for and secured the most funding for Israel in history. I’m proud that we helped Israel develop a missile defense system that’s already protecting civilians from rocket attacks. (Applause.)”

He openly acknowledges that “even in these difficult times” he has managed to steal cash from Americans and give that stolen cash to Israel! You can tell by the repeated applause that his throng of Jewish supporters couldn’t be happier that Obama is putting Israel’s interest way ahead of America’s interests.

Obama went on to tell his Jewish audience that he would not take American military action against Iran off the table. This shows it does not matter which party is in office, Israel’s interests will come before America’s interest even if that means sacrificing the lives of American Marines, soldiers, sailors and airmen. Nor does the fact that these Israel caused wars are financially bankrupting America. The political whores of both parties believe no price is too high to protect and promote their political careers. The politicians know and fear the power of the Israel lobby and the unnatural power and control of the media organized Jewry enjoys.

It’s enlightening to note the writer of the linked to article, the Jew Gerald Burstyn, is so intent on promoting Israel at the expense of Americans that he is not even satisfied with Obama’s treason against America and her people for Israel’s benefit. He complains that Obama has not done enough and condemns Obama for suggesting that Israel stop building illegal Jewish settlements on Palestinian land and that Israel should start negotiations with the Palestinian people based on the 1967 boarders. I guess Burstyn just isn’t smart enough to realize all of that is just mere talk and Obama does not intend to follow through on any of it as his actions and this speech make painfully clear.

Based on Obama’s words and actions the U.S. military will probably be used again by the politicians, both Democratic and Republican, to remove another enemy of the Jewish state, Iran. Just as the Republican George W. Bush used our airmen and grunts to wipe-out Israel’s threat from Iraq, so Obama, or whichever politician is in the White House, it really doesn’t matter which one as they’re all obedient to Israel, will use and abuse our troops and further bankrupt America to remove the perceived threat from Iran to Israel’s security. Unless there is a revolution in religion as the American founder and Deist Thomas Paine called for in his thought provoking and important book, The Age of Reason, The Complete Edition (for Kindle version click here), Jewish/Israeli  superiority will remain supreme.