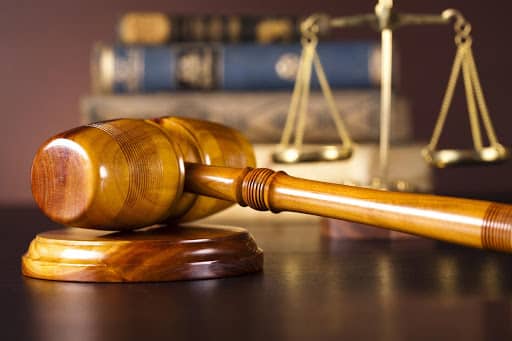 In his classic On Liberty, John Stuart Mill observes: “Wherever the (religious) sentiment of the majority is still genuine and intense, it is found to have abated little of its claim to be obeyed.”*

More than 150 years later, Mill’s dictum holds true. In irreligious Europe, as in the great coastal metropolitan centers of the USA, there is little legal or social pressure to obey religious dictates; whereas in the Islamic world, and parts of the American heartland, where deeply religious majorities exist, religious opinion demands obeisance on important matters.

Is religion, then, an impediment to liberty? Can liberty flower in societies of fervent religiosity? Is the so-called Arab Spring, whose twin banners are Liberty and Islam, doomed to collapse under the burden of a contradiction? 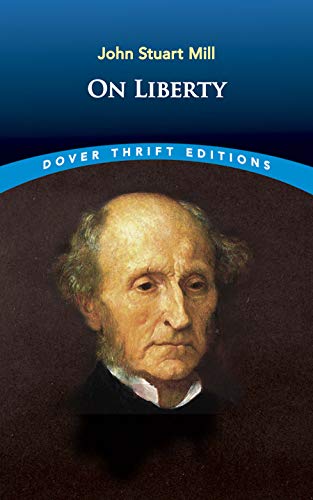 To begin to address this question, we must revisit Mill’s argument. The basic problem that On Liberty addresses is not despotism, but the rise of democracy. Mill correctly points out that under traditional despotisms, the population views the government as a powerful Other if not an outright enemy. The despot is tolerated because his power allows him to occasionally suppress pettier despots, thereby maintaining a modicum of social order and a degree of justice for the many. Under such conditions, custom and practice if not law limit the range of situations into which the government may stick its nose. The result is a fair amount of de facto liberty.

Democracy, according to Mill, threatens to actually reduce liberty. Why? Because once the people feel the government is an expression of their own will, rather than the will of some distant despot, they are tempted to use it to enforce their own preferences and opinions on other people, whose liberty is thereby violated. One cannot imagine a traditional despot of yore, for example, ordering an ordinary citizen to mow his or her lawn to a certain length. Yet in today’s USA, stories of the judicial enforcement of “law and order” abound. Indeed, American zoning codes probably restrict people’s freedom to do what they like with their property far more than any king, nobleman, emperor, caliph, or other potentates ever did in the pre-Enlightenment era.

Keeping this in mind, we see that the central contradiction of the Arab Spring is not “Islam vs. liberty” or “Islam vs. democracy,” but rather the same dilemma Mill addressed: democracy versus liberty. This dilemma, however, is not widely recognized. The people of the Middle East, like people everywhere, have been conditioned by the propaganda apparatus of modernity to imagine that liberty and democracy are the same thing, or at least that they go together.

Muhammad Bouazizi, the Tunisian street vendor whose self-immolation set off the chain of Arab revolutionary dominoes, was not frustrated simply by the fact that he lived under a dictatorship. He was frustrated that the government bureaucracy made it difficult for him, through permit requirements, red tape, and harassment, to sell his wares freely on the street. But if Arab street vendors imagine that American-style democracy will solve that problem – well, I invite them to come to try and make a living selling things on the streets of Madison, Wisconsin. The traditional Islamic concept of the “free and open market” – nobody “owns” retail real estate, and anybody is free to show up and sell anything anywhere, first-come-first-served – represents a kind of extreme liberty that contrasts sharply with the tyranny of the propertied classes, and their brainwashed “majority,” that reigns under so-called American democracy. Indeed, traditional Islamic markets are paradises of freedom compared to the muzak-infested air-conditioned inferno of most of the American retail sector.

Sartre’s line “l’enfer, c’est les autres” (hell is other people) sums up the root of the problem: It is other people who encroach on our liberty, other people who are the bars of our cage. Empowering “the people” through democracy just puts more bars on the cage, and makes those bars that much more unbreakable, absent a socially-agreed-upon insistence on some modicum of liberty. Mill’s polemic for liberty is a necessary response to the tyranny of democracy.

It might also be a necessary response to the kinds of tyrannies that have governed the Middle East since the fall of the Ottomans. These tyrannies are basically European colonial bureaucracies on steroids, made even more monstrous by unchecked despotism. The government’s intrusion into every nook and corner of life, which developed in relatively democratic Euro-America and frightened John Stuart Mill, became as monstrous under neo-colonialism as it did under communism and fascism. Take Ben Ali’s Tunisia – please!

So how does Islam fit into this picture? Traditionally, Islam restricted and guided the behavior of both rulers and ruled. The ruler was expected to uphold God’s law, behave justly and generously, and seek counsel from the people (or at least the wisest among them). The ruled were also supposed to follow God’s law as best they could: Pray five times a day, fast during Ramadan, give alms and pay the annual tax on wealth AND income, attend Friday services, conduct business with complete honesty and integrity…and (preferably) free slaves, donate surplus wealth to charity, pious endowments and interest-free loans, and so on.

When both rulers and ruled followed Islamic precepts, harmony reigned. People who ritually face and submit to God five times a day are less likely to behave badly than people who don’t; and this tenet, and others like it, holds for rulers as well as ruled.

But what about liberty? Under the traditional Islamic system, liberty was both limited and enabled by Islam. It was limited in that serious violations of Islamic law were viewed as threats to the social order, and therefore largely suppressed from the public sphere. (What happened in private, of course, was between the individual and God.)

While restricted by shariah, liberty was in other ways enabled, in that the tyranny of both the ruler AND the people was limited by Islamic precept. Tyrants could not act arbitrarily, because Islamic law set boundaries on the scope of their actions. And ordinary people, those lesser tyrants, were likewise restricted in their encroachments on the liberty of their fellows. Property owners, for example, could not eliminate the free and open Islamic market; slave-owners could not abuse their slaves in certain ways, such as forcing them into prostitution; businessmen could not establish monopolies; would-be usurers could not charge interest; and so on. (Ones “freedom of contract” to be victimized by usury is more than negated by the debt slavery that results.)

The overall result, in many cases at least, was an impressive flowering of relative liberty and equality. With no corporations to limit individual risk, no lending at interest to guarantee bankers’ tyranny over the market, and indeed no “wealth insurance” of any kind – alongside a sort of “Islamic potlatch ethic” against piling up wealth – social mobility in the Early and Middle Periods of Islam may have been the highest ever experienced anywhere.**

Any slave could realistically hope to be freed, and any poor person could come to sell in the free and open market or set off on trading voyages, and realistically hope to grow rich (and then be obliged to give away most of his wealth or be reviled as a hoarder); while those who did strike it rich had moderately poor prospects for retaining their wealth for very long, given the vagaries of the free market as well as the aforementioned potlatch ethic and absence of wealth insurance. Slaves regularly became wealthy potentates, while wealthy potentates regularly were reduced to impoverishment or even enslavement. (If you don’t believe me, check out the history of the Mameluke slave dynasty.)

Whether you see Islamic societies, whether of the past or future, as “high-liberty” or “low liberty” societies depends on which kind of liberties you emphasize. Any Islamic society, excluding imaginary utopian ones, must necessarily lack the absolute religious liberty that has been the hallmark of the post-Enlightenment West. Those who truly believe that all religions are equal obviously care little or nothing for religion; they also may be deficient in their ability to discriminate (in the word’s positive sense). Anyone who equates the Catholicism of Mother Theresa, the Protestantism of David Ray Griffin, or the Islam of Bediuzzaman Said Nursi with, say, the Satanism of Anton Szandor LaVey, giving all of these “religions” the same rights and the same value, is obviously suffering from an inability to make crucial distinctions.

Granted that religious minorities would lose legal equality***, it seems to me that whatever liberties would be lost under Islam would be more than made up for by other, more important liberties gained. Our rights to be sexually profligate, sire children out of wedlock, abort millions of unborn children, vaunt our proclivities for unnatural acts, spread venereal diseases, dress provocatively in public, profess Satanism, hoard extreme wealth, monopolize market space, form corporations to absolve ourselves of responsibility, subject ourselves to alcohol poisoning in public places, charge interest on loans, blaspheme established religions, advertise our wares deceptively, and so on might be restricted.

But in return, we would have much more freedom to buy and sell as responsible individuals in the open market, live in a public sphere unpolluted by excesses of crime and vice, and still do pretty much what we want in private.

Today’s West is saturated by images of lust, violence, greed, inebriation, and other provocations – images that ought to be arrested for disturbing the spiritual peace and removed from the public sphere. (John Stuart Mill, who argued that the only valid reason to restrict an individual’s liberty was to defend others against harm, might approve, or at least defer judgment of, Muslims’ attempts to protect themselves, their religion, their societies and their values from the harms inflicted by Western neo-colonialism, by restricting certain “liberties” in their lands.)

In the end, the real question is not “will the Arab Spring bring freedom and democracy, or will it bring Islamism?” Instead, it is: Will the people of the Middle East restore Islam, and the liberty to spiritually flourish, to their societies? Or will they follow the West into the abyss of materialist pseudo-liberty – whose final destination is a hellhole of Orwellian absolute slavery?

*** The real test of Islamic rule is: Will sensible, just people from the religious minorities welcome it? If not, then it probably isn’t being applied properly.