Home Veterans 2011 : The year that changed the world 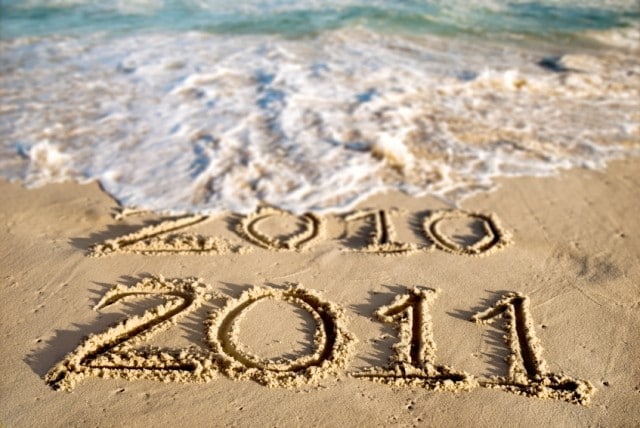 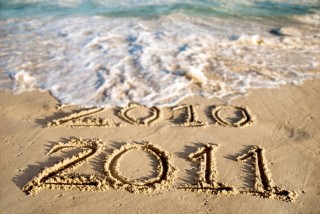 The eventful 2011 did not just change contours of Middle East, it leaves behind a world transformed

The world is supposed to end in 2012, if we are to go by the ancient Mayan calendar. Hollywood’s Doomsday pundits and some Christian groups in the US seem to agree that we are truly living in the end times. Hallelujah! Of course, how 2012 would eventually end would become starkly clear by year end Insha Allah.

For most people in the Middle East, it’s 2011 that changed the world. What an extraordinary, truly game-changing year it has been! Who would have imagined this time last year that hope would break out of the darkness of a dying year? Who could have known that a faceless fruit seller would spark a series of revolutions when he put a match to himself in utter despair?

A new Tunisia and a new Middle East rose from the ashes of hope that died young. The ostensibly invincible empires of tyranny collapsed like a house of cards within weeks. It’s still hard to believe three are already down with more on the way. By the time the Arab Spring comes to a close, we may have a region transformed beyond recognition.

What is most exhilarating about this season of change is the fact that it’s inspiring and has already spawned similar movements across the world, from America to Australia. Which is remarkable for a region long derided as a black hole for freedom, democracy and civil liberties.

For too long the Arabs have been stereotyped as the folks who have a natural propensity to tolerate tyranny and are incapable of embracing Western ideas of progress, liberty and empowerment.

No wonder the self anointed champions of democracy and freedom have had to join hands with men like Mubarak, Ben Ali and Qaddafi to govern the ungovernable natives.

This is why it’s so gratifying to see the Americans march on to the Wall Street and “occupy” New York and Washington while unprecedented protests against the unfair and disastrous economic policies across Europe set the continent on fire. It’s not the same thing, you would say. But like the people of the Middle East, Americans and Europeans are also fighting tyranny and corruption — tyranny of the economic elite and fattening up of the two percent at the expense of the rest. 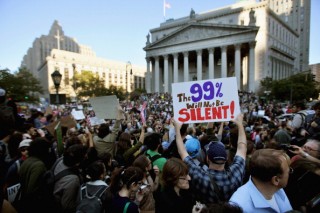 While millions of jobless and starving people in the world’s richest country are out on the streets demanding their due, their government spends trillions of dollars on absurd, vainglorious wars and to bail out the corrupt and criminal of the Wall Street. Things are so bad that for the first time in its history America is witnessing a brain drain. Today, more US citizens than ever before — as many as 6.4 million, according to the latest Gallup study — are living outside the country. Why some of them are going down to study and work in India!

Things are little different across the pond. The Year 2011 has proved equally eventful for Europe. Until last year the continent was the ultimate model of benign Western capitalism. Euro was almost as much valued and in demand as getting a toehold in the European Union.

Today, one formidable EU economy after another is unraveling, clouding the very future of the elite club as people take to streets against the long decades of exploitation and abuse. Even Putin’s impregnable fortress stands breached. And it is not just the West; the scent of the Jasmine revolution has reached South Asia too with both India and Pakistan going through a great churning.

In both India and Pakistan, as in the Middle East and West, it’s not conventional politicians and opinion leaders but ordinary people who are leading the movements for change.

As much as I admire and adore Imran Khan, it’s not the cricket legend who has generated the groundswell sweeping Pakistan today. The craving for change of ordinary Pakistanis has created this momentum.

Khan, who has captured the imagination of the nation and is attracting hundreds of thousands to his rallies from Lahore to Karachi, is a creation of the circumstances that have made Pakistan such an unhappy place for its people today. Battered and abused by its “allies and friends” and plundered by its elites, the land of the pure has once again managed to end up with the lowest of the low at the very top. They sign away the nation’s sovereignty and dignity to foreign masters all in the name of democracy and “making a nation.”

When the loud calls demanding change were rocking the Tahrir Square and much of the Arab world, many of my Pakistani friends wondered when and if their own spring would arrive. Well, Pakistan is almost ready for the long due spring cleaning. And so is India.

Again, the crusade against corruption roiling the great democracy isn’t entirely a creation of Anna Hazare and his team.

Popular anger and frustration, simmering over the years, had reached a boiling point long before the septuagenarian activist arrived on the scene.

The public outrage over the all-pervasive corruption with one scam after another billion rupee scam blowing up in the government’s face was palpable to even distant observers like us while the honest and incorruptible Singh slept on the wheel.

It’s as though the government was driven by a death wish, choosing to do nothing even after senior ministers like Kalmadi and Raja were caught with their hands in the till.

Indeed, even after the media went to town with the grisly details of the royal ride India had been taken for by Kalmadi in the name of the Commonwealth Games, it was business as usual. He remained part of the Cabinet and still headed the CWG organizing committee. Ditto Raja who has to his credit the Rs. 1.76-trillion telecom scam, said to be the biggest in history. They were sent to prison much later only after a relentless media campaign made it impossible to protect them.

All this was too much to swallow even for a stoical people long accustomed to abuse in all walks of life. Hazare, the rebel forever looking for a cause, stepped forward to tap into this reservoir of cold fury reproducing India’s own Tahrir Square in New Delhi.

Hazare’s my-way-or-the-high-way approach and his audacity to dictate to the government and Parliament is of course breathtaking. He has also managed to turn the nation’s yearning for change into an anti-Congress crusade, often targeting Sonia and Rahul Gandhi. No wonder the Congress sees him as a BJP-RSS conspiracy.

Yet if India has decided to take on corruption today, notwithstanding the Lokpal fiasco in Parliament on Thursday with all parties trying their best to derail the legislation, some credit goes to a very obstinate old man — and perhaps also to the westerly winds of change blowing from across Arabia. And it’s not end of the world. Hope lives on and the Year 2012 promises to be anything but dull.

– Aijaz Zaka Syed is a widely published opinion editor. He is based in the Gulf and comments on world affairs from a Middle Eastern and Arab-Muslim perspective. He received the European Union’s prestigious Lorenzo Natali Journalism Prize in 2007 for his writings on the Darfur conflict. Write to him at: [email protected]

Ken O’Keefe’s video (with Anthony Lawson’s added opening voiceover) pays tribute to the revolutionaries of Tunisia, Egypt, along with the global revolutionaries yet to be identified. “Governments should fear their people!”