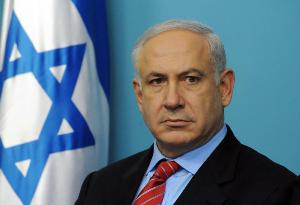 Back in August of 2009 Israeli Prime Minister Netanyahu made a statement which reveals Israel’s true intentions for where they want their borders. And it will mean many more years of war, suffering and bloodshed for the region, and for America, which finances and fights Israel’s wars, it means many more dead and wounded troops and more unnecessary spending of American tax dollars.

Netanyahu said, “[Jerusalem] is not a settlement. It is the sovereign capital of the State of Israel. We have been building in Jerusalem for 3,000 years.”

This indicates Israelis believe their boarders should be the same as the ancient borders of Israel as described in their “holy” book the Hebrew Bible/Old Testament. (It doesn’t matter if today’s Jews are or are not really the ancient Jews of the Bible since they are de facto the same.)

To get an idea of Israel’s intended future occupations that go way beyond Jerusalem and the West Bank, we need to know what the Hebrew Bible/Old Testament claims were Israel’s borders. The Zionist/Christian Pat Robertson laid it out for us in an article called The Land of Israel: A Gift

From God. He writes in this article,

“I want to show you the extent of the land, because Solomon, the son of David who was living in 950 B.C. (that’s a long time ago), this was his territory. You go all the way up north to the Euphrates River which encompasses the better part of modern-day Syria. Solomon’s empire went up to the Euphrates River.

“And Tyre and Sidon and Megiddo. And they had the Via Maris which went from Damascus all the way down to Cairo. It went as far as the area down in Gaza. Just south of that there is a creek called the River of Egypt. Not the Nile. The Nile is further away. This is what they got and it came all the way down and there is Kadesh Barnea and the entrance to the Gulf of Aqaba. And it went up the Jordon River. This was the territory that God gave to Joshua.”

By Pat’s description we can plainly see that as Israel continues its illegal aggression into these new areas including Iraq, Syria, Jordan and Egypt, people and nations will resist their expansion and wars will follow. Since U.S. career politicians have entwined the U.S. so closely with the Jewish aggressor state, Israel’s wars are America’s wars. Obama even went so far as to write to the chairman of Presidents of Major Jewish Organizations, Alan Solow, “”All sides should understand that our commitment to Israel is unshakeable and that no wedge will be driven between us.” Obama and the traitors in Congress, with the exception of Ron Paul (that’s a major reason the kosher system won’t let him win), all believe in Israel, right or wrong!

The security and expansion of the Jewish state is key to the neoconservative movement. That is why they started the war in Iraq and will probably start a war for Israel’s benefit in Iran. The father of the neoconservative movement, the Jew Leo Strauss, wrote many articles and gave many speeches in which he revealed his desire to have a world based on the Hebrew Bible/Old Testament. In the forward to the very revealing and important book which is a collection of Strauss’ writings, Jewish Philosophy and the Crisis of Modernity, Kenneth Hart Green writes, “Strauss learned from Maimonides that religion is essential to any healthy political society, and certainly for the moral life of human beings. Over and above this, Maimonides convinced Strauss that Jewish religion, based on the Hebrew Bible, is most essential to ground a ‘genuine’ morality for almost every human being.”

Of course living in a society based on the Hebrew Bible/Old Testament would require Jews being supreme while the Gentiles serve them. To realize the extent to which the Hebrew Bible/Old Testament teaches they should reign supreme all we need to do is to take a look at Leviticus 25:44-46 which says that God said to the Hebrews/Jews, “Both thy bondmen, and thy bondmaids, which thou shalt have, shall be of the heathen that are round about you; of them shall ye buy bondmen and bondmaids. Moreover of the children of the strangers that do sojourn among you, of them shall ye buy, and of their families that are with you, which they begat in your land: and they shall be your possession. And ye shall take them as an inheritance for your children after you, to inherit them for a possession; they shall be your bondmen for ever: but over your brethren the children of Israel, ye shall not rule one over another with rigour.” In other words, the “chosen ones” can keep Gentiles and our children as slaves and pass us down to their children as an inheritance! I don’t know why Pat Robertson, John Hagee and other Gentiles don’t address this disgusting Bible teaching.  And believing God would say such things is a slap in the face to God. As Thomas Paine asked in his important thought provoking book on God, Deism, the Bible, etc., The Age of Reason, The Complete Edition (for Kindle version click here), “Is it because ye are sunk in the cruelty of superstition, or feel no interest in the honor of your Creator, that ye listen to the horrid tales of the Bible, or hear them with callous indifference?”