Home Veterans Behind the Deepening Crisis with Iran 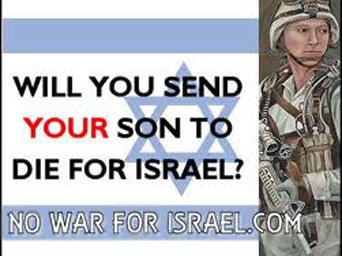 Recently, President Obama imposed new sanctions on Iran which according to reports have been very effective, causing a sudden major devaluation of Iran’s currency.

The Iranians correctly understand that they are under attack, and have threatened to respond by closing the strait of Hormuz, through which a large percentage of oil from the Mideast flows to the global economy.

If the crisis deepens and Iran makes good on its threat to close Hormuz, there is little doubt that the US will intervene to reopen the strait.

This will lead to a shooting war for which Iran will be blamed, even though the recent US sanctions were tantamount to overt aggression.

Ed Note: George Galloway vs. the warmonger parrot who is no different to the current crop of warmongering US Republican Presidential contenders:

I believe the US will exploit the situation to attack Iran’s nuclear facilities. But, even more importantly, the US will target Iran’s conventional missiles. Indeed, I believe this is the real reason for US sanctions in the first place, and for the buildup of tensions in recent days.

Despite public perceptions, and all the rhetoric about nukes, the present crisis has nothing to do with Iran’s alleged nuclear weapons program. In my opinion, that is just a cover story.

The real issue is the fact that Iran has upgraded its medium range conventionally-armed missiles with GPS technology, making its missiles much more accurate.

This means Iran can now target Israel’s own nuclear, bio and chemical weapons stockpiles, located inside Israel, as well as the Dimona nuclear reactor.

In short, Iran has achieved a conventional deterrent to Israel. Therefore, statements by Iranian officials that Iran has no nuclear weapons program are in my view probably correct. Presently, Iran does not need nukes to deter Israel. It can do so with its GPS-guided medium range missiles.

The Israelis are no doubt gnashing their teeth over this, because they now find themselves threatened by their own WMD stockpiles, and by their own nuclear reactors, especially Dimona, all of which have become targets.

A few direct hits by Iran could cause a toxic plume, killing thousands of Israelis. A worst case might signal the end of the Jewish state. 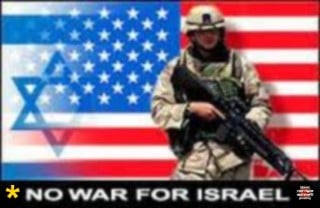 It is important to realize that Iran would never launch a pre-emptive strike on Israel because the Iranians know that the US/Israeli response would be devastating. However, if Iran comes under attack first, all bets are off. Iran will defend itself.

A counter attack on Israel cannot be ruled out because Iranian leaders understand clearly (even if the American people do not) that the crisis has been manufactured, on Israel’s behalf.

From the Israeli standpoint, the present Iranian deterrent (though conventional) is simply unacceptable.

Israel’s military strategists have always insisted on total freedom of movement. This is why Israel refused a US offer many years ago to sign a defense pact with the US. Such a treaty would have limited Israel’s freedom of movement, and this was unacceptable.

Israel’s leaders preferred to remain independent. Israel has always insisted on the “freedom” to intimidate its neighbors, whenever and howsoever it chooses. Iran’s conventional missiles now curtail that “freedom.”

Israeli officials probably worry, for example, that Iran’s conventional missiles would limit its freedom to attack Hezbollah in Lebanon, in a future conflict. Hezbollah is closely allied with Tehran. 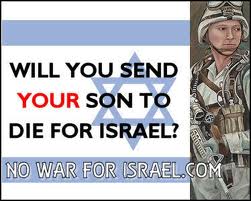 The US will be doing Israel’s bidding. The Zionist tail will be wagging the servile US dog. Obviously, you can’t generate public support for such a bombing campaign, on Israel’s behalf.

Hence the cover story about nukes and the alleged Iranian threat to wipe Israel off the map, all of which is untrue but very effective propaganda nonetheless.

The problem for the US is that depriving Iran of its conventional deterrent will not be easy to accomplish. Indeed, it will be even more difficult than taking out all of Iran’s nuclear facilities.

Iran’s conventional missiles are probably dispersed widely. If they come under attack, the purpose of the air campaign will be transparently obvious to the Iranian leadership. Faced with the prospect of losing their deterrent, the Mullahs may well decide to fire their conventional missiles.

If they do and manage some direct hits on Israel’s nuclear-bio-and chemical weapons stockpiles, the ensuing disaster will prompt an Israeli response.

Israel may even resort to the Samson Option, and attack Iran with nukes. Words cannot describe the horrific scale of such an outcome. Unfortunately, it is all too possible.

Early in the war, US naval forces in the Gulf will also come under attack. No mistake, Iran has enough anti-ship cruise missiles to pose a grave threat to the US naval presence in the Gulf. Thousands of US sailors are now in harm’s way, and at risk.

We must rally to prevent such a war. Peace activists must now marshal every asset for peace that we possess. The American people need to know the truth. This is a phony crisis. Yet the danger is very real. Now is the time to speak out with all of our strength. Tomorrow could come too late.

Mark H. Gaffney is an environmentalist, peace activist, researcher, and the author of The First Tree of the Day; Gnostic Secrets of the Naassenes and Dimona, the Third Temple? His articles and essays have appeared in numerous journals, magazines, and newspapers. He lives in Chiloquin, Oregon.

Star Tribune (Minneapolis, MN) July 18, 2004 | Nelson, Rick Byline: Rick Nelson; Staff Writer When Bob and Joey Cramer bought a 10-acre hobby farm near Rockford in 1999, they intended to cultivate hay to feed their horses, and nothing else. But when the Cramers’ two daughters went to work at organic farms in Pennsylvania and Colorado, their enthusiasm inspired the parents to get into the act.

After mulling over specific crops (a helpful guide was Eliot Coleman’s “The New Organic Grower”) and exploring various selling strategies, the Cramers decided to get their feet wet with farmers markets. In the future they may branch out to restaurants and wholesalers. Midway through their first growing season, the family’s half-acre garden explodes with a wide variety of fast-growing salad greens: Radicchio, arugula, tatsoi, spinach and seven different lettuces. They grow edible flowers and a number of herbs, too.

“We needed a ticket into the farmers markets,” said Bob Cramer. “We had some good luck with lettuces last year, and the markets were looking for people with early crops.” As the summer progresses, the farm will yield peppers, tomatoes, okra, eggplant, cucumbers and squash. The Cramers are farming in accordance with organic practices and hope to attain certification by the end of the year.

“Being organic opens doors for you,” said Bob. “It gives you much more visibility at the farmers market. And the sustainable practices they promote make us better farmers.” All three Cramer offspring – Katie, Kelly and Rob – lend their expertise to their parents’ foray into commercial agriculture. Bob, a computer software contractor, does not have a farming background (“This is my weekend warrior effort,” he said). But Joey does, having grown up on a traditional family farm near Renville, Minn. here maple grove community center

“She’s the one with the hard-working farm ethic,” said Bob with a laugh. “I’m the one being pulled along. I enjoy the planning, the research. Unlike my wife and daughter, I’m a little more reluctant to get out and weed, but I put my dues in.” Although the Cramer Organics stand is a market newcomer, Rockford’s latest farm family has already made a favorable impression with shoppers.

“Even after just our second time at the farmers market, we found that we already had a loyal following,” said Bob. “You think you’re growing just average stuff, but then people say, `This is so much better than what we find in the supermarket.’ That really makes you feel good.” About radicchio: This mauve-leafed member of the chicory family – which also includes escarole, endive and frisee – is a good source of vitamins A and C. Although its crisp, bitter leaves are a welcome addition to green salads, radicchio (cichorium intybus) also can be braised, roasted and grilled. Choose plants that are firm with a white core. Like other salad greens, refrigerate unwashed radicchio in a plastic bag for up to five days.

Rick Nelson is at [email protected]

Pasta with Radicchio, White Beans and Rosemary X Serves 4 to 6.

Note: Because the radicchio turns brown, you may want to add a little chopped parsley to the dish just before serving. From “Local Flavors” by Deborah Madison (Broadway Books, $39.95).

Heat a pot of water for pasta. Meanwhile, in a wide skillet, heat 2 tablespoons olive oil over high heat. Add onion and saute until lightly browned around the edges, about 5 minutes. Add garlic, half of rosemary and radicchio and season with 1 teaspoon salt. Saute until radicchio is limp, then add beans and 1 cup of their cooking liquid. Bring to a boil, then lower heat to a simmer, adding liquid as needed so a little liquid remains at end of cooking. web site maple grove community center

Add pasta to boiling water, season with salt to taste and cook until al dente. When done, drain and add pasta immediately to skillet. Add remaining rosemary and season well with pepper. Toss everything together, then divide among pasta bowls. Drizzle remaining olive oil over each serving, add another twist of pepper and lightly grate cheese over all.

X – Recipe has been tested The series Staff writer Rick Nelson has been highlighting farmers market findings since the start of the growing season. In case you missed them: