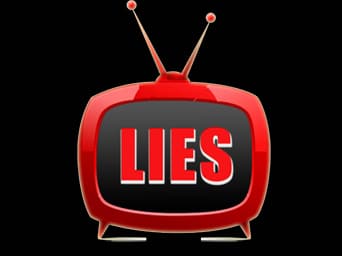 Media whores dance together to inflate the great 0sama/Obama lie, Americans are dumbest subjects/slaves ever.

I just watched a CNN news blurb that talked up another “new” book by some alleged Seal team Insider taking some strawman issue with the White House over the great snowjob assault that killed a dead man for public relations purposes.

And I just read an Internet blurb with Congressional liar (redundant) Peter King supposedly demanding to know if somebody in the Pentagon “violated security” by “leaking details” about the great phantom death raid to some movie makers. Source—Huffington post, which is truly whoring journalism.

I don’t need the resources attributed to Duff and VT to put this together, but the unwashed, golfing broker-obsessed, white republican biddies and duffers appear to buy the garbage as truth, just ask their Gods of the radio waves, Limbaugh, Hannity, O’Reilly, Boortz, Levin and Laura. They bought it with a straight face.

I hate to be racist, but the blacks from the mean streets are much brighter and aware of the cascading bullshit, than are the upper-middle whites, that are getting clobbered by their moneyed “brothers” as they sink economically and morally.

Like reverse psychology, this media trick creates “new news” that reinforces an old Lie; are we this dumb?

Obama, the change artist, got a huge PR boost for the fake/phony “raid at Abottabad” and the slick public relations crowd, using every Talmudic trick allowed against stupid goyim, are keeping the “thought” or seeds of the big lie alive; while continuing to squelch truth about 9-11, even though millions are up on the truth; wow, what a great trick!

I guess we at VT can talk about it in the yards at the upcoming FEMA camps shortly.

Everytime I read some Internet piece about the “hijackers” I cringe, just like I do with these phony “alerts” about Osama’s last stand.

Additionally, those Arabian patsies continue to earn brownie points for the 9-11 lie in Patsydom, while the real bombers enjoy television appearances in Tel Aviv, which our “media” will never report.

Since God helps those who help themselves, we can rest assured that (evangelical oxymorons notwithstanding) God will not reach into the bag to give us a hand.

This video has gone viral; my sentiments exactly: