Home Government The Media Consensus On Israel Is Collapsing 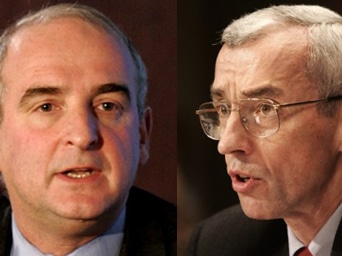 Across the political spectrum, once-taboo criticism is now common

With Hamas and Fatah meeting this week in Cairo, reconciliation between the rival Palestinian political parties is likely only a matter of time. Official U.S. policy holds that Hamas is only a terrorist entity, and any agreement between the two factions jeopardizes continued U.S. aid.  There is reason to believe, however, that more flexible, productive positions will be expressed in the U.S. media. Slowly but unmistakably, space is opening up among the commentariat for new, critical ideas about Israel and its relationship to the United States.

Freedom of this sort was visible in the pages of the New York Times last week. Thomas Friedman, the paper’s foreign affairs columnist, wrote that American leaders were betraying the country by outsourcing their foreign policy to Israel. A standing ovation given to the Israeli prime minister by the U.S. Congress this year was “bought and paid for by the Israel lobby,” he wrote. Phrased bluntly as it was, Friedman’s sentence was startling. As the quintessential establishment columnist, Bill Clinton’s favorite pundit and a thrice Pulitzer Prize-winner, Friedman is often seen in the U.S. as authoritative on the Middle East and rivaled only perhaps by the Atlantic’s Jeffrey Goldberg in the influence of his writing on popular discussion.

Not surprisingly, Friedman’s piece elicited furor from those policing the conversation about Israel. The Israeli ambassador, American Jewish Committee, Jerusalem Post and even members of Congress gang-swarmed Friedman, accusing him of anti-Semitism and hatred of Israel. It was not the first time in recent months Friedman has been critical of Israel policy. In September, he wrote of the Obama government that the “powerful pro-Israel lobby in an election season can force the administration to defend Israel at the U.N., even when it knows Israel is pursuing policies not in its own interest or America’s.” A more damning critique of Israel and the lobby would be difficult to make.

Even so, Friedman is not the only Times-man to let go the pro-Netanyahu line. Columnist Roger Cohen is even more critical of Israel than is Friedman, and like Friedman he is notable for being a liberal supporter of the Iraq War — not exactly a radical, in other words. Cohen now regularly writes about Israel’s “illiberalism,” says U.S. foreign policy has been “Likudnized,” and calls opposing Israeli oppression of the Palestinians the most important task currently facing diaspora Jews.

Cohen believes the new conversations he has contributed to represent “changes going on in the U.S. Jewish community,” he said in a phone interview. “Jewish identity in postwar America was built very much on the Holocaust and support for Israel, and for younger American Jews that may have less resonance. There may be a rethinking of that form of attachment to Israel.”

J Street, the organization devoted to lobbying for Israel from a liberal perspective, is both reflective of, and a stimulant to, a more balanced conversation about the Israeli-Palestinian conflict, Cohen says. If he is right, J Street is performing its job well. Public discussion about the Mideast conflict is still nowhere near evenhanded in the United States, but it is more so than it used to be.

Three academics, Tony Judt, Stephen Walt and John Mearsheimer, deserve a lot of credit for expanding the permissible. Whatever one thinks of their analyses or prescriptions, they endured opprobrium and ostracism, to state the obvious: The unconditional U.S.-Israeli relationship is good for neither the U.S. nor Israel. Walt has an important perch at Foreign Policy’s website, which he uses to regularly espouse his once-radical views on Israel.

Criticism of the special relationship, once rare, is now frequent. Newsweek/Daily Beast’s Andrew Sullivan  has become a regular source of attacks on the unqualified U.S. support for Israeli policy. Time magazine’s Joe Klein has been similarly outspoken. “If you don’t think that the Israel Lobby has an enormous influence on the Congress, you’re deluding yourself,” he wrote recently.

Peter Beinart, also of Newsweek/Daily Beast, inspired headlines with his critique of the “Failure of the American Jewish Establishment.” He has a forthcoming book sure to get a lot of attention called “The Crisis of Zionism.” Former New York Observer writer Philip Weiss has created a one-stop shop for critics of Israel and U.S. policy. And, of course, Salon’s own Glenn Greenwald regularly questions the bipartisan consensus on Israel.

As one would expect, these developments are causing a great deal of consternation from those determined that views favorable to the Palestinians never get a hearing. In 2006, the American Jewish Committee released its infamous report accusing these new critics of Israel of being simply anti-Semitic. Last year, Lee Smith of Tablet magazine made the odd charge that publications like the Atlantic and Salon encourage Jew-hating writers in the hopes of increasing page views. Weekly Standard editor Bill Kristol has lamented that charging Israel’s critics with “anti-Semitism” doesn’t effectively silence them any longer. And this week Iran-Contra convict Elliott Abrams criticized Friedman and Klein because they exemplify the mainstreaming of Walt and Mearsheimer’s ideas.

But it isn’t only pundits and academics. Diplomats and the people who would be on the center-right of American politics (if such a thing still existed) have been vocal about their alienation from U.S. discussion of Israel. Bruce Riedel of the Brookings Institution, an advisor to three presidents on Middle East and South Asian issues, told me in an email that “Fear of angering extreme evangelicals and the old lobby still inhibit real debate about Israel in American politics.”

Paul Pillar, former CIA bigwig, has become a stark critic of Israel for the National Interest. He has defended the comparison of Israel’s occupation policies with apartheid South Africa, and says that he agrees with all of Walt and Mearsheimer’s analysis, including the most incendiary charge — that the Israel lobby was instrumental in pushing the U.S. to invade Iraq.

Lawrence Wilkerson, former chief of staff for Colin Powell, has been similarly outspoken about the power of what he calls “the Jewish lobby.” Jack Matlock, Ronald Reagan’s ambassador to the Soviet Union, has written that by far the greatest threat to Israel’s security and well-being is the policies of its own government. And in 2009 longtime diplomat Chas Freeman blasted the Israel lobby for successfully ending his nomination to be chairman of the National Intelligence Council.

For all the discussion-widening in the chattering classes, official U.S. foreign policy has changed little, if at all. Obama has overseen unprecedented military deals between Israel and the United States, and all but abandoned the Palestinians in the international diplomatic arena. Newt Gingrich’s historically discredited claim that the Palestinians are an “invented people” shows that American politicians still take some of the most extreme positions in the Israeli polity as gospel.

Still, at the outset of his term Obama made the biggest rhetorical push against Israeli settlement policy that any U.S. president ever has, only to back down in the face of Israeli objections. The resulting animosity between Netanyahu and the administration is no secret. Democratic rank-and-file voters are also less supportive of Israel than they used to be, and less so than Republicans are now. The new conversation about Israel has yet to make its way into Congress and the executive branch, but that day may be coming. 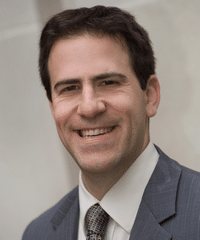 Jordan Michael Smith is a writer living in Washington, D.C. He has written and blogged for numerous print and online publications, including the Huffington Post, the New Republic, the American Prospect, the American Conservative, In These Times and the Columbia Journalism Review. Born in Toronto, Canada, he holds a Master of Arts in Political Science from Carleton University in Ottawa; and a Bachelor of Arts in Political Science and English from the University of Western Ontario. He has written for the New York Times, Boston Globe and Washington Post.