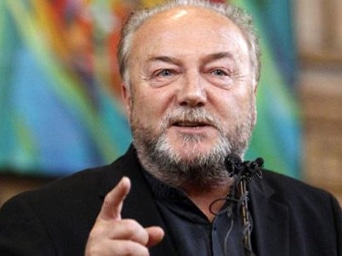 Contrived?  Is That the Word I am Looking For? 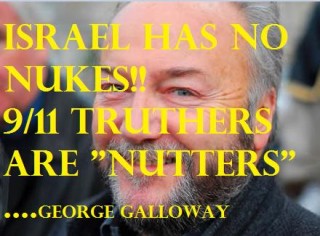 From the sound of it, the US stands ready to attack Iran any day now.  Now for the funny part.

Two days ago, I took my wife down to get a replacement ID card.  We go to our local Air Force Base, headquarters of the 180th Fighter Wing, more or less the “tip of the spear” as for American air power.

This is our local boys, family to our town, this is “our” military.  They are quietly home, alive and well and not relocating to the Middle East.

You can’t even count how many times they have been deployed but they aren’t deployed now.

I tend to not believe in the current crisis and the threatened attack.  I have intelligence sources in most governments in the region, safely, the equal of the CIA, perhaps better.  I am more “likeable” even on my grumpy days.

Back years ago, 9/11, the first thing I asked was “who makes money off this.”

By 2006, we had enough witnesses come forward we could prove our suspicions that, essentially, America’s government had fallen in 2000 and a cabal, the same that orchestrated the Afghanistan invasion, the Iraq invasion, the phony intelligence for both, those pulling the Bush/Blair “strings” planned and executed 9/11.

In the end, we have stood for years now ready to arrest Americans and Israelis and not one single Muslim.  This would be the easiest criminal case in history.

After 11 years, covering up 9/11 is more Zionism than the “wailing wall” or bulldozing homes in the West Bank.  Israel has screamed “we did it” even to the point where, on a personal basis, they don’t even deny it.

Only Julian Assange and, oh, I forgot, George Galloway deny it.

Now, George Galloway, the “spotted zebra” of the “left” in Britain is crying out against war in Iran.  This is a guy who is still trying to sell the old 9/11 report, you know, the one with the plane that hit the Pentagon after we finally got ahold of the video of the missile?

This is the same George Galloway that says Israel has no nuclear weapons when Mordechai Vanunu has done so many years in prison proving it to us.

Israel has admitted to having nuclear weapons so many times, threatened so many people with the “Samson Option” and still good old George Galloway is crying about how Mubarak was going to throw the poor Jews into the sea for so many years.

Now, of course, Mubarak faces execution because it turns out he was an Israeli agent for those 30 years, only one of the many Israeli “lapdogs” that made up George Galloway’s imaginary army of fanatics.

Now Galloway is defending Iran. That brings me to the obvious question, who is making money off the current crisis?

The answer is simple:  Iran. Who else? Israel?

Back at the end of October, we stumbled on buying patterns in oil futures.  With oil usage down 10% or more in the US, 20% in most of Europe, with China’s buying going “soft” and world oil stockpiles up 40%, oil futures would be worthless except in the case of the Straits of Hormuz being closed by Iran.

The buying was traced down to Israel.  They bought the futures and if oil went under $50 per barrel, not only would that help bring back the economies of the EU and US in a major way, Israel would lose billions and, oddly, so would Iran.

97% of Iran’s money depends on oil exports and the prospect of $50 dollar oil would collapse the current regime in Tehran in two months.

Instead, the current crisis, which has taken oil to over $100 per bbl for no rational reason has been a life saver for Iran.

Who would want that? Israel?

Did they cut a deal with the Mullahs like we said so many weeks ago, a deal to stage a crisis, Israel would buy up futures, Iran would crank out oil and the economies of the US and EU would have to go to the “banking system,” read “Rothschilds” for more money to keep things glued together.

The victim of all this?  Is is America and the EU?  Is the exact same thing being done, world wide, with natural gas as well, another commodity that actually has crashed at the wholesale level but has avoided any retail price drops?

Normally, for there to be a crisis, something should happen.  In this case, the crisis seems to have been driven by a potential crash in oil prices, which, of course, would be a blessing for the West.

As many know, the US, formerly an importer of gasoline is now the world’s largest exporter of gasoline.  There is nowhere to store gasoline anymore, every tank farm in the world is full, there is no one to buy it, no money, no jobs to go to, same as with natural gas, no heat for abandoned homes, empty factories and closed stores.

These were bought from one of 37 missiles left in the Ukraine by Russia, sold to Iran by the previous government.  Our sources are the highest levels of military and intelligence with confirmations inside Iran itself.

These bombs were bought, an embarrassment in itself for a country that, years ago, had a failed nuclear program.

They are huge bombs, each big enough to blow up Paris or Rome or destroy half of Israel.

Their initial purpose?  They were to warn off the US when Iran received proof as did VT that PNAC, the mysterious group that gets blamed for everything nowawdays, had submitted plans for an invasion of Iran to the Bush White House even before the unelected president “took” office.

Our sources read the plans, sat through meetings with President Bush on several occasions going over the proposed invasion and so many other criminal activities in the White House.

The FBI knows also.  Certain members of the Bush staff at the pinnacle of power agreed to “wear a wire” for the FBI’s investigation of Israeli spying on the US, spying done by members of the Bush advisory staff, Rand Corporation, PNAC, State Department and National Security Council.

The “highest of the high” were taped for hours, as some may  or may not remember, arrests were made, as they so often are, charges were dropped because of “national security” as they so often are, and few Americans learned how their country was run by Israel, how it was spied on and how Israel had orchestrated the theft of a presidential election, the planning of 9/11, the invasion of Afghanistan, Iraq and Iran.

Part of the deal was to loot the US and EU economies.  How has that worked out?

We talked with people who “wore the wire” and were debriefed each week by the FBI, top White House officials.  Oh, they have come forward, were there to be anyone to listen.

There isn’t.  Everyone, almost, has come forward, or would, were there anyone or anything to “come forward” to.

Then we return to “Iran,” the crisis without a crisis.  There is no new “hard intelligence” on Iran.  There is no “smoking gun.”  There are no witnesses though such things no longer mean anything since torture can get anyone to say anything.

America has sent out 3 carrier battle groups.  Iran is playing along, testing missiles, running their little boats in circles.  Iran has little military other than 13 million militia that make them impossible to invade.

In fact, the only thing propping up their government now is the huge “blip” in oil prices that America has been ordered to bring about by whoever orders America about and the “foreign threat” thingie.

This may be the biggest joke of all.  Iran, or a newspaper of some kind anyway, seems to have notified the world that Iran has now opened a very small nuclear enrichment site under 300 feet of rock, which would, of course, require a 30 megaton nuclear weapon to destroy.

America has no 30 megaton nuclear weapons in its arsenal anymore, with treaties being such.

One might ask, why announce that now?  Who benefits?

Is it real or just a phony target to push up oil prices more?

Are you beginning to understand yet? It takes two to tango.