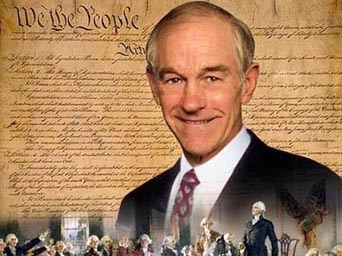 Ron Paul, the protector of our once sacred constitution, seized the moment in New Hampshire by finishing a strong second in the Republican Primary and gleefully announced to a stunned Republican establishment that he is not only electable but dangerous to the status quo. 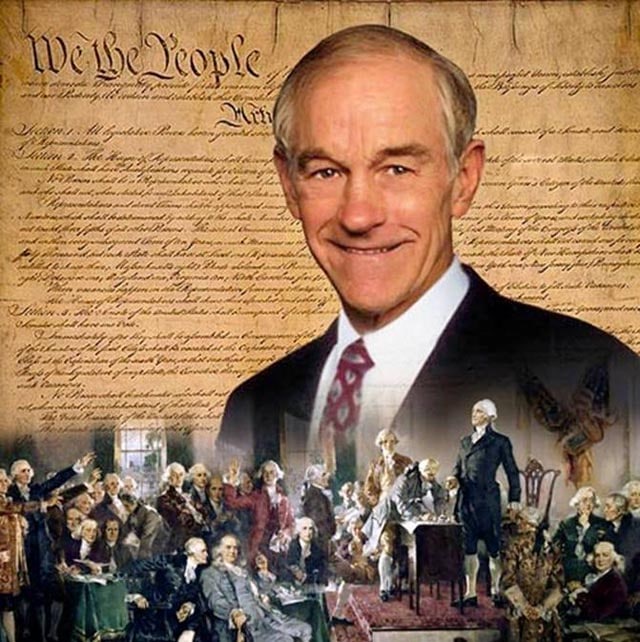 Libertarian Congressman Ron Paul has been bucking the trade winds of the Republican establishment for years and making little headway in his efforts to defend the constitution and protect our liberties. Last night in New Hampshire, Paul shocked the establishment with the help of the youth, Independents and a beaten down Middle Class by finishing a strong second to Mitt Romney and shattered the myth that Ron Paul is non-electable. Watch this 15 minute video of his victory celebration and witness a Ron Paul with the wind at his back and finally seizing his moment in New Hampshire.

It is my opinion that, minus the main stream media sponsored myth of non-electability, Ron Paul would have garnered at least 30% of the New Hampshire vote ~ which would truly have him nipping at Mitt Romney’s heels.

Why? Because as Wead explains Paul is incorruptible, has integrity and matches up against Obama better than any other candidate. 4 minute Video

Then there’s Jesse Benton, Ron Paul’s youthful Campaign Chair Interview with Piers Morgan After Paul’s N.H 2nd Place Finish ~ where Benton predicts Paul will continue his momentum in South Carolina as people begin to realize that he is the only conservative alternate to Mitt Romney ~ and that Paul’s enthusiasm and honesty is contagious. 4 minute video

Then there’s the highly intelligent Bruce Fein, another Paul Senior political advisor, on Fox explaining that Ron Paul “Is the only major candidate who is hawkish on defending Americans in America ~ and not all over the world“ who eloquently outlines Paul’s campaign strategy and appeal.   5 minute video

Wednesday morning I was interviewed for 90 minutes by Mike Harris, on the Republic Broadcasting Network, and we entertained questions from listeners regarding Ron Paul’s strong finish in New Hampshire and the response from across the country was unanimous ~ Ron Paul is electable!

Not only that but there’s a wide cross section of this country that support his candidacy regardless of the Main Stream Press’s attempt to marginalize his campaign .

A white Catholic man from the Northeast called and shared his worry that Paul’s candidacy would be such a threat to the establishment that they would attempt to stop him ~ much like the Kennedy’s and Martin Luther King were stopped ~ because his message and presence was so needed at this time.

A black man from Chicago stressed Ron Paul’s moral integrity, character and honesty which have been so sadly lacking in the White House.

A woman from Louisiana commented on the hypocrisy of both Gingrich and Santorum in contrast with Paul’s honesty and integrity.

And lastly a Texas neighbor of Dr. Paul spoke movingly about Paul’s down to earth friendliness and how, as an OB, he has delivered over 4000 babies and has a direct or indirect relationship with virtually the whole town ~ how often he sees him riding his bicycle and waving to his neighbors and that what you see with Ron Paul is what you get in real life or in the political arena.

I was moved by these unsolicited comments from across the country and am now firmly convinced that the myth that Ron Paul is non-electable has been planted and continually stroked by the Republican establishment who are deathly afraid of not only Ron Paul’s message and its consequences to a Party that is still married to Wall Street and the Military/Industrial complex ~ but that Paul is the real thing (a true conservative) in a cast of pretenders and a constant reminder to the establishment of how far they have strayed from their core beliefs.

Watch out South Carolina and Florida ~ Ron Paul finally has the wind behind him and he is most certainly not only electable but dangerous to the status quo and Republican establishment.