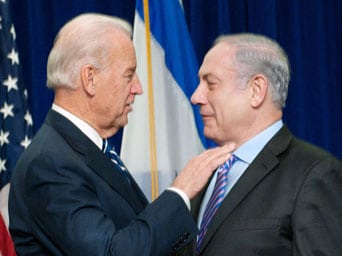 Press TV talks with Joshua Blakeney, Staff writer for Veterans Today in Calgary about who is behind the killing of Ahmadi-Roshan and considers the circumstantial evidence currently at hand. What follows is an approximate transcript of the interview. SOURCE: http://www.presstv.ir/detail/220971.html

Press TV: Hilary Clinton has categorically denied that the US is involved in any way with the assassination of Iranian scientist, Mostafa Ahmadi-Roshan. What would you be telling Hilary Clinton on this?

Joshua Blakeney: I think primarily, first and foremost, this is an Israeli operation and when we use phrases like “the US” we have to define what we mean by “the US”. In the US ruling class there are different factions. There’s one faction personified by Zbignew Brzezinski who says Iran would be an obvious ally of the American Empire; and there’s another faction that’s primarily viewing the world through Israel’s spectacles that’s saying let’s bomb Iran; let’s take out scientists in Iran etc.

Not only do I have the intuition that this is primarily an Israeli operation, there is circumstantial evidence – The Israeli newspaper, Ma’ariv, has reported, they’ve cited an individual named Richard Silverstein who, according to his Israeli sources, was told that this was a MOSSAD operation working with the Mujahedeen al Khalq to take out this Iranian scientist. It is an abysmal atrocity and my condolences go out to his family, you know, he has a small child.

Imagine if students in Canada went to class one day and their physics professor wasn’t there because someone had strapped a bomb to his car and blown him up. This would be unacceptable in every other country in the world and it should be unacceptable when it happens to the Iranian people who, after all, are merely expressing self determination and trying to develop a civilian and peaceful nuclear program of the kind that France has and Canada has and the US has.

Iranian people are no less than Canadian people and French people and the citizens of the US; they have every right to develop nuclear power and this is an abysmal atrocity that I believe is primarily motivated by the state of Israel and sponsored by its proxies in the US.

Press TV: Our other guest to the program, Sarah Flounders, said that Israel would not do anything against Iran without the approval of the US. Do you think then that Israel, or Israel with the cooperation of the US, perhaps is trying to provoke Iran by committing these acts if they are indeed guilty, which you said does have the hallmarks of Israel?

Joshua Blakeney: Yes. I think we are living in a kind of a Cold War – a new Cold War now where the US and Israel are actually unable to attack Iran because Iran isn’t a broken-backed and dilapidated country like Saddam Hussein’s Iraq was, which is why it was attacked.

In the case of Iran, it has quite a significant military capacity and so in a way this assassination of a scientist is kind of a victory for the Iranian revolution because it shows that all the Israelis and their sponsors in the US can do is kind of tit for tat taking out a scientist here or trying to foment destabilization there.

They can’t do a military attack because if they did bomb Iran there would be missiles raining down in London and on US bases because Iran has the capability to defend itself and I think that’s a good thing. I want stability in the Middle East I don’t want instability.

I disagree on one point made by your guest, I don’t believe it [US Middle East policy] is motivated primarily by oil interests.The war in Iraq, the attempts to destabilize Iran, I think they are first and foremost inspired by Tel Aviv because the US oil policy traditionally in the Middle East was one of fomenting stability for oil markets by propping up existing regimes, ensconced regimes in the region such as the Saudis. But of course that’s very bad for Israel because such Arab and Muslim regimes can turn on the Israeli hegemon, which is what Saddam Hussein did in 1991 when he fired scud missiles at Israel.

So, I think it’s crazy for the US to be alienating and estranging Iran when the US’ obvious antagonists are Russia and China and therefore Iran would be an obvious ally. What interest does the US have in risking the Straits of Hormuz being closed? How is that beneficial to US oil interests? I think since 9/11 we’ve seen a tectonic shift in US Middle East policy, one that’s dictated by Israel.

It’s the case of the Zionist tail wagging the American dog unfortunately. AIPAC and the Israel lobby pretty much dictate Middle East policy – I’m not saying Zionists control everything in the US when it comes to environmental policy and other things, I don’t think that’s the case – but in terms of Middle East policy there’s very little that the US can do without consulting with Israel.

When we look at the genesis of the neoconservative movement – who the neo conservatives were, it becomes clear that this was a Tel Aviv inspired initiative and I think that’s what we’re seeing, a shift in US policy that goes against its traditional oil interests.

Press TV: We’ve talked about the US and Israel… the UK has not been mentioned. The assassinations of Iranian scientists actually started after the comments that were made by the head of MI6 in 2010 John Sawers. Don’t you think there is a relation there?

Joshua Blakeney: It’s quite feasible that intelligence agencies in the US and Britain benefit from there being a perpetual enemy because in the Cold War with the Soviet Union they had kind of a status quo that allowed them to build a big bureaucracy and then when the enemy was taken away after the Cold War they were bereft.

As a result of 9/11, thanks to 9/11, all these intelligence agencies were given an enemy again to keep doing what they do.

I think it’s possible this was solely a MOSSAD operation. When professor Mohammadi was taken out in January of 2010 the scoundrel who the Iranian government captured, the assassin, he confessed to having been a MOSSAD agent. And so I think it’s feasible – as we saw with the USS Liberty when Israel bombed the US; as we saw on 9/11 there were Israeli agents in New York City obviously complicit in the attacks in New York City.

I think there is a contradiction inherent in US and Israeli policy and I think to destabilize oil rich countries is not rational from the perspective of an oil company that would evidently want stability so they could go in and develop the oil fields.

People like Dick Cheney’s Halliburton and the Israeli lobbyists, they like destabilization because that allows them to weaken Arab and Muslim regimes and thus allow Israel to have regional hegemony so I think first and foremost we’re seeing this as a MOSSAD operation to try and curtail Iran’s self determination and development of a civilian nuclear program.