Home Veterans PTSD – Iraq and Afghanistan Vets Finally Get Their Due 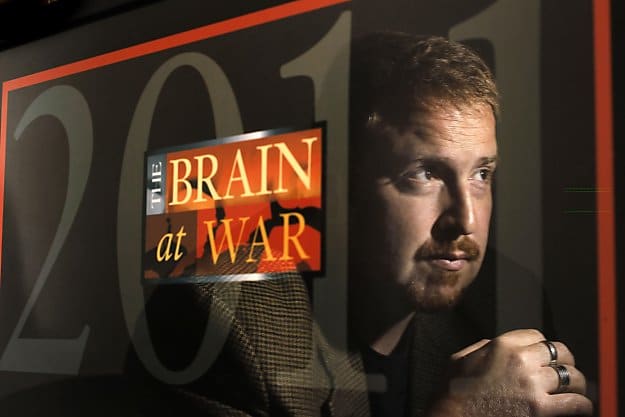 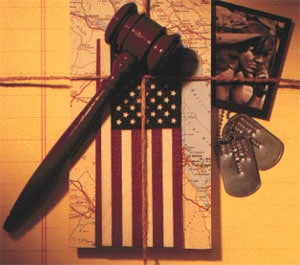 WASHINGTON – The National Veterans Legal Services Program (NVLSP) announces that Judge George W. Miller at the U.S. Court of Federal Claims gave approval on December 22, 2011 to a historic settlement victory for disabled veterans who served in Iraq and Afghanistan.

The settlement obtained by NVLSP and pro bono co-counsel Morgan, Lewis & Bockius LLP in the class action lawsuit Sabo v. United States will benefit thousands of veterans who were medically discharged due to post-traumatic stress disorder (PTSD) between 2003 and 2008, but were denied the benefits to which they were legally entitled.

“These veterans served our country in time of war, but have waited 3 to 8 years to receive the disability benefits which they’ve earned for their service,” said Bart Stichman, co-executive director of NVLSP, which filed the class action lawsuit in 2008 along with Morgan Lewis.

“We are gratified that the government will finally make good on its promise to meet the healthcare needs of these veterans and their loved ones,” said Jim Kelley, lead partner for the team at Morgan Lewis.

[VT Editors Note: After you finish reading what these men had to go through to get their due, maybe we should think about all recruits going into the military being required to study this case history for one week before signing their military agreement.

If they proceed they will then be doing so with the full knowledge of the long history of VA claim ‘problems’. Or maybe the government should have to post some kind of  bond for VA claim problem legal work for these continuing PTSD problems…Jim W. Dean]

As a result of the class action and the settlement that, in July 2011, NVLSP and the government jointly asked the U.S. Court of Federal Claims to give approval to, the U.S. military agreed to pay lifetime disability retirement benefits to 1,029 veterans with PTSD who were denied these benefits upon discharge from the military following wartime service in Iraq or Afghanistan.

This part of the agreement is a direct response to the allegation in NVLSP’s 2008 lawsuit that the military services violated the law by failing to assign a 50% disability rating to those discharged for PTSD – a disability rating that entitles the veteran to disability retirement benefits. To remedy these violations, these veterans will receive through the settlement:

Entitlement to lifetime military disability retirement payments (which may result in the veteran receiving monthly payments from the military above what the veteran is receiving from the VA) retroactive to the date of discharge.

Eligibility to apply for Combat-Related Special Compensation (which may increase the veteran’s monthly disability payments further).

Lifetime military healthcare (TriCare) for the veteran, his or her spouse, as well as their children until at least age 18.

Eligibility to purchase life insurance coverage through the

The settlement also stipulates that an additional 66 veterans who are class members will receive these same disability retirement benefits if they apply to the VA for disability benefits for PTSD and receive a VA disability rating of 30% or more. 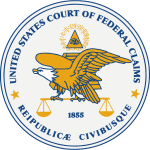 The settlement agreement was jointly filed by the military departments and NVLSP in July 2011. Under the rules that apply to settlements of class actions, all class members were notified of the settlement and given an opportunity to object.

Ninety-six percent of class members who responded, were in favor of the settlement. On December 22, 2011, the U.S. Court of Federal Claims granted approval to the settlement.

In his order, Judge Miller noted, “Throughout the litigation and settlement processes, counsel for both parties have demonstrated themselves to be zealous, dedicated, and thorough.

Indeed, this Court has previously noted that, in this matter, “the parties have been ably represented by counsel, who, in the opinion of the Court, have represented their clients zealously, creatively, and with civility.”

The settlement agreement will be substantively implemented within six months. At the fairness hearing held on December 12, 2011, the parties stated that preliminary steps had already been taken to implement the settlement. The Court will retain jurisdiction over the claims in order to address any issues that may arise regarding the settlement’s implementation.

“This is a happy ending to a sad chapter of military mistreatment of those who served our country in time of war,” said Stichman. “The veterans covered by this agreement were exposed to highly traumatic events during deployment, only to return home and be shortchanged on benefits after the military found they suffered from PTSD that was so severe that they needed to be discharged,” said Stichman.

“For the veterans impacted by the settlement with young families, getting healthcare benefits will make a huge difference in their daily lives,” said Stichman. “For those drowning in family medical bills incurred during the 3-8 years they waited for their benefits, the settlement offers reimbursement. Many of them will likely be awarded hundreds of additional dollars every month in combat related special compensation. They will be able to shop at military commissaries and get other benefits that help their families. The settlement is a huge victory for veterans and their families.”

The judge’s order granting final approval is available on www.ptsdlawsuit.com.

SNAPSHOTS OF VETERANS IMPACTED: WHAT THE SETTLEMENT WILL MEAN FOR THEIR LIVES 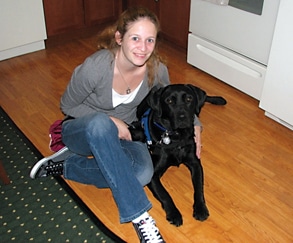 Air Force veteran Aimee Sherrod served three deployments from 2001-2005, with service in both Iraq and Pakistan. She saw the horrors of war firsthand.

She was subsequently diagnosed with PTSD and separated from the military without the benefits to which she was entitled.

She is entitled to reimbursement of health expenses incurred for herself and her family from 2005 to 2011, eligible to apply for combat-related special compensation, can participate in the Survivor Benefit Plan, and can use the military commissary and post exchange.

Two years after her discharge, Sherrod was one of seven named plaintiffs filing the class action lawsuit, Sabo v. United States, on behalf of thousands of veterans with PTSD who were illegally shortchanged on their benefits.

Veteran Timothy Martin served in the Army for 9 years. In his role as a Bradley gunner in Iraq, Martin was in multiple firefights and his vehicle was struck by improvised explosive devices. He was told he could no longer serve in the military due to his PTSD, but was separated from the military without retirement benefits and a low disability rating, well below what the law stipulated. Martin is a single father with two children. “My family struggles to make ends meet,” said Martin in a sworn declaration filed with the court.

Under the settlement, Martin and his children will receive healthcare benefits through TriCare. He is also eligible for monthly disability benefits, entitled to reimbursement for health expenses incurred for his family since 2006, eligible to apply for combat-related special compensation, can participate in the Survivor Benefit Plan, and can access the military commissary and post exchange.

Army veteran Anthony Koller served in Iraq for 14 months, where he was part of 300 missions and witnessed several traumatic events. His squad was ambushed in Fallujah in 2005 and he witnessed the death of one of his friends. Due to his PTSD diagnosis, Koller was separated from the military in 2006 with a low disability rating for PTSD and without the benefits to which he was entitled. He is now attending college to learn a new trade.

Koller has a wife and three children under age 5, including a newborn baby. Due to strained finances, the family went without any health care coverage from June-September 2010. His wife and daughter were in a car accident that cost thousands of dollars in medical bills.

“TriCare and the benefits of permanent disability retirement would help my family tremendously right now as we live on a month-to-month basis. Healthcare for my family as well as the opportunity to apply for Combat-Related Special Compensation are both benefits we need,” said Koller in a declaration intended for the court. Under the settlement, Koller’s wife and children will receive healthcare benefits under TriCare.

He is eligible for monthly disability benefits and will be able to apply for Combat-Related Special Compensation. The family can apply for their thousands of dollars in medical bills to be reimbursed. They will also be eligible for post exchange and commissary privileges, as well as the survivor benefit plan.

Press and media interview requests should be directed to Ami Neiberger-Miller – 703.887.4877 – [email protected]

The National Veterans Legal Services Program (NVLSP) is an independent, nonprofit veterans’ service organization that has served active duty military personnel and veterans since 1980. NVLSP strives to ensure that our nation honors its commitment to its 25 million veterans and active duty personnel by providing them the federal benefits they have earned through their service to our country.

NVSLP offers training for attorneys and other advocates, connects veterans and active duty personnel with pro bono legal help, publishes the nation’s definitive guide on veterans’ benefits, and represents and litigates for veterans and their families before the VA, military discharge review agencies, and federal courts. For more information go to www.nvlsp.org.