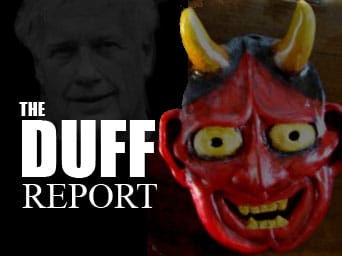 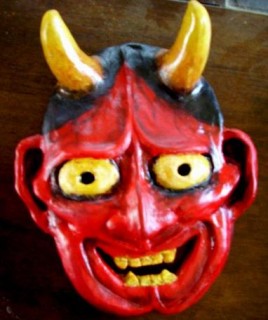 Kabuki Theatre, The Mask Behind the Mask

I no longer use the term “mainstream media.  I call it “the suppressed news.”  We have real stories to cover, how foreign agents have been throwing money at Gingrich, how the Republican primary campaign has had voting rigged and how the press has been “bought” to destroy Ron Paul.

On that, after wide consultation, some with ranking Army and intelligence officials, current and retired, Ron Paul is candidate for president of universal choice, both left and right and Jesse Ventura is “acceptable” as candidate for vice president.

Many of those consulted are people who I have never politically agreed with before.

Today, President Obama is expected to block SOPA, the Stop Internet Piracy Act, an attempt, backed by Hollywood, to empower more spying on the American public.  After backing the NDAA, a defense act with full martial law powers, an utterly unconstitutional and illegal law recently, Obama has betrayed his constituency.

Worse still, and something discussed with military and intelligence folks, many of whom I consider “right wing morons,” nobody in the US wants the NDAA although congress supported it, no judge has opposed it, no news media has spoken against it and it is totally illegal.

It is so illegal that the military is discussing finding congress itself “in rebellion against the United States” for supporting legislation requiring our military to violate their oaths.

The world is now totally “inside-out.” 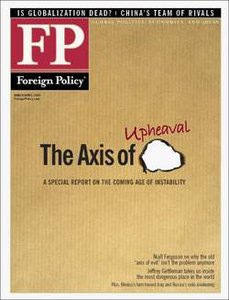 This week, the Council on Foreign Relations in its publication, Foreign Policy, outlined how the Mossad was using CIA identities to recruit terrorists to attack Iran.  VT took this forward and forced a White House response ending with a threat to Israel for them to end this practice immediately.

First of all, neither the CIA nor Mossad function as national intelligence organizations, not for nearly a decade.

Both have private clients used to manipulate oil and currency markets through bombings and assassinations.

MI6 in Britain and French, Canadian and German intelligence groups along with Pakistan’s ISI and India’s RAW stand similarly accused along with Turkish intelligence.

All have been involved in private espionage rings, not just industrial intelligence but weapons as well.

Israel has gone furthest.  They were involved, with American backing, in the planning and execution of many terror operations, from Bali and the Marine Barracks in Beirut to the embassy bombings in Africa to 9/11.  Any attack on a scientist in Iran by the Mossad would have to have been accidental at best.

There is no conflict with Iran.  They are another “cardboard Lothario” enemy, powerless, barely able to defend their own capitol, no ability to even go “head to head” with Israel as far as deployable firepower.

The “tensions” with Iran are financial games meant to run up the oil markets, attack western currencies and allow America to continue to deploy forces to the Middle East although there is no excuse for any presence there.

Iraq, the illegal war, is over.  Afghanistan is totally lost, a fiasco from day one, and oil, the commodity that was so vital to America, supposedly, is in such oversupply that the Straits of Hormuz are no longer of strategic interest to the US.

Oil oversupply has made Hormuz a joke.

Then again, were Iran to close Hormuz, their own government would fall in a week, they would starve and China, their biggest customer, would simply go elsewhere.  Oil has no value anymore, the world is drowning in it and it is price at 300% of its actual value now.

We could say the US and Israel, with cooperation from Iran, are staging the current “problem.”

The truth is worse, it isn’t the nations at all but criminal organizations that control the governments of all 3 nations and many others. The entire congress of the United States is 100% controlled by organized crime.

Watching the GOP primaries is like watching Chicago during the 1920s.  The Republican Party has, since Reagan, become an arm of an international conspiracy involved in human slavery, drugs, arms trafficking and terrorism.

The military knows this, the intelligence community knows this and all are at an end of their patience. 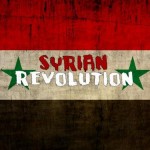 This is a genuine humanitarian disaster.  Were Russia to have any cohesive leadership, it would have pushed to enact reforms.  This year, the “under the table” deals between Assad in Syria and Netanyahu in Israel were exposed, at least to some.

It has now been decades since Israel had any serious opposition other than “tail pulling” a few years ago by Hizbollah with Iranian backing and even that has all been bought off.

Simply put, the Middle East isn’t worth fighting over, oil is worthless, the Cold War is over, the War on Terror has been debunked and nobody is willing to go after those responsible for 9/11, the neocons in America and their friends in certain political groups in Israel. 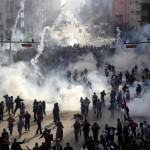 Traitors have been running Egypt for decades, puppets of Israel, corrupt military, thieves and murderers.  They are all still there.

It is necessary for the Egyptian Army to be disbanded, reformed as a force representing Egypt and not the criminal element that runs it now, and for Egypt to move forward as a progressive force for democracy in the region.

The lack of policy toward Gaza and Israel, other than threats and blithering, is an embarrassment.  A just settlement is simple, for Gaza at least, and we should move on from there.  The Gaza disaster is as much the fault of Egypt as it is of Israel.

The trillions of dollars have already been spent and the Middle East is less secure each day.  Settlements in the West Bank are all illegal and must go.

On the other hand, if Israel, real or imaginary, feels it can’t defend itself, an international convention of all nations in the region, from Algeria to India, should join in a convention in Geneva to discuss it.

I suggest we address the immediate causes of extremism, respect the rights of all in the region and demilitarize all areas of conflict.

Then we move to establish an open commercial region based on mutual trust and guaranteed by force of arms, primarily American.

Israel will do well as will others.  If we want democracy, then we stop the lying.

These were ‘stealth marines’, perhaps? She might as well said they landed on the moon.

Anyone who repeated this, supported her comments or sent on emails containing these bizarre fantasies needs to wear a dunce cap for at least a week.  This is all totally absurd.

There are, however, exercises in Israel involving 5000 Americans, two years in planning.

They involve integrating Israel into the NATO air defense grid, which Turkey is also part of.  The US military has dozens of operations around the world, every continent, every friendly military force and has done so for decades.

If something genuinely threatening were to go on, I would have reported it.

As for Libya, as is plain to all, every statement made during the Gaddafi regime and its final days by bloggers and “hangers on” have long been debunked.

No troops are in Libya.  No changes in the oil business have occurred.  There is no new central bank.  Al Qaeda still doesn’t exist and Osama bin Laden is as dead now as he was Christmas 2001.

Libya is relearning politics, will form new political parties and every attempt to color this as a defense of Gaddafi will continue from the same voices trying to save face after being totally debunked.

What did happen, however, is that two Israeli WMD plants were found in Southern Libya 6 weeks ago.  Orders were given to “pretend you didn’t find them.”  Those who report on chemical warfare but have chosen to ignore these plants and one recently discovered in the Negev Desert of Israel are not credible.

The Negev “thing” is a bit of a secret.  We suspect chemical weapons but don’t know.  We do know it involves advanced weapons research and is very “hush hush.” 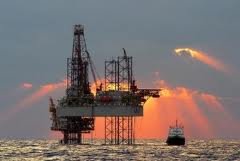 Iran is militarily weak, as is North Korea, and frankly, Russia.

Oil is worthless, America is capable of moving to full domestic supply in weeks and is now the largest exporter of gasoline in the world.

Gasoline prices should be nearly half what they are now and food prices in the US should drop like housing, by 40%.

There are no credible supports for increases in food costs, not weather, not fuel, not supply, not crop failures, nothing.

Supplies of natural gas in America are similarly in excess, wholesale prices are collapsed, most gas producers face bankruptcy and only payoffs to politicians are keeping utility bills in America from reducing by 30% overnight.

Were “free market” rules to really apply, America would be at full employment.

A reminder.  $1 trillion is on deposit, Federal Bank of Richmond, money issued by the Federal Reserve during the 1980s, taxes partially paid, full taxes in escrow, to finance a high speed Mag-Lev rail system for the entire US employing 400,000 Americans.

Steel and dozens of high technology jobs in America would end our depression in 90 days.

The pay order to begin this project is sitting on the desk of the President.

The only thing holding it up is that George H.W. Bush wants 2/3rds of the “net” revenue personally.

Another $2 billion has been earmarked to VT for projects to save veterans from suicide, homelessness and unemployment.

We stand ready to provide homes for 6000 veterans within 120 days and to demonstrate a model of non-profit corporation cost management that will put any charity in America to shame.

This money is already ours and is being held up illegally.

A reminder, oil, commodities including foods and metals and real estate crashed in 2007/8.  By 2009, oil was 34% of its current bloated cost and this was before Europe and the Euro crashed.  Today’s pricing on what you buy while what you own is “worthless” is evidence of criminal conspiracy.

If you choose to believe what you are told or participate in the current election, taking direction from the press and networks, you will be essentially working for organized crime.

We are done with this and “we” is more and more powerful than imaginable.