Home Life Will You take A Stand For Truth And Justice – As MLK... 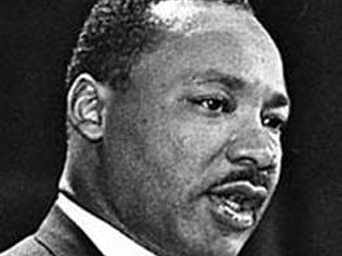 The words and inspiration of Martin Luther King Jr return every third Monday in January but in the troubled days of 2012 King’s words demand a deeply personal moral stand ~ Are you willing to protect something so precious that you will die for it?

As our civil liberties slowly erode with a corporate state under control of the Military/Industrial complex and global elite ~ there will come a time when we all must take a stand for some great principle, some great issue, some great cause or some great truth.

The question is ~ are you willing to stand alone and overcome fear for what is right in a world apparently gone blindly wrong.

Martin Luther King Jr asked himself that same question at 38 years old, on November 5, 1967, in a sermon at the Ebenezer Baptist Church when he obviously sensed his mission and destiny and knew there was only one answer he could live with.

“SO PRECIOUS THAT YOU WILL DIE FOR IT”

“ I say to you, this morning, that if you have never found something so dear and so precious to you that you will die for it, then you aren’t fit to live.

Don’t ever think that you’re by yourself. Go on to jail if necessary, but you never go alone. Take a stand for that which is right, and the world may misunderstand you, and criticize you. But you never go alone, for somewhere I read that one with God is a majority. And God has a way of transforming a minority into a majority.”

Personally, I have taken a stand for a great truth, for a  Unified Field  of love, joy and soul consciousness ~ that exists beyond time and space as well as deepest within each one of us and whose principle property is the universal urge to unite. Like King, I have been to the top of the mountain, I’ve seen what lies both within and beyond our present state of fear based ego consciousness and like King, I’ve seen what lies beyond the difficult days ahead, for as King wrote ~ “We are all tied together in the single garment of destiny, caught in an inescapable network of mutuality. And whatever effects one directly effects all indirectly.”

Here is a clip from Martin Luther King Jr’s last but incredibly moving speech before he was assassinated on April 4th, 1968  ~ 1.17 minute Video