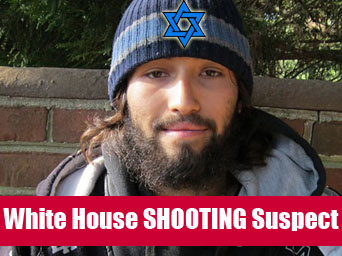 As the editor of a mainstream Jewish publication, you have an awful lot of chutzpah to call for the assassination of the President of the United States by the Mossad. I hope this email reaches you before the Secret Service does! If by some miracle you remain free on your own recognizance, or can afford the bail, I would love to discuss the pros and cons of a Mossad assassination of Obama on my radio show with you. I have openings next Wednesday and Friday, 4 to 5 pm Eastern.

You ask, “what would you do” if you were the Prime Minister of Israel, facing the fact that a war with Hezbullah and Hamas would be much nastier for Israel in 2017 than in 2012. Your answer is that Netanyahu’s only choice is to start a war now – with Iran as well as Hezbullah and Hamas. And the only way to start that war is to kill President Obama, who stands in its way.

When an apparently logical line of reasoning leads to an illogical or insane conclusion, it is time to re-think your logic. (I’m no Obama fan either, but let’s face it, publishing calls for his assassination is stupid and immoral as well as illegal! And war with Iran would be a disaster!)

So start re-thinking. Israel has been operating according to your kind of logic since 1948. And that logic is leading to its destruction.

In 1948, it seemed logical to slaughter whole villages full of men, women and children, in order to exterminate part of the Palestinian population and force most of the survivors into exile. This was the only logical way to get a Jewish majority for the new state. That logic, however, has led to a situation in which billions of people around the world hate Israel, and a significant fraction of those are committed to its destruction.

In 1963, “worst-case” logic dictated that Israel obtain nuclear weapons. To that end, it seems likely that the Mossad participated alongside elements of the CIA in the murder of President Kennedy, who was determined to deny Israel nuclear weapons. A growing minority of Americans is joining a much larger number of intellectuals from around the world who are aware of this likelihood; the result is more anger and disgust with Israel. See Michael Collins Piper’s Final Judgment; or listen to my interview with him:
Michael Collins Piper

In 1967, strategic logic dictated an attempt to create a Greater Israel through a disguised war of aggression. During this war, strategic logic dictated that Israel destroy the USS Liberty and murder its entire crew. Through a minor miracle, that attempted failed, most of the Liberty crew survived, and today, a growing number of Americans loathes Israel in large part due to this incident.

Since the 1967 war of aggression, paranoid/bellicose “logic” has led Israel to refuse to return the territories it stole, despite the consensus of the world community that it must do so. The result is that Israel is a pariah nation, and few around the world would shed a tear at its demise. Ever-growing numbers want a world without Israel. So, in a vicious circle, Israel resorts to ever-more-insane acts of desperation.

Many further examples of your kind of logic have ensued: The Sabra and Shatilla massacres, false-flag terror attacks around the world, cross-border assassinations, invasions of Lebanon, Operation Cast Lead, and so on. Each time Israel acts this way, people like you cite the logical strategic necessity for such actions; while a much larger number of people incur more and more hatred and disgust for Israel and Zionism.

Personally, I have always disliked Israel, because I have always disliked injustice. But until recent years, this was not a high-priority issue for me. Now, after watching one Zionist outrage after another – the most important being the neocon-Zionist coup d’etat on 9/11/2001 and the ensuing war on Islam for Israel – I am committed to putting an end to Zionism.

And I’m far from the only one. I am told by people in a position to know that disgust with Israel is at an all-time high at the upper levels of the US military command. If Netanyahu takes your advice and murders Obama, you just might get to see Israel reduced to smoking radioactive rubble, and American Zionists – even those who had not overtly called for the assassination of the President – made to pay a heavy price. (I shudder to imagine what might happen to you personally, given your openly-published call for Obama’s assassination.)

As you admit in your article, Israel has painted itself into a corner, a Kobayashi Maru situation, a “no-win scenario or facing a solution that involves redefining the problem.” Maybe the best way to redefine the problem would be to forget about plans for mass-murdering Palestinians, Lebanese, and Iranians, forget about plans for assassinating the President of the United States, forget about plans for more big false-flag attacks, and go back to square one. Admit Israel’s responsibility for the dead-end situation it is in. Admit who is really the aggressor, and who is the victim. And then, wholeheartedly seek to make amends, as Jews are supposed to do every Yom Kippur.

Imagine if Netanyahu gave a Yom Kippur speech along these lines: “We’re sorry. You Palestinians are right. We are the aggressors, and we have perpetrated a grave injustice – not just in 1967, but in 1948 and before that. Your demands for right of return plus compensation, along with a return to the 1967 borders, are almost pathetically minimal and reasonable. Apartheid and endless war doesn’t have a future. We want to work with you to build a new Palestine-Israel and a new Middle East. Come home – in numbers that we’ll work out based on what’s practical. We’re willing to endure a temporary lowering of the standard of living for Israeli Jews and Russian-immigrant fake Jews in order to help you return to the country we stole so unjustly, and make it a country for you as well as for us.”

After a certain number of Israeli outrages, it will be too late for this kind of offer. It may even be too late now. But it’s worth a try, since the current road is such an obvious dead-end.

If you disagree, you’re welcome to join me on my radio show and explain why. But please don’t use my show as a platform to call for the assassination of the President.