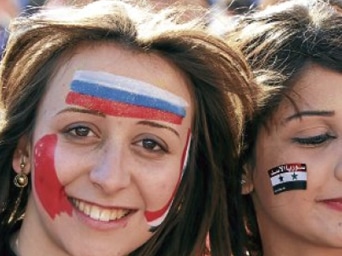 Arab League Report Shows that Syria Has Been Mischaracterized

While the Western media act like the Syrian government is wantonly and indiscriminately killing its own people without provocation, an independent investigation has found a different reality on the ground.

Specifically, over 160 monitors from the Arab League – comprised of both allies and mortal enemies of Syria – toured Syria and published a report on January 27th showing that the situation has been mischaracterized.

Initially, the report noted general cooperation by the Syrian government:

The Mission [i.e. the Arab League investigative team] noted that the Government strived to help it succeed in its task and remove any barriers that might stand in its way. The Government also facilitated meetings with all parties. No restrictions were placed on the movement of the Mission and its ability to interview Syrian citizens, both those who opposed the Government and those loyal to it.

The report noted that the media has greatly exaggerated the amount of violence in Syria:

The Mission noted that many parties falsely reported that explosions or violence had occurred in several locations. When the observers went to those locations, they found that those reports were unfounded.

The Mission also noted that, according to its teams in the field, the media exaggerated the nature of the incidents and the number of persons killed in incidents and protests in certain towns.

Since it began its work, the Mission has been the target of a vicious media campaign. Some media outlets have published unfounded statements, which they attributed to the Head of the Mission. They have also grossly exaggerated events, thereby distorting the truth.

Such contrived reports have helped to increase tensions among the Syrian people and undermined the observers’ work.

Indeed, some of the observers themselves violated their oath of neutrality and exaggerated the violence:

Some observers reneged on their duties and broke the oath they had taken. They made contact with officials from their countries and gave them exaggerated accounts of events. Those officials consequently developed a bleak and unfounded picture of the situation.

While the government has exaggerated the number of detainees released, it has in fact thousands of detainees:

On 19 January 2012, the Syrian government stated that 3569 detainees had been released from military and civil prosecution services. The Mission verified that 1669 of those detained had thus far been released. It continues to follow up the issue with the Government and the opposition, emphasizing to the Government side that the detainees should be released in the presence of observers so that the event can be documented.

The Mission has validated the following figures for the total number of detainees that the Syrian government thus far claims to have released:

The Government has therefore claimed that a total of 7,604 detainees have been released.

The Mission has verified the correct number of detainees released and arrived at the following figures:

The total number of confirmed releases is therefore 5152. The Mission is continuing to monitor the process and communicate with the Syrian Government for the release of the remaining detainees.

While the government has not withdrawn all of its forces, the military has withdrawn from many areas: 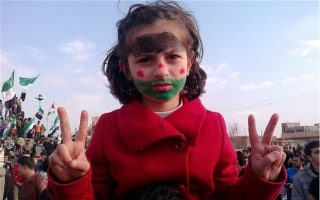 Based on the reports of the field-team leaders and the meeting held on 17 January 2012 with all team leaders, the Mission confirmed that all military vehicles, tanks and heavy weapons had been withdrawn from cities and residential neighbourhoods. Although there are still some security measures in place in the form of earthen beams and barriers in front of important buildings and in squares, they do not affect citizens.

Perhaps most importantly, the report notes that the Syrian people do not want foreign intervention:

However, the citizens believe the crisis should be resolved peacefully through Arab
mediation alone, without international intervention. Doing so would allow them to live in peace and complete the reform process and bring about the change they desire.

The report condemns violence by both sides, but stresses that much of the violence has been perpetrated by the rebels against government forces:

In Homs and Dera‘a, the Mission observed armed groups committing acts of violence against Government forces, resulting in death and injury among their ranks. In certain situations, Government forces responded to attacks against their personnel with force. The observers noted that some of the armed groups were using flares and armour-piercing projectiles.

In Homs, Idlib and Hama, the Observer Mission witnessed acts of violence being committed against Government forces and civilians that resulted in several deaths and injuries. Examples of those acts include the bombing of a civilian bus, killing eight persons and injuring others, including women and children, and the bombing of a train carrying diesel oil. In another incident in Homs, a police bus was blown up, killing two police officers. A fuel pipeline and some small bridges were also bombed.

Recently, there have been incidents that could widen the gap and increase bitterness between the parties. These incidents can have grave consequences and lead to the loss of life and property. Such incidents include the bombing of buildings, trains carrying fuel, vehicles carrying diesel oil and explosions targeting the police, members of the media and fuel pipelines. Some of those attacks have been carried out by the Free
Syrian Army [the main opposition group] and some by other armed opposition groups.

Why hasn’t the Arab League report received any press, given that it provides a much more reassuring and less apocalyptic picture of what is going on in Syria?

When the over 160 monitors, after one month of enquiries, issued their report … surprise! The report did not follow the official GCC [i.e Arab League] line – which is that the “evil” Bashar al-Assad government is indiscriminately, and unilaterally, killing its own people, and so regime change is in order.

The Arab League’s Ministerial Committee had approved the report, with four votes in favor (Algeria, Egypt, Sudan and GCC member Oman) and only one against; guess who, Qatar – which is now presiding the Arab League because the emirate bought their (rotating) turn from the Palestinian Authority.

So the report was either ignored (by Western corporate media) or mercilessly destroyed – by Arab media, virtually all of it financed by either the House of Saud or Qatar. It was not even discussed – because it was prevented by the GCC from being translated from Arabic into English and published in the Arab League’s website.

Until it was leaked.

Still [the U.S., Israel, Saudi Arabia and Qatar – what Escobar calls the NATOGCC], blocked from applying in Syria its one-size-fits-all model of promoting “democracy” by bombing a country and getting rid of the proverbial evil dictator, won’t be deterred. GCC leaders House of Saud and Qatar bluntly dismissed their own report and went straight to the meat of the matter; impose a NATOGCC regime change via the UN Security Council.

So the current “Arab-led drive to secure a peaceful end to the 10-month crackdown” in Syria at the UN is no less than a crude regime change drive. Usual suspects Washington, London and Paris have been forced to fall over themselves to assure the real international community this is not another mandate for NATO bombing – a la Libya. US Secretary of State Hillary Clinton described it as “a path for a political transition that would preserve Syria’s unity and institutions”.

But BRICS members Russia and China see it for what it is. Another BRICS

member – India – alongside Pakistan and South Africa, have all raised serious objections to the NATOGCC-peddled draft UN resolution.

There won’t be another Libya-style no fly zone; after all the Assad regime is not exactly deploying Migs against civilians. A UN regime change resolution will be blocked – again – by Russia and China [this happened last week]. Even NATOGCC is in disarray, as each block of players – Washington, Ankara, and the House of Saud-Doha duo – has a different long-term geopolitical agenda. Not to mention crucial Syrian neighbor and trading partner Iraq; Baghdad is on the record against any regime change scheme.