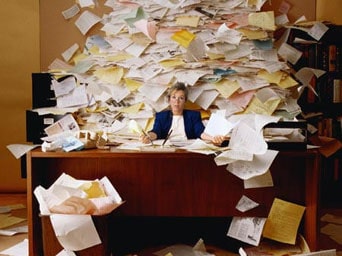 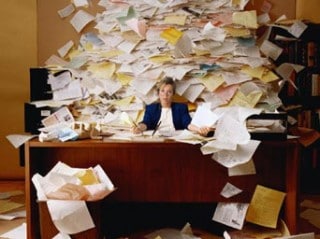 Six months ago, I wrote about Alvin Toffler’s book Future Shock, which looks at a world with “too much change in too short a period of time”.

In Toffler’s view, change overwhelms people, leaving them disconnected and suffering from “shattering stress and disorientation” –- or “future shocked”.

The majority of social problems are symptoms of future shock according to Toffler. From his discussion of the components we also suffer from “information overload”.

Journalist William J. Lynott explains that the brain has limits on how much information it can handle. Beyond that limit the brain becomes overloaded; thinking and reasoning become dulled, decision-making flawed and, in some cases, impossible.

Even without considering social media like the current fascination with Facebook, twitter and LinkedIn, Lynott argues there’s no escape. “It assaults us at home, at work, even at play,” he says.

“By one estimate, a single issue of the New York Times contains more information than the average 17th-century person would come across in an entire lifetime.”

Sociology Professor William I Robinson writes “As the crisis of global capitalism spirals out of control, the powers that be in the global system appear to be adrift and unable to propose viable solutions.”

Is this a result of information overload as Toffler predicted and Lynott observed? It has become very difficult to handle all of the information bombarding us while trying to keep focused on anything.

With a spotlight on the current situation, Robinson says “There will be no quick outcome of the mounting global chaos. We are in for a period of major conflicts and great upheavals.”

Following the recent movements (if that’s what the gatherings can be called) by “rioters” or “demonstrators” or “hooligans”, Robinson argues:

From the slaughter of dozens of young protesters by the army in Egypt to the brutal repression of the Occupy movement in the United States, and the water cannons brandished by the militarised police in Chile against students and workers, states and ruling classes are unable to hold back the tide of worldwide popular rebellion.

Can there be much doubt that these events are chaotic? What do we have so far? Too much change happening too fast. Information overload is reflected in global chaos leading to major conflicts and worldwide upheavals.

The solution is to be clear about key priorities and primary interests, use scanning to get through the piles of data and determine which information is actually relevant.

Instead of having dulled senses as a result of being bombarded by information overload, we can manage time better.

The volume of information we have today “throttles productivity, reduces our capability to absorb and learn, puts our physical and mental health at risk, and interferes with personal and business relationships,” according to Jonathan Spira, CEO of Basex, a research firm focusing on issues companies face.

Spira has no doubt that “too much information without reflection can stall our productivity. It affects our ability to manage thoughts and ideas, contemplate and even to reason and think.”