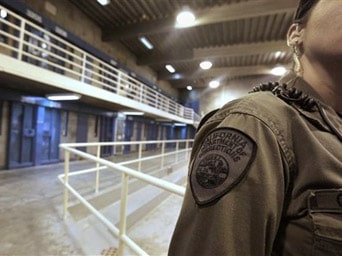 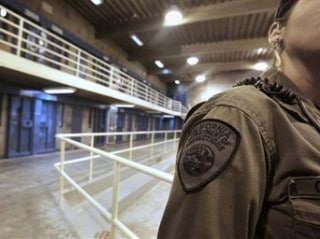 There are nearly 25,000 inmates being held in solitary confinement in the U.S., some of them put there for filing grievances or lawsuits, “The Catholic Worker” reports.

If you don’t know what solitary can be like, Associate Editor Jim Reagan of the “Worker” explains it “consists of prisoners being held alone in a cell without, or with restricted, reading material and mail as well as other items,” for at least 22 hours a day “with little or no natural light.”

What’s more, “Visits are severely limited and human contact is confined behind a barrier.” The impact of this torture (defined as such by international law) for months or years is that it pretty much destroys the human brain.

In the Security Housing Unit(SHU) at California’s notorious Pelican Bay prison (designed for 2,380 inmates but jammed with 3,156), in Del Norte county, 78 men have been confined to solitary by the California Department of Corrections and Rehabilitation(CDCR) for an incredible 20 years or longer.

Such treatment flies against the 1959 guidelines of the American Correctional Assn. that posited: “Segregation for punishment should be for the shortest period…and in any event not over 30 days.” ACA added, “Excessively long periods for punishment defeat their own purpose by embittering and demoralizing the inmate.”

According to the United Nations Convention Against Torture, Article 1, Section 1, torture is defined as “any act by which severe pain or suffering, whether physical or mental, is intentionally inflicted on a person…”  Destroying brain function seemingly would meet that standard.

Conditions at Pelican Bay are so horrific that as of last July its SHU became the focal point of a hunger strike by some 6,600 inmates across California, Reagan reports,  and spread even to prisons in other states.

In Pelican Bay’s SHU, “Fluorescent lights remained on 24 hours a day but there was no exposure to sunlight and no sight line to other cells or other people,” Reagan writes. Exercise was limited to five hours per week “in an individual wire cage in the prison yard.”

Bear in mind that solitary confinement—a far worse punishment than being sent to prison—can be meted out by a warden, with no judge or jury trial.  Some of the reasons for this crushing torture, according to Reagan, include “possession of five dollars, getting a tattoo or disobeying orders.”

Besides not meeting the strikers’ reasonable demands for limiting solitary, improving food, and ending the practice of punishing whole groups for one individual’s transgressions, the CDCR, which knows instinctively how to make a bad situation worse, took retaliatory measures against many strikers.

The CDCR opted to transfer strikers into administrative segregation where, Reagan writes, “they are denied access to all personal possessions as well as access to mail,” including legal mail from their lawyers! (What constitutional rights, eh?)

What California needs is a governor who will fire the genius running the CDCR, immediately liberate all those now incarcerated for the victimless crime of pot-smoking, transfer the mentally ill prisoners to asylums where they belong, get the juveniles out of the adult prisons, reduce prison populations so they do not exceed the capacity for which they were designed and absolutely ban the isolation of human beings. California also needs a public that will pressure their representatives to close down Pelican Bay and all it stands for. Until then, at minimum, a court hearing by a judge should be required before transferring any inmate to solitary, a punishment that can, literally, be worse than death and must not be left to the discretion of sadistic jailers.