Home Veterans What Is Really Going On In Syria ? 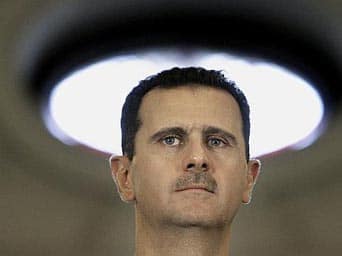 Editor’s Note : Two informed analysts from two sources weigh in on a very complicated situation in Syria. Both Webster Tarpley… and Elaine Hagopian’s analysis is accurate… the Syrians are caught between a rock and a hard spot.

And, the tide is ebbing rapidly!

The stakes are high. The entire region is affected.

Elaine Hagopian, is a Sociology professor at Simmons College in Boston and one of this country’s leading Arab-American activists. She got her first taste of politics at age eight in a grocery store in Cambridge, MA owned by her father, an illiterate immigrant from Damascus. “He had an incredible passion for learning,” she says. “Young men from our neighborhood used to hang around the store, reading aloud to him from books on politics and law. My father would digest what he heard and then deliver mini-lectures in the store on any number of subjects including Islamic law, superpower competition, and the Palestinian question.”

Like lots of other working class girls from Cambridge, Hagopian studied to be a secretary, but she had inherited her father’s love of learning and, at age 17, decided to attend Boston University. Her secretarial skills helped pay for some of her college tuition; the rest was covered by scholarships. After graduating in 1954 with a major in sociology, she went on to earn a masters degree in African studies and a doctorate in sociology, both from Boston University.

Assad and the Sectarian Game in Syria / The Real News Network

Elaine Hagopian: Syrians are caught between horrors of Assad and sectarian forces with external support…