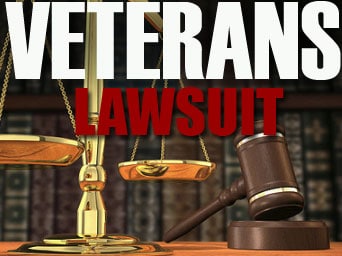 A federal judge Friday declined to dismiss the ACLU Foundation of Southern California’s lawsuit against the U.S. Department of Veterans Affairs over the agency’s alleged failure to provide housing and services for thousands of mentally impaired veterans.

The ACLU sued the VA in June, saying the agency had misused large portions of its campus on L.A.’s Westside, and had failed to provide adequate housing and treatment for homeless veterans. The ACLU decried “enhanced sharing” agreements that have allowed entities not related to veteran care to use much of the sprawling campus at Wilshire and San Vicente boulevards.

Enterprise Rent-a-Car, the UCLA baseball team and the private Brentwood School are among entities that lease portions of the campus even as thousands of veterans occupy streets and alleys, the ACLU said.

The VA sought to have the case dismissed.

In his order, U.S. District Judge S. James Otero in Los Angeles said the case should proceed. He said Congress through its laws has made it “crystal clear that Congress’ intention was to ensure that the [VA’s] land was used primarily to benefit veterans.”

Mark Rosenbaum, chief counsel of the ACLU Foundation of Southern California, hailed the ruling as “the first time in the nation’s history that a federal court has held the VA responsible for assuring that severely mentally disabled veterans have access to housing and services … they require to heal the wounds of war.”