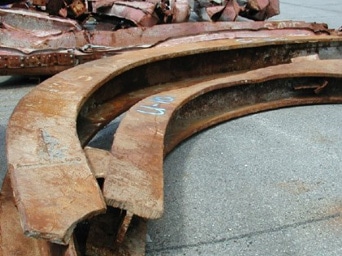 Consider this A Memo, add “NOFORN” if That Helps

I don’t want to spoil the surprise, one few will ever hear, a few hundred stokes and heart attacks, a few car accidents, an airline crash or two, isn’t that the way it’s usually done?

I am limiting this to addressing members of the military serving in specific commands, NORAD among others, on September 11, 2001.

I will preface this as simply as possible.

The move against our military, first through the Chaplain’s Corp, then the Service Academies, the firing of our best and brightest, the infiltration of the Department of Defense is on record.

The placement of key assets within news organizations, that and their outright ownership and control, is a given. 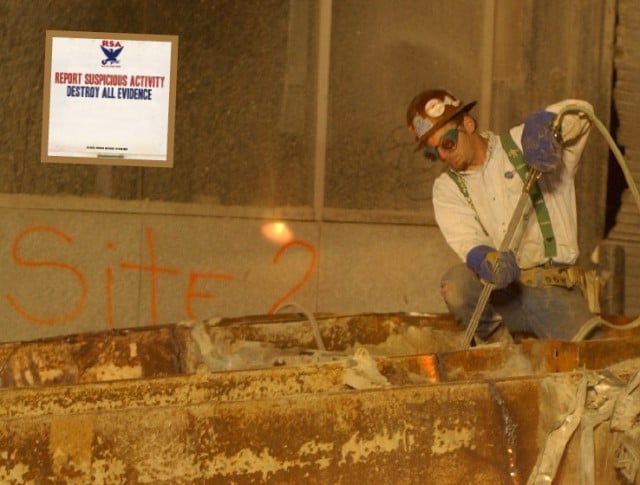 The private briefings on the Kabalah, done at the Pentagon were not unseen, those that we call Dispensationalists or Dominionists who believed that the numerological elements combined with the astrophysical alignments predicted were, as you privately call it among yourselves, “the finger of g-d,” had given you “biblical authority” to betray your oaths and bring about the wanton murder of thousands of Americans.

To you, the war mongering over Iran, which will never come to any fruition, is taken as a “sign” of the apocalypse as is everything else, every time you spill a drink or forget where you park your car.

It is you that turned the volunteer army into, first, a crusader force.  That force was destroyed, not in battle, but worn down by betrayal, yours, by misuse, by its own intelligence in noting that it, as in the military that served in Vietnam, sacrificed for evil in the suppression of good.

Many simply suspect what may well be the truth, that the Pentagon is the home of Satan and that George “W” Bush represented the Antichrist.

I don’t hold with such things, being a rationalist and having moderately normal human brain chemistry, something that you very well know might have ended your life on a garbage heap or as a suicide.  “Believers” will stop at nothing, as we learned in a multi-year study of the infiltration of the Air Force Academy.

I don’t get the psycho-sexual “high” that the mix of sexual perversion and religious heresy that the military ran on for 2 decades supplies.  Kubrick really had it right in Dr. Strangelove.

That one was simple.  The Air Force was to gain control of America’s nuclear arsenal, and taking advantage of key “assets” being placed in positions of usefulness among our nuclear command, the “rapture” could be brought about.

Thus, it wasn’t difficult at all, not given the decade, those who have changed heart, come to their senses and feel remorse at their actions to document the betrayal of America by those sworn to protect it from enemies foreign and domestic.

Those enemies, of course, to a great extent exist among the officer corps of our services.  Do I need to remind you of Minot/Barksdale?

Would you like to know how many of your “cover and deception” teams have been compromised?

Your teams tracking radiation sickness and birth defects have tripped over too many very suspicious medical professionals.  Getting careless?

The entire myth, the airliners, the hijackers, the nano-thermite, the failed bridge attacks, the radiation studies, you will be confronted with all of it if time allows.

You think the plans for the micro-nukes weren’t stolen with everything else, eventually passing into organizations that entered a very unpleasant “feedback loop?”

A dozen countries have them now, can build thermonuclear weapons, given some uranium 235 or plutonium, tritium and other more exotic materials and a nano-related high energy mechanism, all of which would be smaller than a grapefruit.  Are they terrorists?

I sometimes laugh, you secretly are passing around memos that you think you have discovered an ICF, (inertial confinement facility) in Iran that would only be of use in the manufacture of 4th generation nuclear weapons when your hope was that the abandoned 2003 program was looking for a “gun type” Hiroshima nuke that Iran could never get enough fissionable material to construct.

The problem, of course, is that the ICF that they really don’t have you do have in violation of the Comprehensive Test Ban Treaty.  This would mean, of course, that it had become possible to achieve a thermonuclear fusion reaction using less plutonium than needed to make a coin.

You think the worlds weapons physicists don’t talk with one another?  You love talking about others being terrorists.

No, you are the terrorists.

Fission was so messy anyway.  Think of all that heat, 10,000 degrees, no residual radiation, no mushroom clouds, just pancaking floors and enough missing steel to make 3 Nimitz class aircraft carriers that you could pretend was too big to keep for evidence so claimed you sold it to the Chinese as scrap.  First it all had to go to Staten Island where all evidence was destroyed.

By the way, the Chinese are still waiting for that steel from 9/11?  It has been a decade?  Is it traveling by canoe?

Need more? What of course you did, and you know very well who I am talking to, is out of delusion, got into bed with organized crime and were “had.”

Where is your army now?  Waiting to attack Iran?  Oh really?  Check the VA hospitals, look under bridges, in prison cells, this is where the best and brightest of your army is, where you put them.

As they wore down, you had them discharged on false pretenses.

Your first sign was when they started, years ago, murdering their families.  Tell me you don’t remember that?

As your criminal overlords collapsed the world economy, as your wars, being honest, we shall call them a cascade of defeats, went on year after year.

The army that trillions was invested in became a hideout for drug dealers, street gangs, the unemployable while our NCO corps ate more and more pills, suffered nightmares every night.

And now, as “veteran/civilians” await decades of processing, lost forms, shredded mail at the VA or psychiatric treatment at facilities that are being, as we speak, systematically defunded and sabotaged despite record levels of funding.

We watch such things very carefully. We watch these things like the clumsy crews tracking the effects of 72 hours of ionizing radiation on Lower Manhattan caused by your four devices back in 2001.

I only wish I could believe.  The idea of so many of you suffering in hell for eternity would give such pleasure but now I am beginning to sound more like you.

For me it is retribution, for you it is malignant narcissism and criminal psychopathy.

We don’t just have evidence, we have so much more.  Years ago, people were afraid of you.  Look around now.  Not everyone knows what you did but most around you do and have had to live with the aftermath which has, if you haven’t noted, been a disaster for America and touched nearly every family.

Try calling those phone numbers they gave you years ago.  For a few there will be an answer, for most, nobody will even remember your name.

We won’t forget and as for names, we have them all.

It isn’t just you, this is just my day to remind you.  There will be other reminders, this one is just meant to stimulate thought a bit. Then, of course, there are others to remind and the balancing of accounts.

There will be a balancing of accounts.  Second term is coming up and Romney and Santorum, the “stooges of choice” aren’t doing so well.

Ask yourself, does Obama know?  Does Biden forgive?  Will McCain and Lieberman be there to hide behind?

Perhaps you think what you know about others will protect you.

You think the Koch Brothers have your back or maybe Netanyahu?