Home Veterans Video: What Role does AIPAC Play in US Elections? 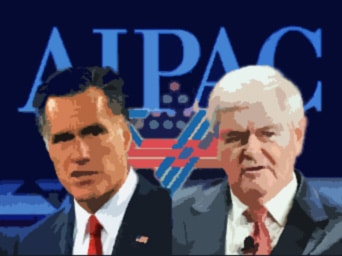 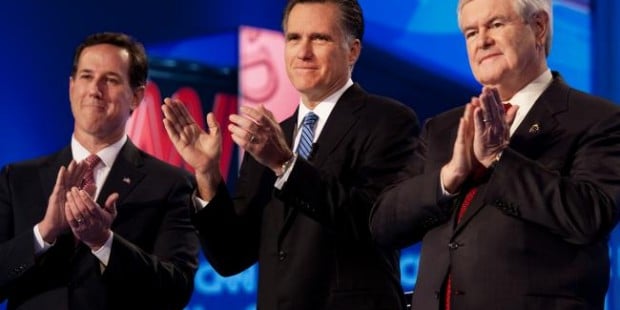 Republican candidates have been making their pitch to the most powerful pro-Israel lobby in the US.

Al Jazeera – The American-Israeli Public Affairs Committee (AIPAC), the most powerful pro-Israel lobby in the US, held its biggest annual conference yet with around 13,000 delegates in Washington.

To discuss these issues presenter Anand Naidoo is joined by: John Mearsheimer, the co-author of The Israel Lobby and US Foreign Policy; Larry Greenfield from the Jewish Institute for National Security Affairs; and Hillary Mann Leverett, a former White House and US state department official.

For all those bidding to become the next US president, it has become an essential campaign stop. The group has strong ties to the religious right and evangelical voters. And it is a very influential force in Washington politics.

Demonstrators from the occupy movement held a small protest outside the event urging no war on Iran and no US tax dollars for Israel.

On Sunday, Barack Obama, the US president, took to the stage and told the audience that Israel had never had a better friend in the White House. But he did not support Israeli military action against Iran’s nuclear facilities – at least not yet.

If Obama treated Israel like Reagan did, he’d be impeached. Former President Ronald Reagan’s confrontations with Israel were harsh and personal, yet Republican conservatives revere him and the Jews remember him as a great friend.“– Chemi Shalev, an Israeli journalist and political analyst

Three of the four Republican candidates bidding to unseat the US president addressed the conference on the biggest day of the nomination battle so far – ‘Super Tuesday’.

Rick Santorum flew in especially for the event before heading back to Ohio, while Mitt Romney and Newt Gingrich appeared via satellite link.

A number of Republicans have sought to attack the US president over his administration’s relationship with Israel. And the Republican presidential candidates have all tried to paint Obama as an undependable partner for Israel who is weak on Iran.

Mitt Romney said: “We’ve heard a lot of words from the administration. Its clear message has been to warn Israel to consider the costs of military action against Iran. I don’t believe we should be issuing public warnings.”

And Newt Gingrich said: “If an Israeli prime minister decides that he has to avoid the threat of a second holocaust through pre-emptive measures that I would require no advance notice to understand why I would support the right of Israel to survive in a dangerous world.”

So what role do pro-Israel lobby groups, and AIPAC in particular, play in the US election and why are they courted by those competing to be the next US president?

How do Barack Obama’s dealings with Israel compare with those of his predecessors, including Republicans?

“It’s critically important for any US contender for the presidency to go to AIPAC, to interact with the Israel lobby in a favourable way, because it enables that candidate to show that that candidate is strong, that the candidate believes in US exceptionalism, US preeminence in the world, that the US is still very much the indispensable nation in the world; the US has decisive influence in the Middle East and the US is not going to let that influence go as manifesting any kind of threat – real or perceived – against Israel. It allows a candidate to really demonstrate that and that’s in addition to all of the tactical things here in the US in terms of getting votes, financing ….”