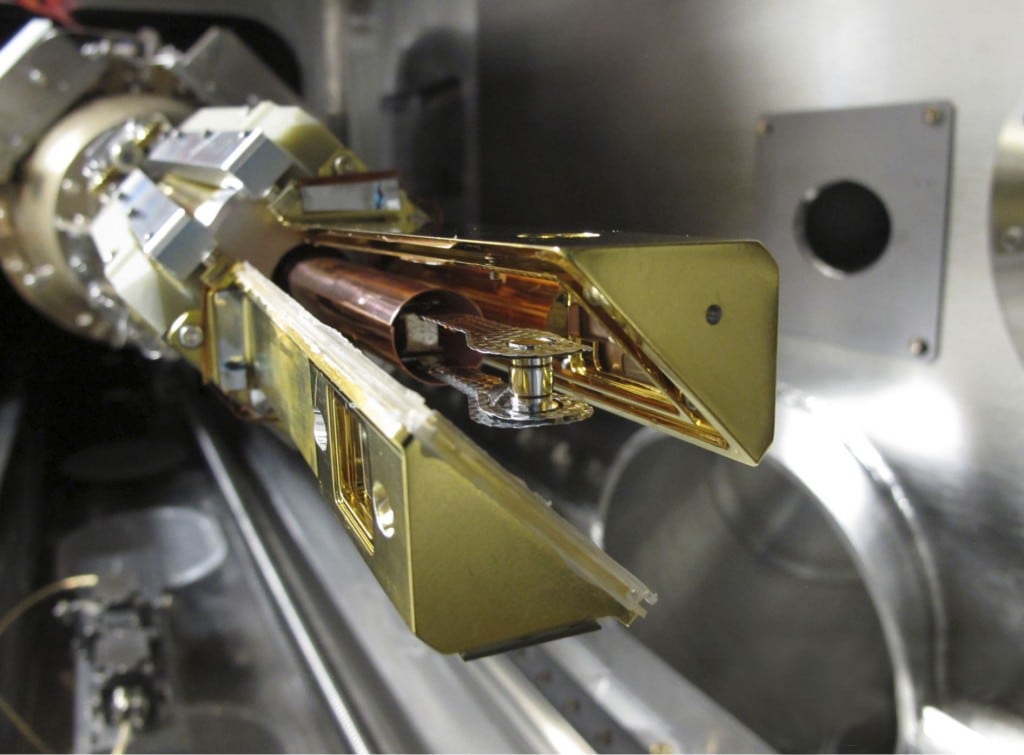 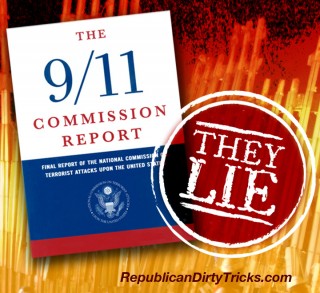 We have several issues to discuss today in our usual informal format.  As “disclosure” is promised, we will touch on that first.

11 years after 9/11, scientists from America’s weapons labs will be releasing conclusive data on the types of weapons used to destroy the World Trade Center.

The outlet will be through Jeff Prager, we will carry as much of the material, it is volumes, as possible, but the original source is both official, highly classified and less “unauthorized” than believed.

Word is, that, based on lack of any movement toward investigation, the White House has set a “leak anything you want” policy, especially during this election year and based on what is a fear that anything not disclosed now will provide a reason to silence President Obama prior to a very probable second term.

A bit of background and we will move on.  During closed hearings of the 9/11 Commission, information was requested of the Department of Energy about the possibility that nuclear weapons “may have been on the planes,” to quote what I am not supposed to be able to quote.  Remember, this was their line of questioning, not my own.

The DOE responded by saying that the smallest weapon in their arsenal was over 300 pounds and would fit inside a “steamer trunk.”

The photo below is of a second generation fission weapon first tested in 1959: 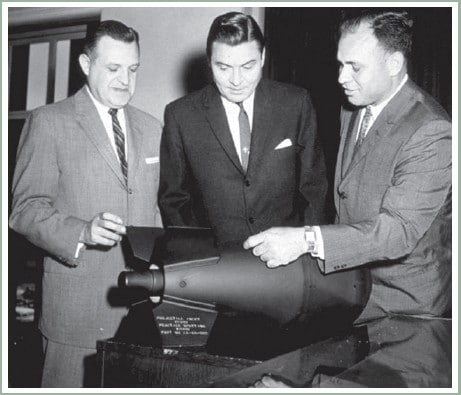 As you can see, the DOE lied to the 9/11 commission.  This is an actual weapon, not a “mock-up” or Pentagon paperweight. It was called the ‘Davey Crockett’…and I am not kidding.

According to government nuclear weapons designers, this is the size of a typical thermonuclear weapon available after 1991, shown in representative size only as a popular consumer soft drink:

This, according to government scientists is the current size of a thermonuclear device, a hydrogen bomb, containing a small amount of uranium or plutonium, no larger than a coin, a supply of deuterium, tritium and a highly classified “nano-laser,” probably chemically fired to replace the otherwise required fission reaction.

Such weapons have existed for over 20 years, multiples of which were deployed on “ground zero” on 9/11 and have been used repeatedly as “very large conventional munitions” in Afghanistan and Iraq.

Radiation is only 3% of that of a normal weapon, undetectable by Geiger counter, unable to penetrate skin, with a half-life of under 48 hours but fatal if irradiated materials are ingested.

Temperatures reach over 1 million degrees Fahrenheit and structural steel, concrete, human bodies or anything within 1-300 yards of “ground zero” is vaporized.

What goes on inside the coke can is described thusly:

We will be publishing some very embarrassing science but the words of researcher Jeff Prager are most appropriate:

Why The Truth Matters

The truth matters, in and of itself — and inherently includes an infinite number of plausible and often personal reasons, some known and some unknown at any given time.

The truth matters in the legal sense, as this is also a legal matter of mass murder and high treason, and war-making crimes against humanity.

And actual criminal details are part of catching and trying the perpetrators — even if the trials are in other countries or carried out by regular citizens groups here in the US.

The truth matters to the World Trade Center First Responders (and their families) who are dead (1,003 as of March 1, 2011) and dying of rare cancers.

We might also expect others living and working in New York City will be experiencing higher rates of rare cancers well into the future.

If my theories are correct, they are dying from cancers caused by exposure to nuclear radiation – in particular a newer and very short-lived radiation resulting from fusion of Deuterium and Tritium and which results in high levels of Uranium and Tritium, both of which were, indeed, found in high levels at Ground Zero.

The truth matters because the latest technology in nuclear bombs being used on innocent American citizens will outrage Americans more than anything else. Much more than learning about energetic compounds in the dust. Is not the most important goal in this to cause the people to wake up and act, before it’s too late?

Nuclear annihilation and radiation are perhaps the most odious things conceivable. This is precisely why the regime put out so many disinfo agents and theories!

The pancakes, thermite, and DEW theories were all put out to keep the people from finding out that the World Trade Center and its thousands of human inhabitants were nuked — vaporized, irradiated — like they were worthless pieces of less than nothing at all. Skin bags.

The fallout from this may never enter the public domain and will certainly be banned from both the public media or discussions by “authoritative” officials.

We are simply offering to the world scientific, political and intelligence community, the military of the world, that the last 11 years of history are unquestioningly related to a decision made by those speaking for the American people.

They believed that the detonation of multiple thermonuclear weapons on American soil and the murder of thousands, with first responders dying of radiation sickness every day, was excusable in accordance with either their religious or geopolitical beliefs.

We simply offer irrefutable proof only to those capable of caring for such things more than the comfort of delusion. Personally, I expect action, be it silent. You have my personal blessing.

A quasi-official group, headquartered in New York, with ties to government has been discovered manipulating world oil and gas markets as part of a project to destabilize the United States and Western Europe.  The group is using vast computer capabilities within Geneva, Switzerland (unnamed but we can easily name them) that are the most classified in the world.

We are unaware of who has tasked this group.  Members are young, some in their teens and use highly classified software that is predictive in nature.  One large and very unstable Wall Street bank and two brothers known for their extremist views have profited most from this.

Without these efforts, oil would be under $74 per barrel or have collapsed entirely.  Those involved are all “hackers” and are very unlikely to survive the project. 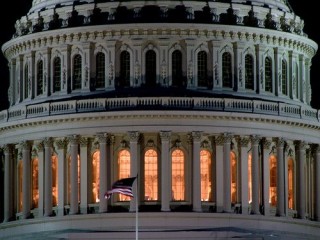 Of late, it is impossible to note that the US government has passed a number of regulations that  suspend constitutional rights, give the president full control over all industries.

There has been no reporting, votes in congress have been very one sided without debate, those who know will recognize what I am saying.

The “Hutaree” trial in Michigan has exposed FBI criminal acts and, unless the judge is silenced, it is likely the FBI’s program will come under scrutiny.

A similar effort in Arizona and elsewhere has been uncovered, FBI agents and/or informants planning car bombing attacks, attacks on police and public buildings have been uncovered.

This may well be the pre-staging of a domestic nuclear attack which could lead to disbanding congress.

As an American and constitutionalist, I find this idea frightening but as an American citizen who generally disapproves of congress and finds its actions a threat to the security of the United States, frankly I am not sure how to react.  If something very bad happens and I stand by America and congress is jailed or disbanded, is that a bad thing? Maybe not.

Does President Obama have enough support to use quasi-dictatorial powers?  Funny thing, generally I would say no with one exception. He would have the support if he ran against Mitt Romney or Rick Santorum.

Is there a computer somewhere predicting this at speeds faster than my own imagination? Yes, I am assured this is exactly what is going on. 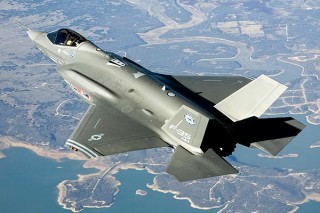 This program depends on the plane coming online in 2010, already 2 years late, other nations underwriting the cost, which most now reject, and the plane working, which it does not.

The software of the F 35, a plane built by committee, not so fast, not so stealthy, not so maneuverable and no longer affordable has gone one step further.

Nothing on it works as 10 million lines of code are hopelessly bunged up and the plane has fallen behind years in production, doubled in cost, numbers available will be very low and potential customers are running for the  exits.

Updates for the F 16 and F 18 are helping but it is probably time to scrap the project, update the F 22 and go to Russia and ask them to sell us something that actually works.

Catch the smell here?  Contact your elected representative and let them know that you recognize “the fix” when you see it.

The money supplies of Europe and the US are being assaulted.  Europe will dissolve into chaos first, frankly, they have been there for awhile.

A study of which areas of the world have literacy, health care and infrastructure will lead to some nasty surprises. And so it goes. 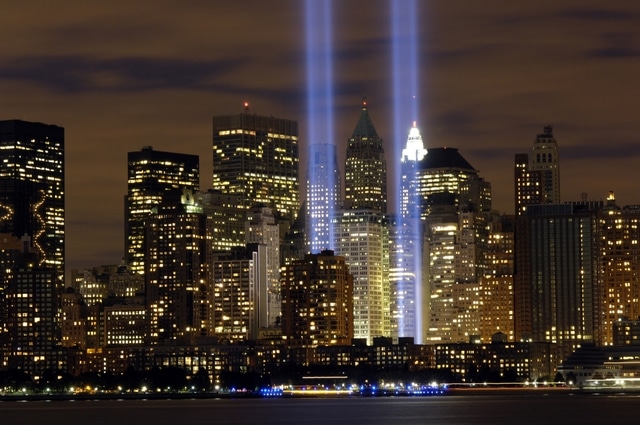